PAUL BUTLER: “I’M SICK OF CONLAN’S NAME BEING MENTIONED WITH MINE SIMPLY TO BOLSTER HIS PROFILE.”

There’ll be mixed emotions when Ellesmere Port super-fly Paul Butler dips between the ropes to resume his career at Liverpool’s Echo Arena on Saturday. 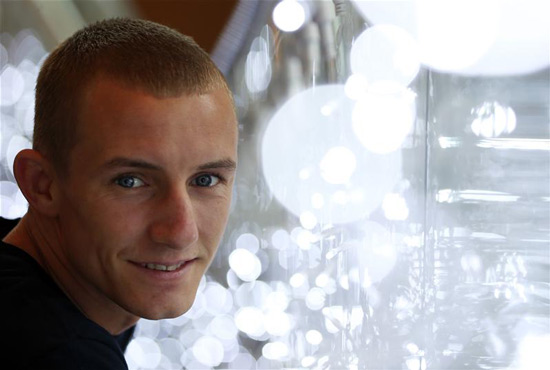 ‘A year ago, I was ‘The Man’, the headline act at The Echo and I’m desperate to get that back,’ says the 27 year old ‘Baby Faced Assassin’ who was flattened in eight during an IBF title challenge to South African spider Zolani Tete.

‘That’s why I’ve been working so hard in the gym and I’m almost there.

‘I do regret vacating my IBF bantamweight world title. I should probably have worked a bit harder on my strength and conditioning to build myself into the weight. That said, I made super-fly easier for my last fight than I ever have. Hopefully, Frank can deliver another world title shot at super-fly before the end of the year and I’ll be back topping bills, pulling in huge crowds.

Many must have wondered how Butler would react when promoter Frank Warren added conqueror Tete to the family firm last December but it is an addition that the former British and Commonwealth champion warmly embraces.

‘To be honest, I was’ made up’ when Frank signed Tete,’ he insists.

‘We kept in contact through Facebook after our fight but I didn’t expect our paths to cross again, especially when Zolani gave up his (IBF) super-flyweight world title.

‘I’m genuinely looking forward to watching his career progress and witnessing him win several more world titles. I believe he could go as high as super-bantam and perhaps one day challenge Carl Frampton.

‘I certainly won’t have any gremlins about returning to the ‘scene of the crime’ and fighting on the same bill as Zolani. I’ll not be worrying that this was the ring I got knocked out in. I’m actually really looking forward to returning there.’

If the world title trouncing initially bruised his ego, the ‘Arnie’ Farnell coached box-puncher insists that ultimately, it has improved him as a fighter.

He says: ‘My loss has made me miles better. When you’re unbeaten, you believe you’re untouchable but that stoppage forced me to go back to the drawing board. I’ve always had an impressive variety of shots and combinations but I needed to re- consider the basics like defence, footwork, darting in and out without getting caught – something Zolani did exceptionally well against me.’

We’ll be able to monitor the extent of his improvement on Saturday week when he commences his 2016 campaign which he predicts will conclude with the restoration of his world title status. He meets Mexican dangerman Sebastian Sanchez (12-1, 9 stoppages) over 12 rounds for an international super-flyweight title.

‘I’ve never been one for watching footage of opponents but ‘Arnie’ is, and he can’t find anything on this kid so we’re going in blind,’ concedes Butler.

‘I’ll take a look first round then go about my business. I’m not expecting too much trouble. I aim to get the win and add another title but it’s also very important to me to look good, put on a show for my fans.’

And the ‘Assassin’ has the added incentive that a stylish showing should propel him into the 115lb superfight that all Britain is eager to witness.

‘I’ve been told that victory will bring me a final eliminator for the WBO Super-fly title held by the (unbeaten and highly feared) Jap, Naoya Inuoe,’ he disclosed.

‘That should happen around May time and could very possibly be against Jamie Conlan, though I’ll not go to Ireland after the recent shooting at the weigh-in. It’ll have to happen at the Echo Arena now.

‘Conlan’s a fight we’ve been asking for, for ages and there’s absolutely no reason when it shouldn’t happen next. But his camp keep asking for ‘one more fight’ or saying it needs to be for something ‘meaningful’. It’s dragged on for far too long now and I’m getting sick of his name being mentioned with mine simply to bolster his profile.

‘Carl Frampton, a class act, got a win for the Irish against the north-west recently but that’ll definitely get reversed when I face Conlan. He’s just not good enough. I’ve not seen any improvement since he joined with Danny Vaughan in Marbella. He’s got far too many flaws and I’ll stop him within six rounds.’