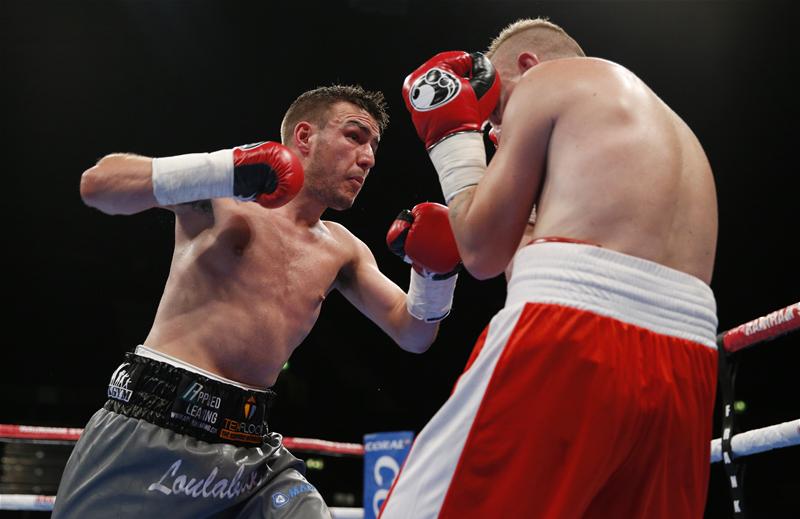 At the age of 25, and with six title fights on his ledger, Erith super-bantam Lewis Pettitt insists he’s finally ready to be unleashed against the division’s big guns.

‘I want big domestic fights. I want to end this season as British and European champion. I understand that British Champion Jazza Dickens is defending against Martin Ward in mid November so hopefully the winner will defend against me early in the New Year.’ Said Pettitt.

Already ranked number four in the world by the WBA, this month the likeable 5ft 4½in crowd favourite from Kent gets an opportunity to add the vacant Commonwealth title to a trophy cabinet that already contains the Southern Area, WBA Inter-Continental and WBO European belts.

He confronts 23 year old Lincoln battler Bobby Jenkinson, the Midland Area featherweight boss, in a supporting contest on the fabulous ‘Man vs Machine’ show at the SSE Arena, Wembley on September 26th.

‘I’ve done a fair bit of sparring with (current WBA champ) Scott Quigg and Quigg’s trainer assures me I fare better than most so I’m not far off. Other than him, the smallest I spar is super-featherweight Mitchell Smith.

‘If a Quigg fight was offered to me I’d jump at it. Compared with Frampton and Rigondeaux, he’s possibly the easiest of the three world champions. If Scott moves up to featherweight as is rumoured and number two is injured, it could be number three (unbeaten Las Vegas southpaw Jessie Magdaleno) and me boxing for the vacant title sooner than you think.

Jenkinson represents his first home-based opponent for over two years and having thwarted a Slovakian, a Brazilian, an Argentinean, a Georgian and a Croat in the interim, it’s a challenge that Pettitt covets.

‘This match is ideal,’ he insists.

‘My fans love the domestics cos the opponent will also have fans and there’s usually loads of singing and banter. There’s a much better buzz. Ultimately, the belt will give me a chance to fight decent Australians, Canadians and South Africans. Fights with Vusi Malinga or Tshifhiwa Munyai would be wicked.’

Though ‘Bobby Dazzler’ resides closer to home than his recent rivals, it’s been no easier to engage in reconnaissance.

‘So far we’ve not been able to find any video footage of Bobby,’ revealed Lewis.

‘There’s nothing on You Tube. I’m not really concerned but Al always likes a little look.

‘From what contacts have told us he’s definitely not to be underestimated. He’s beaten a few undefeated boys fighting out of the away corner. I’ve heard he’s a decent pressure fighter who throws a lot of shots and never stops coming forward.

‘But I’ll beat him cos I’m more experienced and because I’m ready to step up and finally get my name into the mix.” 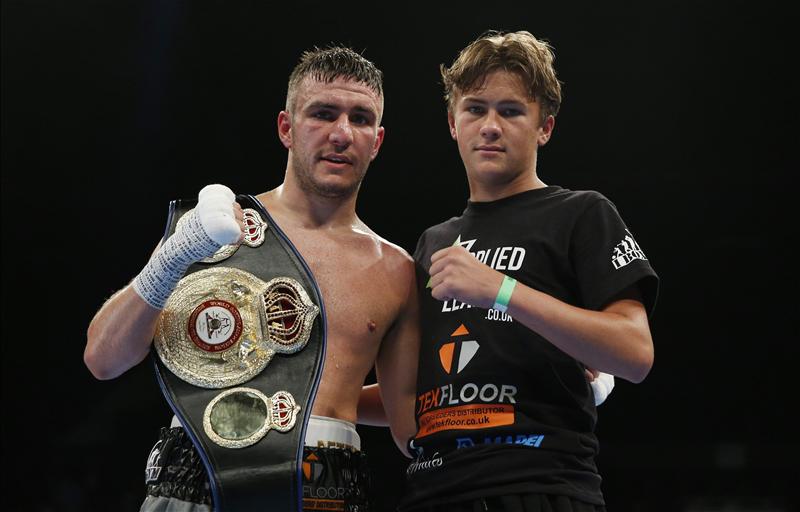 *Tickets are subject to booking fee.