PICK AND MIXING IT – THE BEST OF THE BOLTON BUNCH

There were some particularly encouraging performances from our fighters on Saturday night after the BoxNation cameras made a short notice switch from Cardiff to the Whites Hotel at Bolton’s Macron Stadium.

It wasn’t in the best interests of a number of our boys to wait until the rescheduled Cardiff date so we took the opportunity to slot them onto a VIP promotions bill broadcast live on the Channel of Champions.

It would be true to say the talent pool in the North West is well stocked and a good few of the boxers are getting to the point where they are ready to dip their toes in the deep end.

Middleweight Jack Flatley and super middle Dale Coyne continued their learning of the ropes, with both recording impressive stoppages, while Luke Blackledge showed his mettle by recovering from a shock first round knockdown to secure a clear victory.

Zelfa Barrett demonstrated why he is considered one of the most exciting young talents in the country with a savage first round stoppage.

Yes, his opponent – Elvis Guillen from Spain – has a losing record but, in his previous five fights he has taken on fairly established British prospects and not one of them stopped him.

Zelfa is a dedicated young fighter who is absolutely committed to training and improving under the guidance of his uncle Pat. Such an attitude will serve him well as his career develops on an upward trajectory.

Fight fans are going to enjoy watching Zelfa as he climbs the ranks towards world title contention. 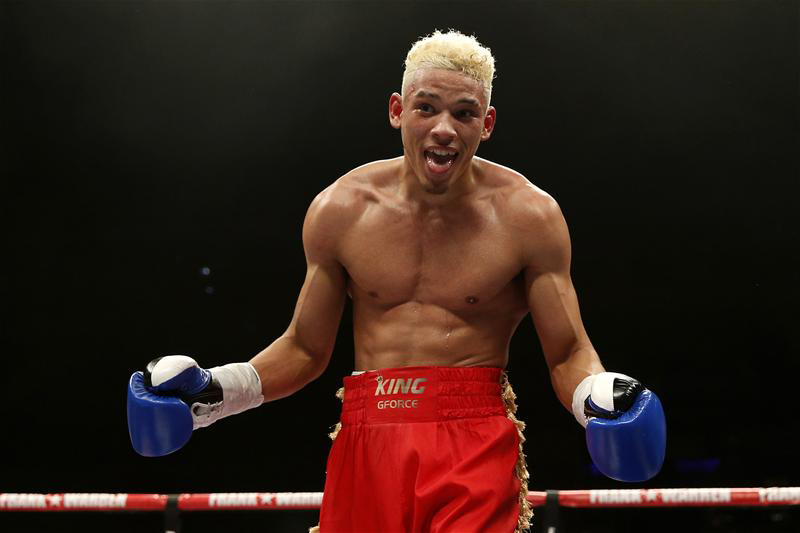 Another fine prospect starting to make a name for himself is Lyon Woodstock, who wasn’t fighting on home turf as he hails from Leicester.

Lyon clocked up his eighth straight win as a pro by stopping the usually stubborn Antonio Horvatic in the third round. Even though he recorded the stoppage, it was pleasing to see Lyon show maturity in the ring by taking his time a little bit, not rushing his work and picking his shots.

Young fighters don’t always have to blast opponents out in the first few minutes and it is a good sign when you see a rookie pro take his time and use the rounds required to do the job.

I am afraid the same can’t be said for Jamie Cox – although not a novice at the age of 30 and with 21 fights now behind him. Jamie seemed to take offence at his opponent not going the same way as his previous three in succumbing to a first round KO.

He lost his rag and showed a complete lack of discipline. His opponent, Martin Fidel Rios, probably did niggle him with a few illegal moves, but you got to rise above that and not go tit for tat.

Let the referee do his job – that is what he is there for. Neither camp could have had any complaints if referee Phil Edwards had stopped the contest and thrown one or both of them out.

I accept that Jamie has been a long time out of the ring and that might account for him not being the coolest of customers on the night, but getting drawn in to spiteful, niggly affairs won’t do him any good at all.

Jamie has got all the tools to succeed at the highest level, but he needs to add patience in the ring to his list of attributes and we will be looking for a marked improvement in this respect next time out.

More from Frank tomorrow on the brilliance of Butler