‘Beefy’ bids for a family first 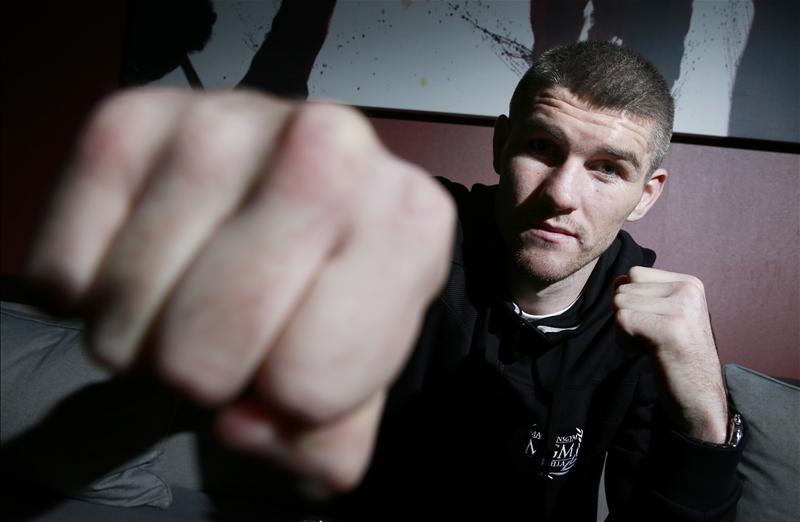 Liam Smith is now more than happy to abort his mission to complete one family milestone first now the opportunity to buckle up a bigger belt around his waist has come along.

The 27-year-old was seemingly booked in to defend his British light-middleweight title against challenger Kris Carslaw in September in what would have been a third defence of a belt he won against Erick Ochieng at the end of 2013 in Liverpool.

Success would have seen him retain his Lonsdale Belt for keeps, not to mention being the first of four boxing brothers to do. It is, however, an accolade he is ready to pass up on, given that he will be competing in one of three world title contests on a colossal card at the Manchester Arena on October 10.

Smith will face the Frenchman Michel Soro for the vacant WBO World Light-Middleweight title on a card that will also see Terry Flanagan make a first defence of his WBO world lightweight belt against No.1 contender and mandatory challenger Diego Magdaleno, with the rescheduled ‘Showdown’ between Andy Lee and Billy-Joe Saunders completing a magnificent triple-header.

Even though there is some regret that the Lonsdale Belt will not now take permanent residence in the Smith household, ‘Beefy’ could now make a greater deposit into the family valuables and in doing so become the first world champion of the fighting clan known as The Smiths.

“Yeah I know!” he reacted to the prospect winning world honours first. “Even though I was the last to win a British title, it looked like I was going to be the first of the brothers to defend three times and win one outright. That’s why I was looking forward to September, but now it has come across that it looks like I am going to be the first world champion out of the four of us. It would be a good thing to have!

“I’d love to have kept the British title, that was meant to be the plan until this spanner got thrown into the works with this title! I’m more than happy to go for this one and leave the British behind now. There are certain fights I would do that for, but this is not one of them.” 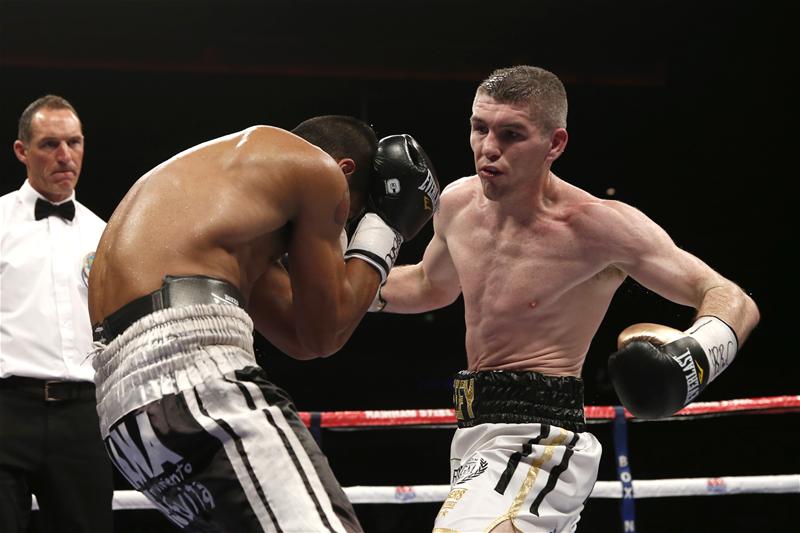 Smith is no stranger to the threat posed by Soro, who last time out stepped up a weight and claimed the vacant European title, knocking out Emanuele Blandamura in eight rounds back in June.

In 29 fights, Soro suffered a single defeat in a previous challenge for the world title and one draw, while his record of 17KOs suggests he packs a punch.

“I’ve sparred with Soro so I know a lot about him and he is a good fighter. He’s only lost once and it was for this title two years ago. I’m expecting a very good Michel Soro, but he will be getting a very good Liam Smith as well. It will be a tough fight, but nothing I wouldn’t expect for a world title.

“He has campaigned at light-middle but, for his last fight, he was nominated for the European middleweight title against Blandamura, who was Billy-Joe’s mandatory, but Billy-Joe gave the title up.”

Being part of a card featuring Saunders’ attempt to de-throne fellow Traveller Lee, in Smith’s view, more than compensates for his own tilt at a world title not taking place in Liverpool, where 13 of his 21 contests have taken place so far.

“No I don’t mind, I am happy to be part of such a massive card and on a bill with Billy-Joe and Andy Lee topping it. Even with three world title fights, that is a great fight in itself. I’ll gladly fight on such a good card and I’ll just defend my title at the Echo Arena.”

Smith agreed that he is at the point in his career when he does need the stimulation that comes with preparing for a major fight at the highest level and feels his time has now come.

“Everything needs to come at the right time for you and this has come perfect for me.”

Not that he imagined this would be the case back in July when a suited and booted Smith was puncher turned pundit when Flanagan defeated Jose Zepeda at the Manchester Velodrome.

While he eloquently analysed the night’s boxing, there was a clear longing to be between the ropes, rather than at ringside reacting to the action.

“Yes because I’m happy when I’m in the ring and I should’ve been on that card. If you asked me whether I’d rather be speaking on BoxNation or in the ring, I’d rather be in the ring. That’s my job and that’s where I’m meant to be. My job is not boxing analysis, I’m a boxing pro.

“I think everything happens for a reason. I never fought on that bill and maybe not fighting has led to me getting a world title shot, touch wood, in October.”

So no plans to become a wordsmith and rival sharp-suited eldest brother Paul on the punditry front? 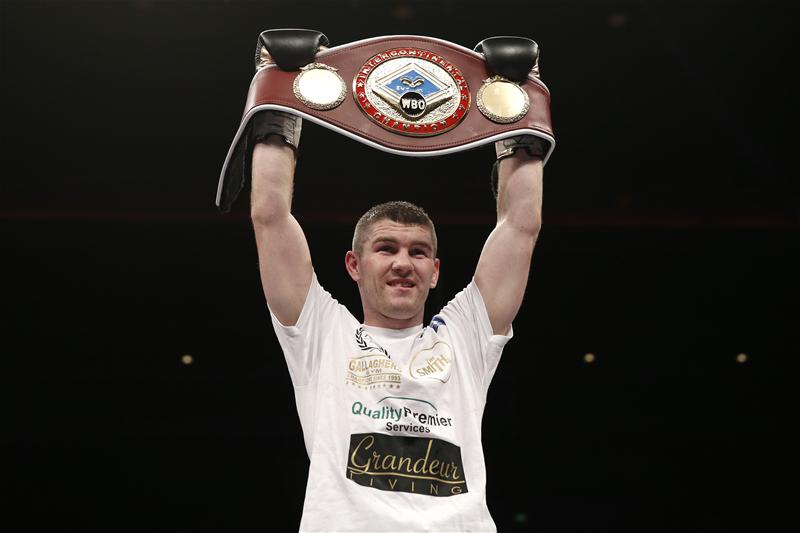 Fight nights for one of The Smiths see the other brothers – Paul jnr, Stephen and Callum – along with father Paul snr out in full support.

One member of the immediate family is more likely to be listening to a bingo caller than the ring announcer.

“She doesn’t cope with it! She doesn’t like it. She is proud of the four of us and loves the live we’ve got because of it, but she will be happy the day we pack it in.

“She doesn’t watch it and does everything in her power not to even see it on the telly by going to bingo,” he added, saying that Margaret’s only ask is a simple call or text to say it is all over.

“She sometimes sets an alarm and has had arguments with our aunties who phone her and say ‘he is just walking in the ring now’. That makes her worse and even more nervous because she knows we’re in the ring. She’d rather just switch her phone off and then switch it on when she knows it’s over and gets a text to say we’ve won or lost.”

Not that there has been too much in the way of defeats, with Liam and Callum unbeaten, Stephen with just a single loss and Paul Jnr losing only six out of 41 in a long career.

Liam suspects there are now heady days to come for the BoxNation brigade of fighters, with Flanagan already a world champion and Frank Buglioni, himself and Saunders soon to have a shot at the top, with a good few prospects awaiting their turn.

“The stable is getting better and better now. We’ve got Terry Flanagan, hopefully Frank Buglioni and, fingers crossed, we will have myself and I tip Billy-Joe to beat Andy Lee. So we’ll have four world champions then we’ve got people who are close to winning world titles like Liam Walsh and Derry Matthews, who has got an interim title.

“There are a lot of young fighters coming through as well, so it looks like it is picking back up to where we should be.”

Meantime, Mum’s the word for Beefy.