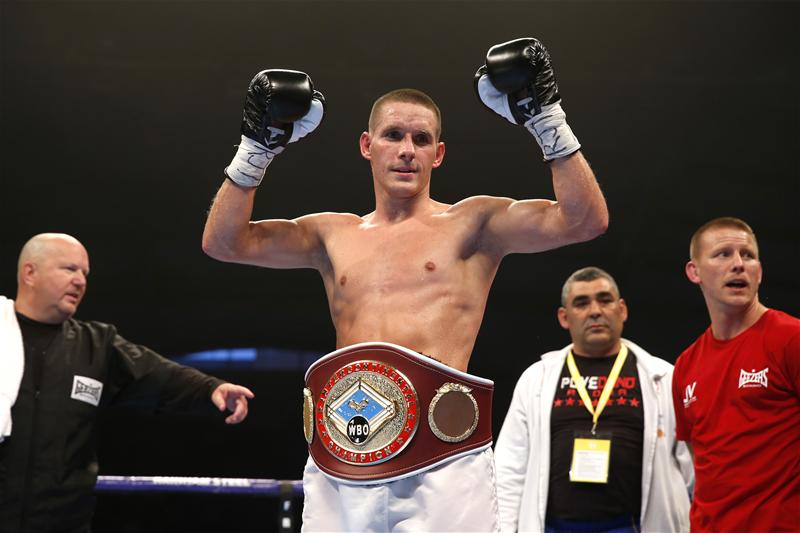 Easy Street will always be an unlikely destination on the career path of two-weight champion Liam Walsh. And he wouldn’t have it any other way.

In his 19 fights so far, nine have been title contests, with his first coming in his 10th bout with just three weeks notice, not to mention the small matter of not having previously been extended beyond a six-round examination.

Just 12 fights in, with the Commonwealth super-featherweight and WBO European lightweight belts already in safe-keeping at his Cromer home, Walsh signed up to take on WBO world champion Ricky Burns in December 2012.

This was the Scot in his pomp, having just demolished Kevin Mitchell in his first defence of his lightweight strap, already having reigned at super-featherweight.

The seemingly tall order for the relative, but resolute, novice did not come to pass due to Walsh being involved in a harrowing car accident during the build-up, forcing him to reluctantly pull out after suffering significant injuries.

A journey down a country lane came to a shuddering halt and his Burns Night was not to be.

“I was in quite a bad crash and was cut out of the car,” relayed the 29-year-old from his training base in Tenerife. “I had a bad back problem, a problem with my ribs – it wasn’t just a little nudge. There was no way I could’ve fought and wouldn’t have got through the medical anyway.

“I was on a country lane when a car came out and sort of T-boned me and span me round. It didn’t roll the car, but it was quite a bad knock and it wasn’t good.”

It resulted in Burns being the one that got away, denying Walsh a status he still craves to this day – being a massive underdog in a hype-fuelled match for world honours.

He rates the Scot highly, but still suspects an upset could well have been on the scoring cards.

“I think he was at the peak of his powers then as well,” reflected Walsh on what might have been. “He was off the back of knocking out Mitchell, the best he’s ever looked, but I well fancied it and if that fight could ever be made again I would jump at it. I always felt I had what it takes to beat him and I know I have – you’ve got to be elusive, to move and frustrate him.

“Ricky is what he is, he’s a hard, hard man – gutsy and solid. You can’t just walk in and get rid of him as he hasn’t been stopped – he’s fought ten rounds with a broken jaw and is a hard man. People say he can’t punch, but I think that is crazy because if a 12-year-old hit you in the face ten times with an eight-ounce glove you are going to know about it. How many one-punch knock-out artists are there in the world right now?

“It would have been a hard fight for me at the time it was made, but I definitely fancied the job. If it was made again, with me having five or six more championship fights now, I would be more than confident.”

“In the last three years I have had a lot of experience, good fights and 12-rounders. Maybe I wasn’t ready for it back then, but I felt ready and would have stepped up to the plate. The very least it would have been was a respectable fight – I ain’t going to go in there and roll over for nobody. That wouldn’t have done me any harm and could have been win-win really. I would have been quite a big underdog, I accept that, but there wouldn’t have been much in it either way.” 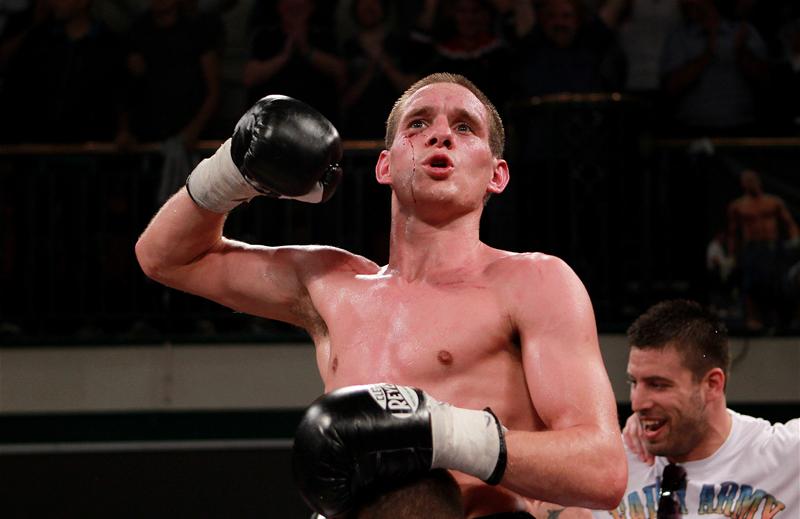 Fast forward nearly three years and Walsh can now be considered a potent ingredient in the heady cocktail that is the British lightweight division.

This period of time has seen him compete in a further five title contests – his one non-title fight was due to a late withdrawal – and remains unbeaten in 19, seemingly effortlessly switching between two weights.

It was announced last week that he will be next be fighting at Manchester Arena on October 10 on a card featuring Terry Flanagan making his first defence of his WBO lightweight belt.

Although he suspects he is not quite at the front of the queue, Walsh does declare himself more than ready for a charge at the Turbo.

“I don’t know who I am fighting at the moment – Flanagan would nice! I think he is fighting someone else but, if I had my way, I would go straight into the Flanagan fight. That would be my wish.

“I don’t think it will be do-able this time, so maybe next time. I don’t really know what the plan is just yet, whether I will defend the British or the WBO bauble thing I won last time and improve my ranking to put me in a stronger position to fight Terry.”

The likes of Burns, Mitchell, Anthony Crolla, Derry Matthews and Scott Cardle are currently in the lightweight mix, with Walsh last week an interested viewer as Luke Campbell and Tommy Coyle squared off in Hull for local bragging rights.

Walsh believes the unbeaten records of himself and Flanagan would not be dented by the current Brit-pack.

“It is a hot division and I do think me and Terry can beat all the others,” he insisted. “I’m not overly impressed with Campbell, although I know he is a decent fighter, an Olympic gold medalist and a good lad.

“If I got offered that fight tomorrow I would take it within a heartbeat. I would love that fight, but it would be nearly impossible because they are not going to want it because it is early for him and he is with a different promoter so it is a lot harder to make. I am not calling him out but if that fight got offered to be today I would take it. I would just fancy it so much.

“Even on the world stage, we are on top of that at the moment, with Crolla, who should be the WBA champion and Terry being the WBO champion.

“Jorge Linares is good, but I thought Mitchell had him almost done at one point before he lost grip of the fight in the end. He is one of the tougher ones though and he is huge at the weight as well.

“I think now is the right time to fight Campbell, but he will get better. He had his feathers ruffled a few times by Coyle, who I know is a bit unconventional and charges in. I saw enough in that fight to know that people are getting a bit ahead of themselves. I don’t think he is ready for world level yet. If that was a world title eliminator… If he took on Linares now he would be in a whole world of trouble.”

Being undercooked for a tilt at world level is not a fear held by Walsh, who believes his early step up to title contention served him well for the sterner challenges he hopes are soon forthcoming.

“I took a punt and I don’t think there are many young fighters out there who with that experience would have agreed and gone through with it.

“I wouldn’t change anything. You get kids coming through who get an easy ride with hand-picked opponents all along, then when they get in a fight they don’t know what to do and they’re all over the place. I’m not going to fall foul of that because I’ve been matched reasonably good I think and I’ve been in title fights since my ninth or tenth fight.

“I’m not going to get caught like a rabbit in the headlights at any point and when it comes to a real fight I will be more than happy to oblige. I’ve had a good apprenticeship and I’m ready to take on the big fights now. I really want them now, big fights with a huge press around them, I want to be an underdog – that is what is going to get me excited now.” 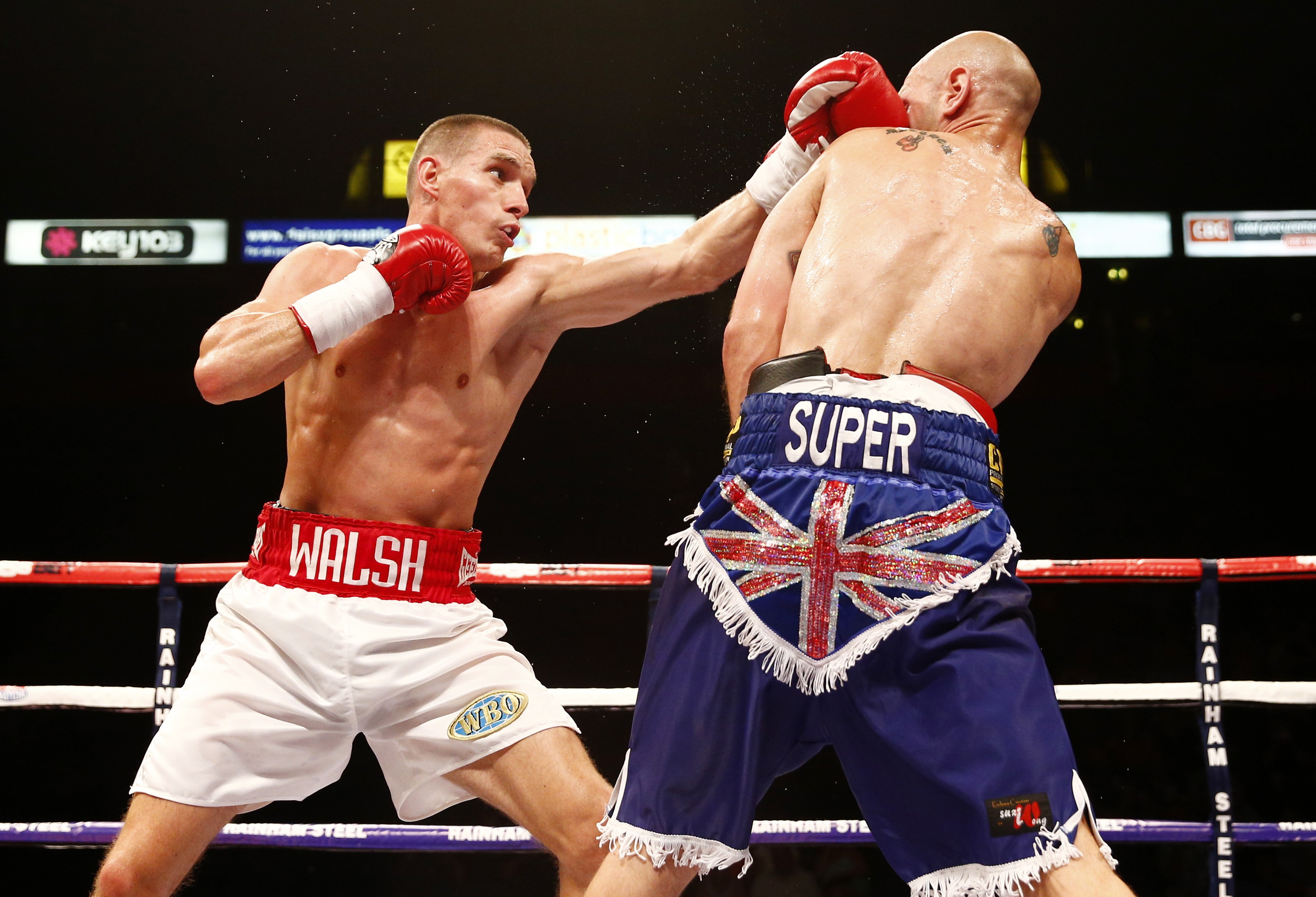 Although nearly out of his twenties, Walsh reckons time is in his corner in his quest to realise his ambitions and take on the cream of the weight he finally elects to conquer.

“I don’t think I’m in my prime yet. Age is only a number, it is how you treat yourself, I’m a late developer and I’ve always banged on about that – I didn’t have hairs under my armpits until I was 17 or 18! It was a long process, I still feel very young at 29 and, although I do feel ready to strike, it is not massively urgent because I was a later developer. My best years are coming and the next two or three will be big for me.”

Walsh appears to care little when it comes to choosing at what weight he will take the plunge at world level. He holds titles at both and it could just be a case of which opportunity knocks first.

“No not really, although I do like having the extra five pounds because it makes it a little bit less grueling,” he pondered on his weight-watching options. “I know I can hold my own at lightweight, I am a decent size and I know I can cope with any lightweight in this country, so it doesn’t really bother me. When I go to the well and get that five pounds off to go to super-feather, I do feel that I hold all the aces and feel so strong and go in with a totally different mentality, like ‘I am the boss here and there’s no two ways about it’. At lightweight I maybe don’t have quite the same mentality, but still don’t feel the other lightweights can beat me.

“If when I speak with Frank (Warren) and we decide to go the lightweight route then maybe I can start knocking off some good opponents. I’m easy. It is wherever the biggest fights can be made. If I got a call next week offering me a world title fight at super-feather then I will be at that weight.”

Three weeks into a nine-week stint in Tenerife preparing for his next outing with fighting brothers, Michael and twin Ryan, Walsh is more than content whiling away the non-training hours with passions perhaps more associated with retirement than the ring.

“I absolutely ruined Ryan last night at Scrabble – and my missus! Every single night we’ve played scrabble and I absolutely love Countdown. I keep meaning to get a chessboard out here too… I am proper boring like that and, yeah, I look forward to being old, putting the slippers on and sitting on a rocking chair having hours and hours to do the crossword and play Scrabble.

“We can’t get Countdown here because we haven’t got a TV, but I love it and one day me and Ryan are going to write in and apply to try and get on there. It will be a case of who wins out of us when we get under the lights! One day we will get on there.”

For now though, it is more about inflicting count-outs than Countdown. 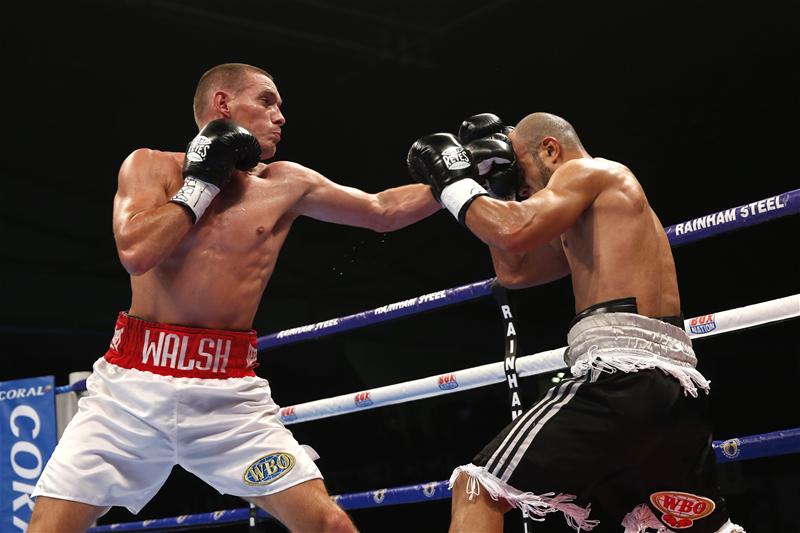