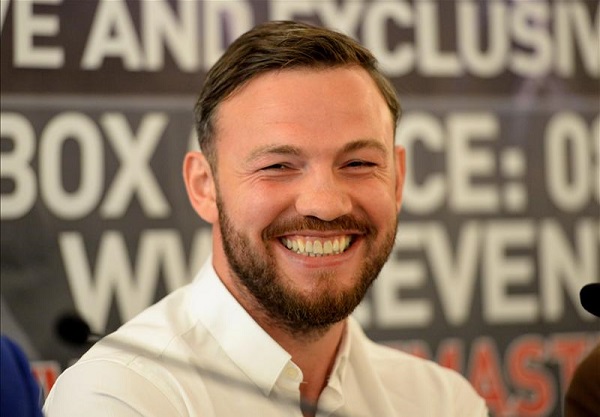 A knowing smile crossed the features of Andy Lee when it was put to him that the experts have got his next fight well and truly worked out in advance.

Limerick’s Lord of the Ring takes on mandatory challenger Billy-Joe Saunders in his home town on 19 September with his WBO World Middleweight title on the line.

The accepted wisdom has the outcome being either a points victory for speedy technician Saunders or a hefty knock-out triumph for the champion. Saunders has displayed admirable ringcraft in amassing an unbeaten record in 21 professional contests, with just over half concluding by KO – but just one of his last six. Lee, however, possesses the ‘equaliser’ a handy heavy tool to call upon in times of trouble. Some 24 of his 34 career wins have come courtesy of a big KO.

“Urm, I think it’s a fair reflection on what might happen in the fight,” responded Lee to the popular predictions.

While these outcomes will no doubt attract the shortest odds, the 31-year-old suspects a coupon-buster might just come into play.

“It doesn’t always work out that way and you can have the best laid plans until the bell goes,” he reasoned. “What was the famous Mike Tyson quote? Everyone has a plan until they get punched in the face.

“Anything can happen in a fight, especially this type of fight where we will be bringing everything. Just be prepared for anything.

“I think Billy-Joe is an excellent boxer, he has proven that and I have to give him that respect. I won’t make the mistake of underestimating him.”

While Lee does not hide his admiration and respect for his younger challenger, he holds an absolute conviction that there is not even a puncher’s chance of the night ending with the belt changing hands. 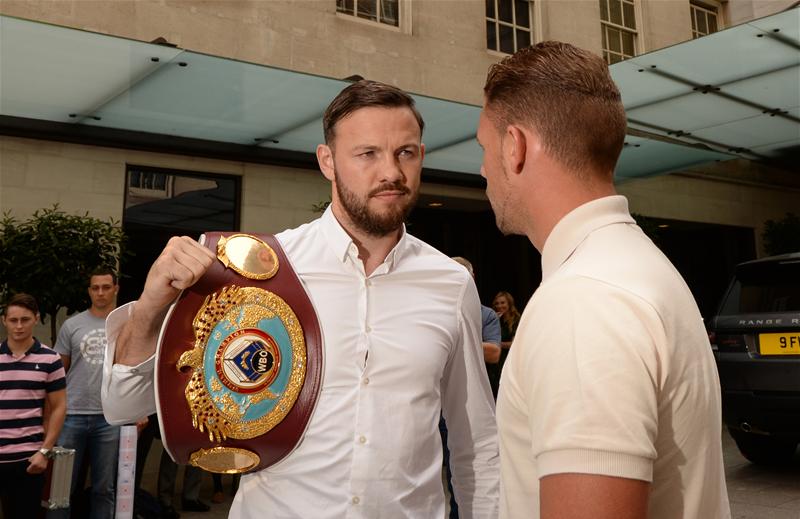 “He fights at a fast pace and throws a lot of punches, whereas I’m more of a one, two-punch power puncher. He might try and outwork me but in doing that he is going to take a lot of chances and leave himself exposed. So if I’m honest, without being arrogant, he is going to have to box better than he’s ever boxed before to beat me.

“I’m just going to have to box my regular, regular fight, but the way he fights might knock me out of my stride so it’s going to be an excellent fight. Like I said, be prepared for everything.”

A crowd of some 33,000 is anticipated at Limerick’s Thomond Park for the BoxNation televised event, an occasion and atmosphere that even the well-seasoned Lee admits he will have to mentally prepare for.

He is not a stranger to the home of Munster Rugby and he paraded his WBO strap at half-time during the Munster-Leinster game last December in the wake of his stunning victory over Matt Korabov in Las Vegas.

The reception and ovation he received on his homecoming is likely to be somewhat dwarfed when the two gladiators of travelling stock take to the ring under the lights in the middle of the pitch.

“It is a once in a lifetime thing and it’s a great honour to be able to do this fight in Limerick. Dealing with the occasion and atmosphere I am going to have to work on and picture in my mind mentally before we get out there.

“I’ve been out on the pitch before at a game, but at a fight when all the attention is there for me, will be special. But as soon as I get in the ring and the introductions are over, I will get down and focus.”

History will be made as soon as the bell sounds for the beginning of round one in that this is the first time two men from Travelling backgrounds have fought for a world title. Lee, who became the first to be crowned when the referee called time on Korabov in round six, simply cannot contemplate the prospect of living with a defeat to a fellow Traveller.

For either himself or Saunders there would be no respite, no forgetting who lost out on the night a new chapter in boxing history was played out.

“Everywhere we go that is what we would be remembered for, wherever you go in your own community it would be ‘he lost that fight, there he is’.

“Travelling people respect that it takes a lot to stand and fight anyway, but they like winners and we’ve got to do everything we can to win.”

Not that Lee envisages himself facing such a trauma. 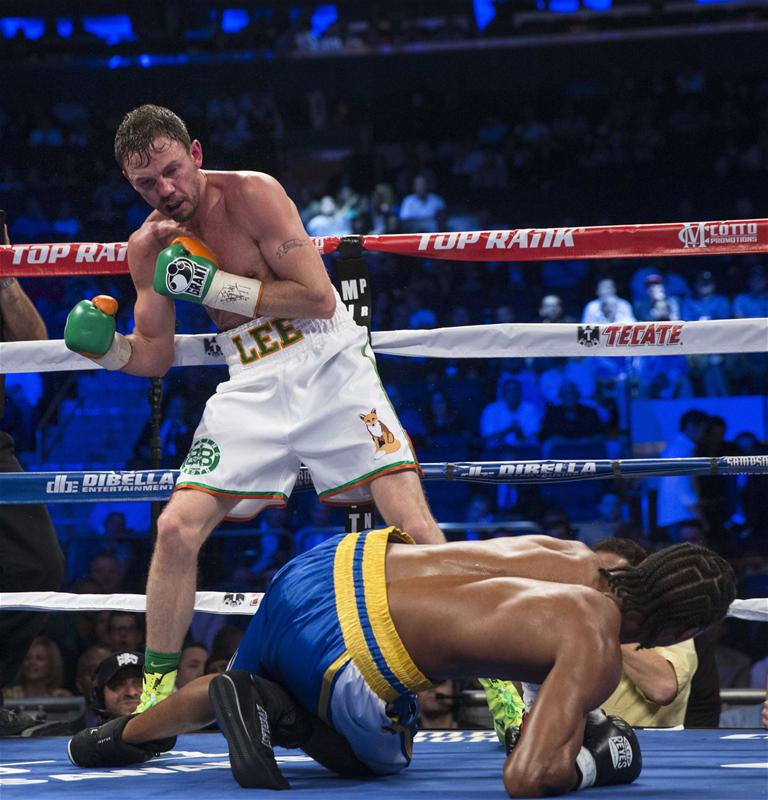 Whoever’s arm is raised towards the Limerick sky at the end of the night, Lee hopes the History Boys can provide a lasting legacy when it comes to engaging a new clutch of travelling prospects, agreeing that it is perhaps surprising that he is a pioneer when it comes to winning world titles.

“I think now young Travelling boys are taking it a lot more seriously. Traditionally they have got to 18-19 and have fallen away from the game. The ones who turned pro were just guys who just stuck at it or were journeymen.

“I think in the future a lot of Travellers are going to be champions,” he predicts, adding that the September set-to provides the perfect platform to inspire future generations and showcase travelling culture in a positive fashion.

“Yes and it is important that we represent our people, who have had such a spotlight and bad image. Both of us are good representatives, positive role models for younger kids, not just travellers, all kids. It’s nice to do that.” 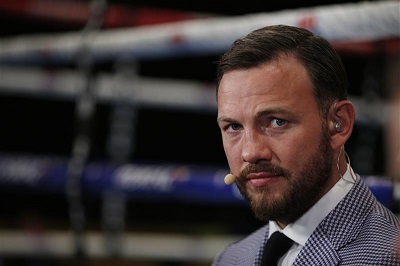