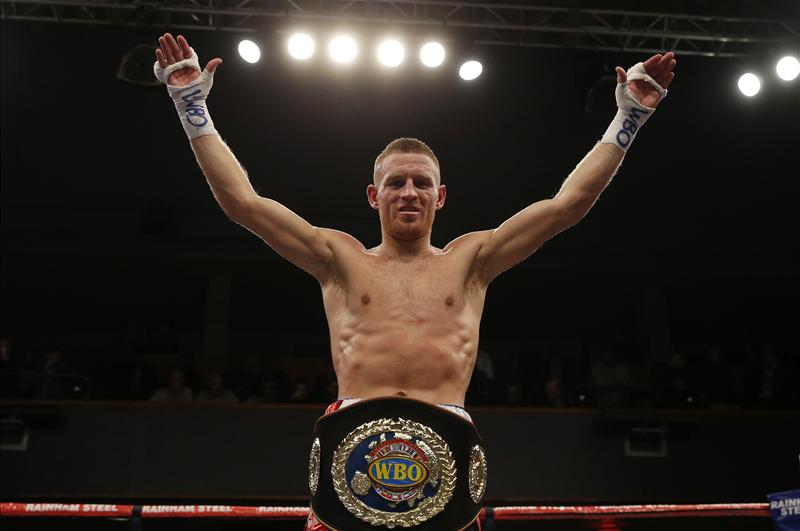 The WBO Lightweight Championship of the World is at stake, the opportunity is to become the first Englishman to claim such a belt, the setting is the scene of many a glory night in the world of pedal-power and just happens to be walking distance from his front door.

For Terry Flanagan though, it is just his 28th night at the office.

The Manchester Velodrome is the stage for local boy Flanagan to contest the vacant title against Jose Zepeda on 11 July,  a coming together where something has got to give between two unbeaten fighters – someone’s 0 has gotta go.

Such is his nature and pre-fight mode, Flanagan won’t be doing anything different as he approaches his date with what he believes is his destiny at the venue situated alongside the home of his beloved Manchester City FC.

There will be no pre-fight snarling or shoving to whip up late interest, just an inner belief and conviction that his time has come. Time to step out of the shadows and become Manchester’s first world champion since Ricky Hatton a decade ago. 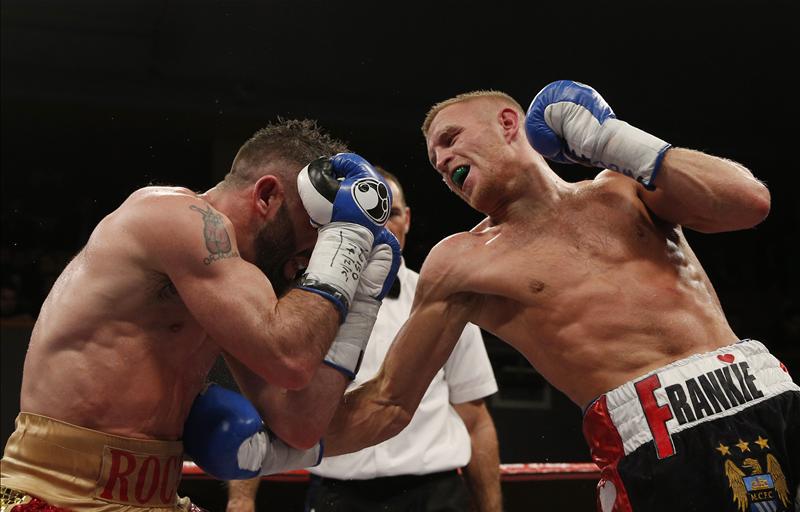 “It is for me – I just see it as another fight,” said the 26-year-old on his mindset going into the biggest night of his career. “I know it’s a bigger fight, a world title fight, but at the end of the day it is still two people getting into the ring and having a fight. At the end the best man will be world champion. I won’t think about that until the end.

“It will just be me and him, man against man,” added the man known as Turbo, who admits there is a sense of occasion surrounding the event, opponent and location. It is just that he chooses not to let it enter his pre-fight thinking.

“I always blank it out. I don’t listen to any of the hype, none of the talk – such as who he’s been sparring with or knocked out in the gym. I just ignore it all, get on with it and do what I do.

“It is great and what I asked for, I couldn’t have asked for more. What they’ve done for me, getting it five minutes away from my house, a world title fight – it is unbelievable.

“I am happy, but I also would have been happy to go over there and fight for a world title. To get it here is even better.”

While he may be opting for the low-key approach, there is no getting away from the fervent local – and increasing national – interest in the fight.

“Absolutely everyone is buzzing, telling me they are going to my fight, stopping me in the street and telling me they can’t wait and not long now. I hope they all enjoy it and have a great night.”

The Blue side of Manchester became synonymous with boxing during the Hatton era, with Blue Moon ringing out as the Hitman took to the ring in front of his adoring army.

Flanagan hopes there will be more of the same reserved for him being a solid Cityzen, but knows that times have dramatically changed since City fans sought a spot of reflected glory via the exploits of a famous fan.

“At the time Hatton was boxing City had nothing really,” he reflected on the days pre-Sheik Mansour lavishing his millions to elevate City to the nation’s elite. “They were down in division one or borderline Premier League. Now we’re winning things.

“The City fans used to jump on it to follow Ricky Hatton to be part of someone winning things, but now City are winning stuff. Hopefully they will get behind me too, like they did with Ricky.

“I’m a big City fan and I go when I can. Training interrupts a lot, but when I can go I do.”

While happy that his team has acquired a winning habit and the trophies to go with it, Flanagan admits there is one trait he does not want to share with his favourites should he have his own Aguero-moment and emerge victorious against Zepeda. That is failing in the first defence and not landing successive titles.

“When we win the league we seem to take our foot off the gas a bit and don’t go for back-to-back titles once we’ve won it. You can’t do that in the Premier League because every game is a hard one.

“If you do that you are gonna get beat and we lost against the lesser clubs, but still beat the bigger clubs.

“It is something I won’t do! Every fight I have always trained 100 per cent. When I fought journeymen early in my career I always thought ‘I can’t slip up’ – I was too scared of losing to take anyone lightly.”

Flanagan knows he will be up against it against the highly rated Zepeda and has employed the assistance of gym-mates Jack Catterall and Robbie Davies Jnr for sparring to ready himself for the challenge.

He views his mission as one far from impossible, believing the threat he poses to his opponent to be the greater. Not that he has been scouring through YouTube to study endless footage.

“Not much, I leave it to my coach and he tells me what to work on,” he reported. “I’ve seen bits of him and I know what to expect. From what I have seen, he is good, really good, so I know I’m in for a hard fight. He will be too because he has not fought anyone as good as me.

“I haven’t fought anyone as good as him, we are both unbeaten and it is going to be a great fight.

“I think people will be looking at me as favourite, I’ve had the harder fights. The people he has fought he has bullied out of there, but I would have done the same to them.

“I know he switches to southpaw at times so I have been working on that because I have not fought many southpaws. Training has gone really well and I can’t fault it.” 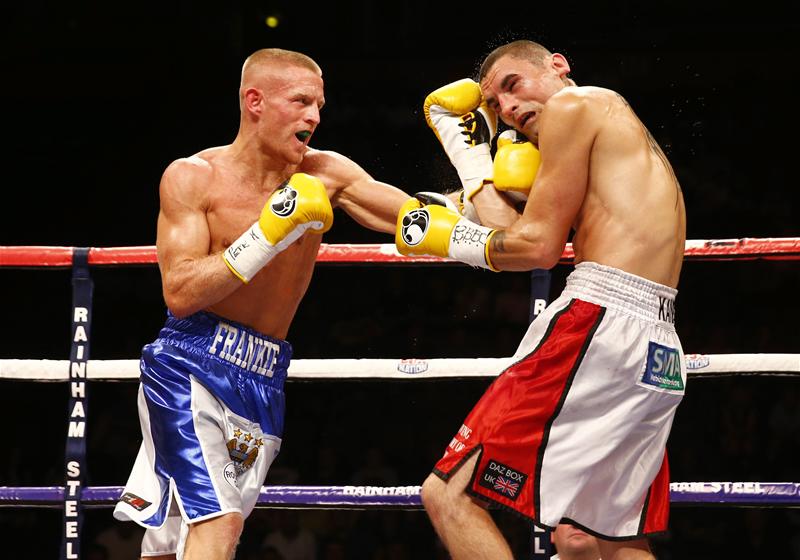 The profile of the Turbo should really be fully charged should Zepeda be added to his victim list of vanquished opponents, something he feels he would deserve after quietly going about his boxing business to date.

“It’s got to do, hasn’t it? If I win this I will be world champion and people should start to take notice of me.

“I haven’t really tried to be low key, I’m just not one to shout my mouth off saying I’m going to do this or that. The likes of Kevin Mitchell, Anthony Crolla and Derry Matthews have all been beat, I haven’t, but they still talk and get world title shots. I’m unbeaten, my title shot is here now and I think it is well deserved,” added Flanagan, who admits there was an annoyance over being frozen out of the British-mix earlier in his career before claiming the Lonsdale Belt in 2014.

“It did a bit because I think I should have been at British level a lot sooner than I was. I’m glad to be at world level now and I think I’m where I need to be – a world title shot at this stage of my career having just turned 26. It’s going to be an interesting few years now.

“I still wouldn’t have minded experiencing those fights at British level. Even if I did take a loss, they would have still been good learning fights. When I have been put in with good kids I’ve dealt with them – most of my last ten opponents have failed to reach the final bell. It shows I’m doing something right.”

Indeed he is, but it was a bruising battle in the Black Country that provided the passport to punching at world level. Stephen Ormond used his head, but not in the smartest fashion and was disqualified in the 10th round at the Civic Hall in Wolverhampton after Flanagan had established significant gains on the judges cards. The WBO European title was duly won and a shot at the bigger prize secured.

“That’s it, we knew and that’s why we took the fight with Ormond when I could have defended the British,” he recalled. “When I was offered it for a world title eliminator I jumped at the chance.

“There was a lot of pressure on the fight and I done what I needed to do. I didn’t show what I could do in parts of the fight and made it scruffy and got dragged into a scrap a bit – I won’t be doing that in this one.