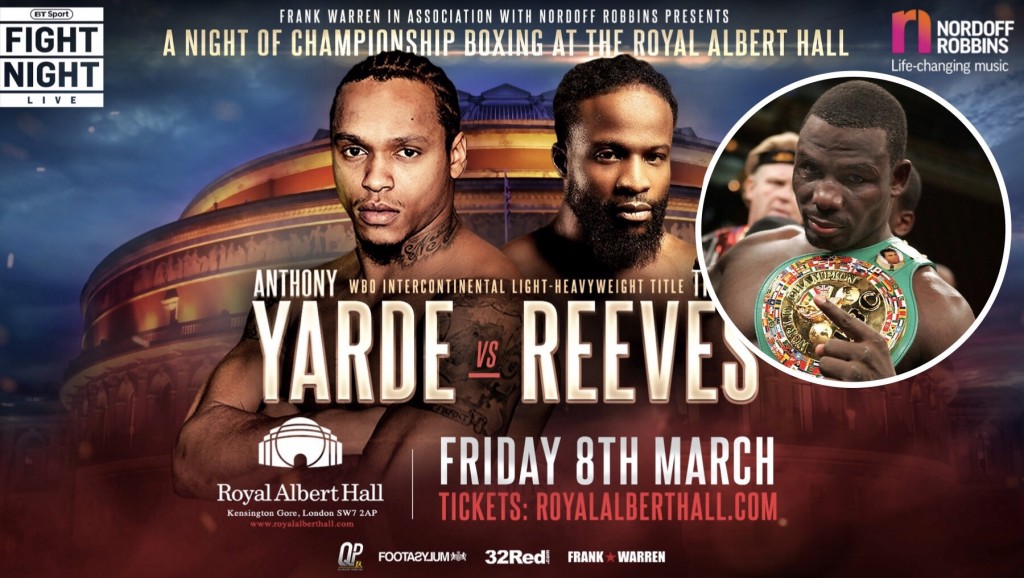 TRAVIS REEVES will be motivated by his trainer Hasim Rahman’s shock win against Lennox Lewis when he faces Anthony Yarde.

Rahman caused one of boxing’s biggest ever upsets when he became IBF and WBC champion back in April 2000, knocking out Lewis in five rounds.

Reeves (17-3-2) will attempt to cause his own stunner when he challenges Yarde (17-0) for the Ilford man’s WBO intercontinental light-heavyweight title at London’s Royal Albert Hall on Friday March 8, live on BT Sport.

He believes Rahman’s stunning win and his tough Baltimore boxing roots will play their part when he faces Yarde in only the second professional boxing show at the famous venue in more than 20 years.

Reeves said: “Look at Hasim Rahman when he beat Lennox Lewis. Like him, I am coming to win.

“You look at the fighter who have come out of Baltimore like Gervonta Davis, Jarrett Hurd, Vincent Pettway and Hasim Rahman.

“We are just a different breed and we do not come to lay down. Win, lose or draw you are going to know we’re there.

“I can’t give you too much, but wait and see what I have got. It is definitely going to be an exciting fight.

Besides having Rahman in his corner, Reeves is also trained by Vernon Mason who ironically fought John H Stracey at the Royal Albert Hall in 1974.

Reeves added: “I follow boxing and London has played a big part in the history of the sport. I can’t wait to put on a show for fans there.

“Let us see what Anthony Yarde has got on March 8.”