It is eight months since Amir Khan last pulled on a pair of boxing gloves and went to work in the ring, winning an uninspiring points victory over Chris Algieri in New York. And it seem it will be a further six months before he fights again.

This is far too long for a fighter of Khan’s calibre to be out of action.

I feel sorry for him because after being given the elbow by Floyd Mayweather jnr, his old stablemate Manny Pacquiao has also left him in promised land by opting to complete his trilogy with Timothy Bradley instead.

Pacquiao’s promoter Bob Arum claims Khan can’t get the necessary pay-per-view figures in the US and that he has a ‘spotty record’. That may be harsh but true; nonetheless Amir is a decent fighter and an equally decent young man who deserves a better break now that at 29 he is at the crossroads of his career.

An obvious and long-debated fight with Kell Brook in June would be a massive earner for both. Alternatively he has been nominated as mandatory challenger for the WBC belt to contested by Danny Garcia and Robert Guerrero later this month.

Should Garcia win it would offer Khan the chance of redemption for the ko loss he suffered against the Philladelphian in 2012. But it is unlikely this re-match could take place before the summer.

Whichever route Khan chooses, there is a real risk of rust if he does not get back into the ring again soon. He has fought only three times in as many years. 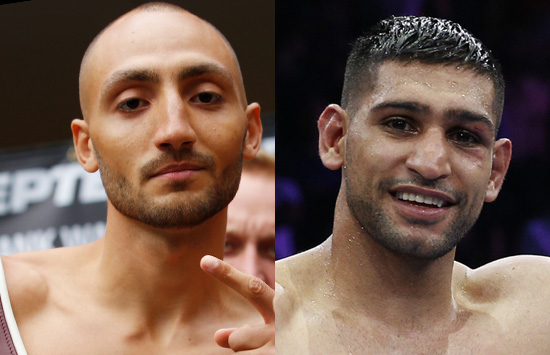 So he should consider my offer to him of a fight with Bradley Skeete at welterweight, or if he finds any excess pounds he may have accumulated through his inactivity hard to shed, with our WBO super-welterweight champion Liam Smith.

Both are attractive matches that would fill any arena in Britain, where he needs to re-establish a home following.

I have always liked like Amir and I admire the work he has done for many charities and the less privileged, as well as in areas of distress around the world.

Yet once again he has missed out on a boxing biggie as well as being by-passed in the Honours List despite being such a fabulous ambassador for sport.

He is also rare among Muslim sports personalities who are prepared to do as Muhammad Ali did and publicly condemn acts of terrorism committed by those who defile Islam.

The Khan commitment to Britishness has always been evident from the days his Pakistan-born dad Shah supported him in those Athens Olympics 11 years ago, wearing a Union Jack waistcoat.

But for the sake of his career he needs to temporarily shelve the good deeds and knuckle down to some serious fighting if he wants to become a world champion again.

I believe he can beat Brook, a fellow 29-year-0old who has himself been out since last May. These are relatively young men in boxing terms, not old-timers who need to regain a bit of puff between fights. They should be boxing regularly.

Brook was last in action on May 30, 2015, stopping Frankie Gavin in six rounds.

However it now appears that Brook may make a mandatory defence against the number five ranked IBF challenger Kevin Bizier, a French Canadian.

This may prove to be a hard sell over here for while Bizier has a 25-2 record those two defeats came against one Jo-Jo Dan, the Romanian-born southpaw who performed abjectly against Brook in Sheffield last March, floored four times and retiring after four rounds.

As for Khan, he has wasted almost two years abortively chasing fights against the Money Man and Pacman and has nothing to show for it. Surely he cannot be happy to use up another five months of his career waiting on the Brook fight.

The danger is that hanging around for so long could well diminish any hunger he has left for the game.

In contrast to Khan’s procrastination, my man Billy Joe Saunders has itchy fists. He can’t wait to get back into the ring to defend his newly-acquired WBO middleweight title and we have offers coming out of our ears. 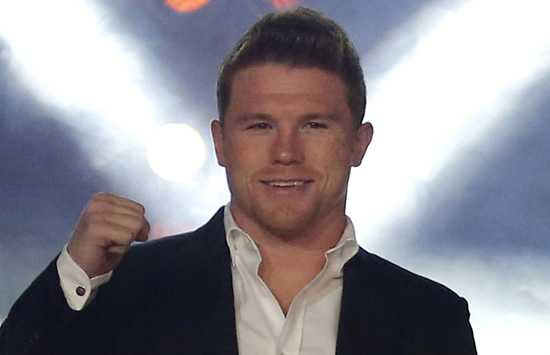 Golovkin, Alvarez, Cotto, and inevitably Eubank jnr, the names keep rolling in and we are spending this week talking and sorting them out.

We have also received an intriguing alternative offer for ‘Canelo’ to fight Liam Smith, another of our action-men world champions who is muh in demand.

Once we’ve looked at all the options – and the money, of course – we’ll some decisions.

So watch this space.