RIGONDEAUX: DICKENS HAS GOT THE GUTS TO GET IN THE RING WITH ME

Cuban megastar Rigondeaux, renowned for his devastating hand speed and lightening quick reactions, made it clear that he is gunning for IBF Super-Bantamweight Champion Carl Frampton and WBA Champion Scott Quigg and plans on taking their belts once he has beaten Dickens.

He said: “I’m going over to England to win and then I’m going to beat Frampton and Quigg. I want to make a point that I’m here waiting for them, they know where to find me! I am a warrior and I will fight anywhere; even in my own backyard. I commend Jazza for stepping in the ring with me,”

“This is the best fight for me at the moment. This is the fight that my promoters got me. If the kid has the guts to get in the ring with me then I respect him for doing so. I want to take on the winner of Frampton vs. Quigg, they have both been avoiding the best in their division and there’s nowhere for them to hide now.” 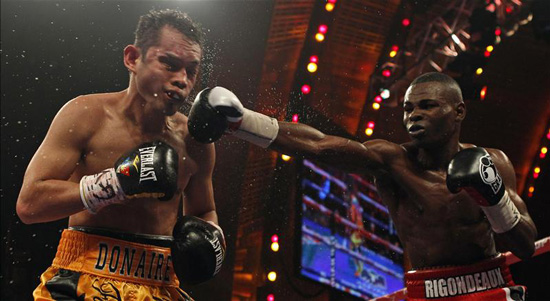 The 35 year-old two-time Olympic gold medallist was stripped of his WBO World title last October after failing to make a defence of it in 2015. Rigondeaux is frustrated at his lack of opponents and believes he has the rest of his weight division running scared.

Undefeated Rigondeaux is regarded as one of the greatest amateur boxers in history and has fought in Japan, Mexico, America and Ireland. ‘El Chacal’ or ‘The Jackal’ is now looking forward to showcasing his skills on these shores for the first time and promises English fight fans won’t be disappointed.

He said: “I would love to fight for titles against champions in England. I know the fans love their boxing and I’m looking forward to showing them what a real champion looks like. I’ll go to England or anywhere where the action is at, if they sign the right cheque I’ll be there. If any 122 pounders have the guts to step in the ring with me they will get beaten up.”

Merseyside hero Jazza Dickens has already been written off by many people in the boxing world but the chirpy Scouser remains upbeat about causing one of the biggest upsets in boxing history.

He said: “The odds are massively against me but I’ve got a good feeling! I always believed an opportunity like this would come up one day and it’s all the better my people can come and watch it at the Echo Arena. This is a massive opportunity for me and I’m going to grab it with both hands,”

“When I look in another man’s eyes I can see he’s just the same as me. I’m a man and he’s a man; we both feel courage and we both feel fear. On the night we’ll be stepping in the ring as equals and I believe I have what it takes to beat him; I wouldn’t have taken the fight if I didn’t.”

He added: “I have to go in there with my plan and be focused at the job at hand. I hope he is the champion that he has always been because I want to beat the very best Guillermo Rigondeaux there is.”