RIGONDEAUX SLAMS FRAMPTON AND QUIGG AHEAD OF UK DEBUT 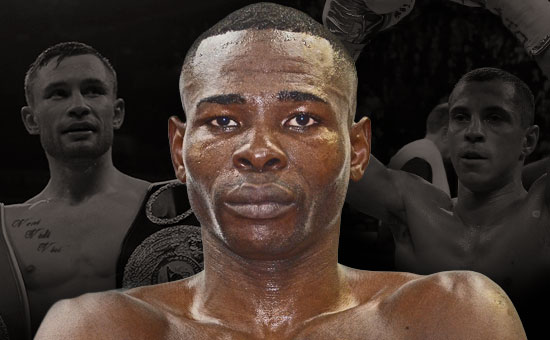 The hard-hitting Cuban was far from impressed at the pair’s cagey unification fight and sent out a series of tweets reiterating his desire to take on Frampton once he has beaten Merseyside hero Jazza Dickens, who he takes on at Liverpool’s Echo Arena on Saturday 12th March, exclusively live on BoxNation.

The two-time Olympic Gold Medallist ran a poll on Friday night asking his followers if they thought the winner of Frampton versus Quigg would be “man enough” to fight him. 1,477 fight fans voted in the poll with a resounding 62% predicting that the winner would carry on avoiding the unbeaten superstar.

‘El Chacal’ once again branded his rivals as cowards for avoiding him stating: “After I fight @JazzaDickens10 the looser of #FramtonQuigg should fight him and the winner should stop running and fight me.”

Rigondeaux, 35, is determined to show the world that he is the true Super-Bantamweight king and on the morning of the fight told followers: “I don’t care who win 2nite. I only want for the winner to know I fight him anywhere anytime.”

With his lightening quick reactions and devastating hand speed, Rigondeaux has been one of the world’s most avoided boxers. The former unified Super-Bantamweight world champion again made it clear he wanted nothing more than to take on both Frampton and Quigg and urged them to give the public what they wanted.

He tweeted: “Just so #FramptonQuigg know. I still want to fight both of you. So STOP THINKING ABOUT A REMATH. FIGHT ME FIRST!”

After Frampton’s showdown with Quigg failed to live up to the hype surrounding it, it appears boxing fans around the world would prefer to see the new unified world champion take on Rigondeaux with many people agreeing Saturday’s was too boring for a rematch.

Cuba’s Rigondeaux was clearly unimpressed with the Northern Irishman’s performance and took a swipe at his rival’s boxing ability tweeting: “No wonder he is been running away from me 4 years. He can’t even box. Do you guys remember what happen 2 Nonito? Wait until I get his guy!”

Even Sky Sports boxing pundit Glen McCory said that he’d like to see the new two-belt champion take on Rigondeaux instead of taking a rematch.

He said: “I’d like to see Frampton fight Rigondeaux. He’s regarded as number one and I think that’s a fight Carl should take.”

If Frampton is to prove he is the true Super-Bantamweight champion that he says he is then he must take on Rigondeaux to settle the score once and for all. Hall of Fame promoter Frank Warren backed up Rigondeaux’s claim to be the best in the world after watching the slow burner.

He said: “After all the hype, Frampton v Quigg fight failed to live up to expectations. The fans know that Rigondeaux is the genuine world champion and as he’s stated plenty of times he’d be happy to fight either of them, but now he’s after Frampton. Fans can see the real 122 pound world champion in action in Liverpool on Saturday 12th March.”

The avoided Cuban heaped more praise on his next opponent Dickens for taking the fight and advised Frampton and Quigg to take a leaf out of the gutsy Scouser’s book.

He tweeted: “The only of these guy that got my absolute respect 2day is @JazzaDickens10. He made no excuses. Hope these guy learn something from him.”