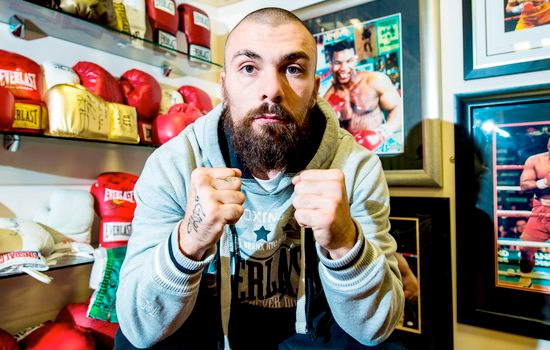 I was deeply saddened by the news of the passing of Mike Towell following his British welterweight eliminator contest in Glasgow on Thursday night.

‘Iron’ Mike’s partner Chloe and his family and friends, I am sure are in the thoughts of everybody in the boxing community and beyond.

My sympathy is also extended to his opponent Dale Evans, also his trainer Gary Lockett and his team, who themselves went through a harrowing experience earlier this year when Nick Blackwell was hospitalised following a British title defence agauhst Chris Eubank jnr..

By simply a horrible coincidence, the referee for the Blackwell fight, Victor Loughlin, was also supervising the Towell-Evans fight.

There is no suggestion of any mismanagement of the fight on the part of one of boxing;’s most respected and experienced referees, but this will be a traumatic time for him all the same and I am sure he too will be able to count on the support of the boxing fraternity.

In her poignant post on Facebook revealing the heartbreaking development, Chloe did reveal her partner had been complaining of migraine-type headaches in the weeks leading up to the fight.

Hard though it is for fighting men to save a bout for another day, it is at times like this that you have to rely on the boxer to be open about their condition before stepping into the ring.

A fight can always be rescheduled and all boxers must remember this.

The debate over boxing’s place in sporting society generally raises its head in the event of a rare tragedy – only the second fatality here in over 20 years, but in this modern age of hybrid combat sports, boxing is almost certainly the safest.

These guys want to fight, it is how they choose to earn their living and that is why we need all the stringent medical regulations and safeguards that have long been in place.

No doubt the abolitionists will again be out in full cry but unfortunately, as in almost any sport, you cannot completely eliminate risk and tragedies do occasionally occur, such as the death of a cyclist in a road race during the recent Paralympic Games.