ROUNDS IN THE BANK – THE FRANK WARREN COLUMN 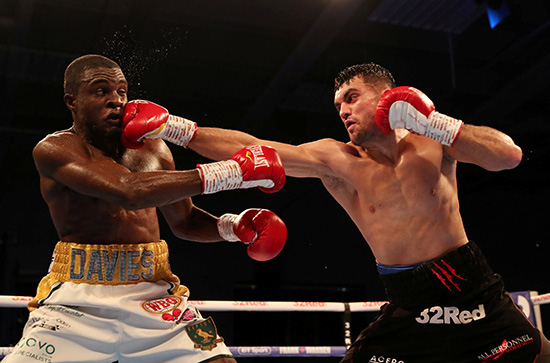 WE CERTAINLY GOT the rounds in up in Leicester on Saturday and, as is often the case, it really was no bad thing.

Properly matched fights tend to go long and that is how it played out at the excellent Morningside Arena, where the fans stuck with the action until well after midnight.

I was, however, a bit disappointed that the much anticipated match-up between Jack Catterall and Ohara Davies didn’t live up to its explosive billing, but all we can do is make the fights that people look forward to seeing between fighters at the top of their game.

As a fight it just didn’t click, the styles didn’t gel and it became a bit of a game of chess in there, with each trying to trick the other into making a mistake from which they could counter.

When all is said and done, Jack won the fight. I spoke with Ohara after and he was questioning the decision, but I told him I thought he lost and that is the truth of the matter.

The fight of the night was undoubtedly between Archie Sharp and Lyon Woodstock, who served up an absolute treat for the fans.

It’s funny, the last time we were in Leicester Lyon had a bad start against Paul Holt for the Area title and perhaps it takes him a couple of rounds to get going. Having said that, you cannot take anything away from Archie, who went to the other guy’s back yard, fought it out and did what he had to do.

Fighters who do it away from home show they have got that little extra something about them.

He is a box of tricks and he used all his advantages so well – height, reach and everything. Lyon showed incredible heart and if that won fights he is a champion. 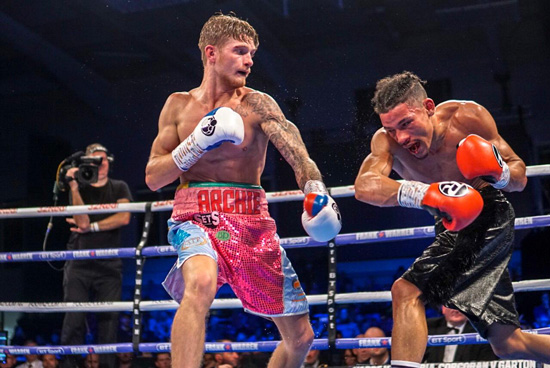 Both of them gave their all and delivered a cracking fight that will surely be shortlisted for ‘Fight of the Year’.

Our new man Sam Bowen ticked all the right boxes in his first fight for us against Haracio Alfredo Cabral, a real tough nut who came to fight. Sam showed great intelligence against a canny operator and he did what you’ve got to do against guys like that, you’ve got to find another way.

There is no point in keep chucking head shots and I was screaming for him to go to the body and that is what he did, throwing a missile of a bodyshot that had the Argentinean out for the count.

We have heard a lot about Sam before via reputation, but now I have seen him at close quarters and I think he looks a bit special.

It was a new experience for Daniel Dubois in going the full ten against the hugely experienced Kevin Johnson, who has been in with a ‘who’s who’ of the heavyweight division in his time. 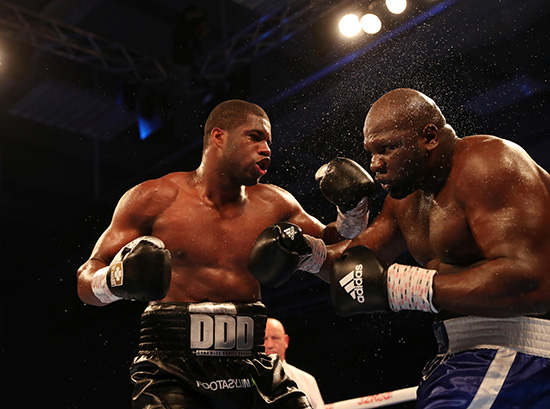 I have long said that we want to get rounds into Daniel so I am not about to complain when he doesn’t blast someone out in a few minutes.

He has done extremely well so far in answering the questions asked of him. I know he can punch, I know he’s got a big heart and perhaps one question mark was over his stamina.

Well, we know he has got plenty of that now. He was up against a very fit guy who knows the trade back to front.

I spoke to Kevin afterwards and he told me that Daniel has got a very strong and powerful jab, but he couldn’t assess his concussive power because he wasn’t caught cleanly.

What Daniel didn’t do in the fight was show variety and that is something he will learn from. It was perfect for him and he will take so much from the experience.

Nicola Adams is one step closer to her dream of bagging a world title and it is only a matter of time now after the Golden Girl comfortably outboxed Mexico’s Isabel Millan.

The fight was for the WBO Interim world title and I heard a comment made on TV about the validity of these belts and why they are in play. Let me explain the value of Interim titles.

We sought a full title for Nicola against the Mexican Arely Muciño, who we thought was going to be stripped for inactivity but then came up with a defence at the last minute.

The Interim title keeps a division moving and ensures people aren’t just sitting around waiting for something to happen in the event of a champion becoming injured or inactive for whatever reason. Without it a division simply stalls or hits the buffers and the progress of potential challengers can grind to a halt.

Not many contenders would want to give up the No.1 spot so the title gives them the opportunity to fight the next available challenger.

More importantly for me, as someone involved in the business of boxing on behalf of our fighters, holding an Interim title ups the ante when it comes to fighting for a full title. Instead of the purse split being 75-25 or 80-20, it becomes 50-50.

So for people who are in the business but don’t understand, that is why it is there.

I SPENT AN entertaining few days in the company of Tyson Fury and Deontay Wilder last week and our man more than put his marker down in the head of the also unbeaten WBC champion. 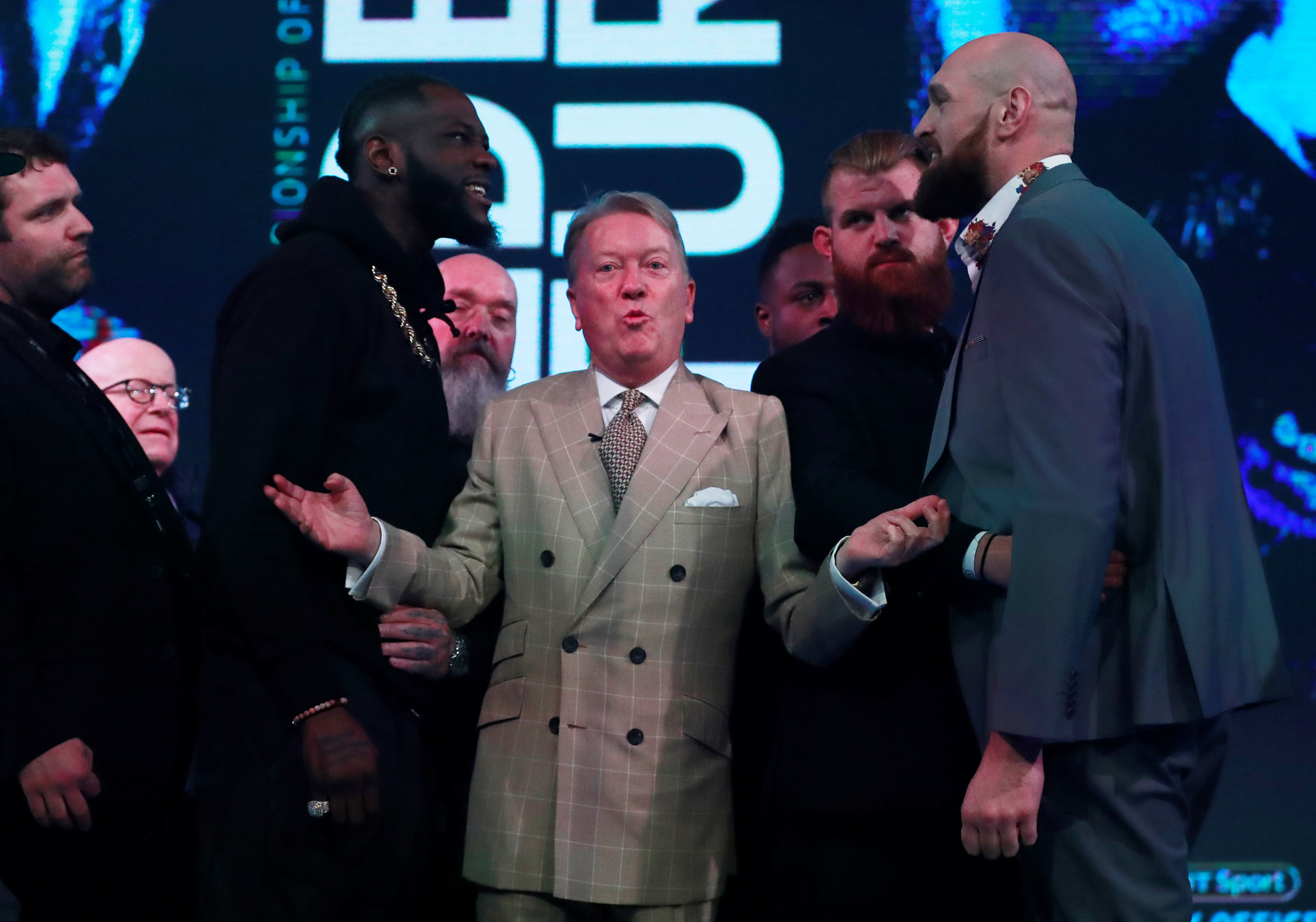 I have to say, anyone who glibly claims that the occasional hostilities was staged or fake is stupid. My issue with fighters getting up too close is the risk of a clash of heads causing an injury to happen.

In terms of talking the talk, Tyson is on top so far in this and definitely has the edge mentally. The the hard work now begins ahead of the biggest fight of the year on December 1.

IN CLOSING I would like to wish our man Zolani Tete the best of luck in his opening fight in the World Boxing Super Series against Mikhail Aloyan in Russia next weekend.

Having seen what Naoya Inoue did to Juan Carlos Payano in his opener in Yokahama on Sunday, what a fight it would be between the Japanese and Zolani in the final!

Fans are rightly high on Inoue at the moment and he does look the business, but don’t rule out Zolani taking home the trophy.