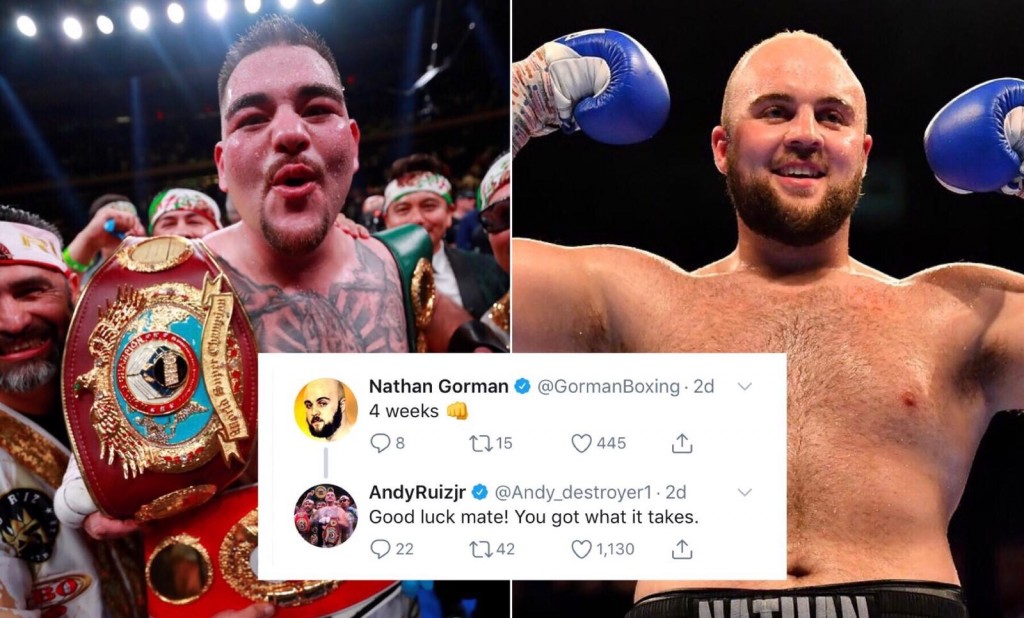 ANDY RUIZ JR is backing Nathan Gorman to join him on his throne as boxing’s upset King.

Gorman (16-0, 11KOs) has been inspired by the achievements of the Mexican who like him isn’t a body beautiful.

What Ruiz Jr achieved at Madison Square Garden will be in Gorman’s mind when he attempts to upset the odds by defeating Daniel Dubois (11-0, 10KOs) in their vacant British heavyweight title clash at London’s o2 on Saturday July 13.

Ruiz Jr has gone out of his way to contact Gorman ahead of the fight even though he is emerging as a rival.

Ruiz Jr clearly appreciates the support given by Gorman who said he was capable of springing a surprise against Joshua.

Gorman knows how crucial the Dubois fight is, but admits he will be in no immediate hurry to jump straight into a fight against Ruiz Jr and the division’s elite.

“My main concentration is Daniel, but in the next 12 to 18 months I can get there,” says Gorman who admits it is hard not to think of becoming world champion.

“Being a British heavyweight champion these days you are virtually on that world door, aren’t you?”