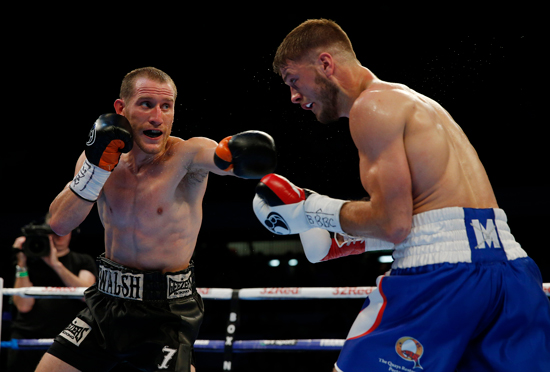 Walsh started very fast – no doubt eager to calm twin brother Liam before his IBF title challenge. He hurt the tough McCullough throughout the fight before eventually stopping him late.

Credit must go to McCullough for his bravery throughout the contest. He was throwing back right up until the referee Howard Foster stopped the fight at one minute and 58 seconds into round eleven.

Speaking to the Eastern Daily Press after his fight, Walsh dedicated the win to his late father.

“I tell anyone who will listen – one drop of blood has got more memory than all the computers in the world put together, and I have his blood in me.”