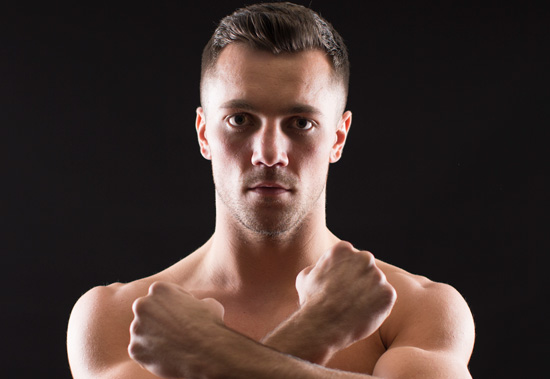 Those inside the Copper Box Arena on Saturday – or watching live and exclusive on BT Sport and BoxNation – are in for a real treat because we have a catalogue of crackers lined up on the night – including no fewer than six title fights.

It really is another bumper card of boxing and we are getting started early on BoxNation at 5.30pm in order to give exposure to as many of the fights as possible, with BT Sport beginning their coverage at 6.30pm.

One of the title fights on the night that has started to get people talking is the Southern Area clash between the champion Asinia Byfield and our young challenger Sam McNess.

Byfield was a guest on the BoxNation Boxing Hour on Friday with Steve Bunce and Barry Jones and all three were struggling to fathom out why the 7-0 Sam was taking this fight at this early stage of his professional career.

It isn’t a fight without its potential pitfalls, but the fact is Sam is a game boy who has been asking to be stepped up for some time now.

It is something he wants to do and he backs himself to succeed against the more seasoned 12-1 Byfield. His trainer Mark Tibbs possesses huge confidence in his man and I’ve got confidence in their judgement.

It is also true to say that we as promoters cannot keep serving up fall guys to make prospects look good. It has happened too often over the years and I have done it myself, but times have changed and fighters have changed.

In the past, back in the days of Mickey Duff, people wouldn’t fight for a Southern Area title until they had 20-odd fights, let alone a British title.

Nowadays these guys are fighting for British or international belts after ten or 12 fights. They used to say 20 for learning, 20 for earning, but the modern boxers are such capable athletes on exceptional fitness regimes that this doesn’t apply anymore.

They just don’t need the schooling that they used to, especially the ones with extensive amateur pedigrees.

I am not saying the coaching is better than years ago because I don’t think the teaching of the art of boxing is as good as it was. There are good trainers out there, but with actual boxing coaches I think we struggle a bit.

In terms of learning though, I’m not sure how much you really gain by knocking over a succession of overmatched opponents.

That isn’t what Sam is about and he knows that if you want to be a TV fighter, you have to step up the plate when the time is right.

Listen, we don’t want to overmatch people because they have got to learn their trade and Sam hasn’t had a lot of fights.

But what is the worst thing that can happen? He gets beat and it is not the end of his career.

You’ve got to take your hat off to him for doing it. You see guys with 20 wins and suddenly they get found out. He has got the balls to step up now.

Sam is a decent little fighter, it is a step up he wants and it is a TV fight, so I am really pleased for him and, like his army of fans, I am looking forward to it.