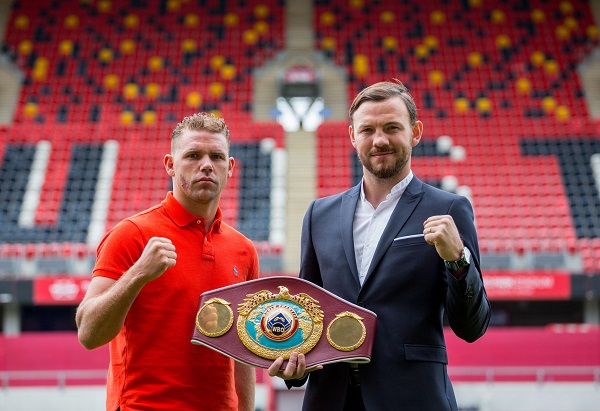 Saunders and Lee came head-to-head today in London today for the final time before they enter hard training for “The Showdown at Thomand Park”.

Unbeaten Saunders, who defeated rival Chris Eubank in his last fight and claimed the records of four undefeated fighters in his last four back-to-back fights, is relishing his fight with Lee.

“For me it’s about walking away with the world title belt.  I’m the first traveller to win a Lonsdale belt outright, but this is absolutely huge, two travellers making history and fighting for the world title and plus the bragging rights on top,” Said Saunders

“We’re both proud fighting men and I could sit here and say ‘I’m going to smash him up or knock him out’ but to me this is a genuine 50/50 fight,”

“You’re going to see one of the best fights in a long time.” 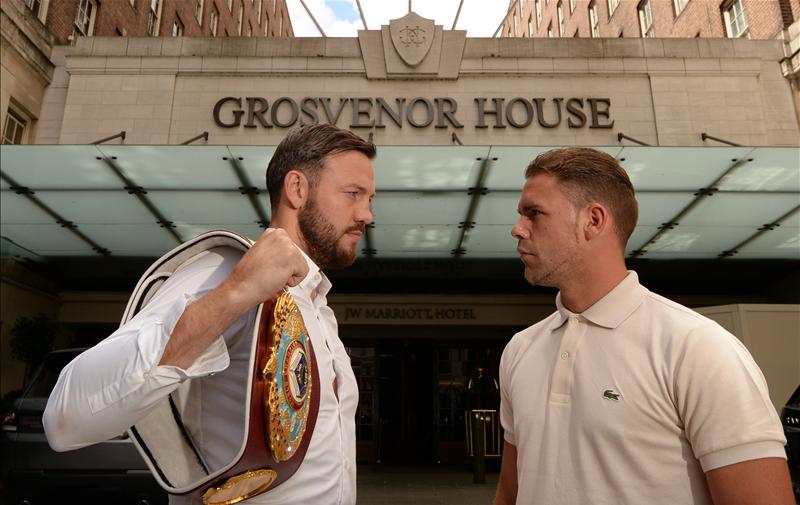 Lee makes the first defence of the belt in his hometown that he won with a thrilling sixth round stoppage of Matt Korobov in December.  Although he battled top American Peter Quillin to a draw in April, the belt was not on the line.

“Mine and Billy’s upbringing and the pride we bring into the ring is why we have been so successful,” Said Lee.

“We’re men’s men who come from a travellers’ background and we can’t let anyone beat us.  Whoever wins will be the hero and, unfortunately, who ever loses, won’t be shamed, but will be known as the loser,”

“Billy is the mandatory challenger and I had to fight him, there was no way I was ever going to avoid him, I’m too proud,”

“I’ve worked too hard to win this title and I don’t intend on giving it up and it was important for me to defend my title.” 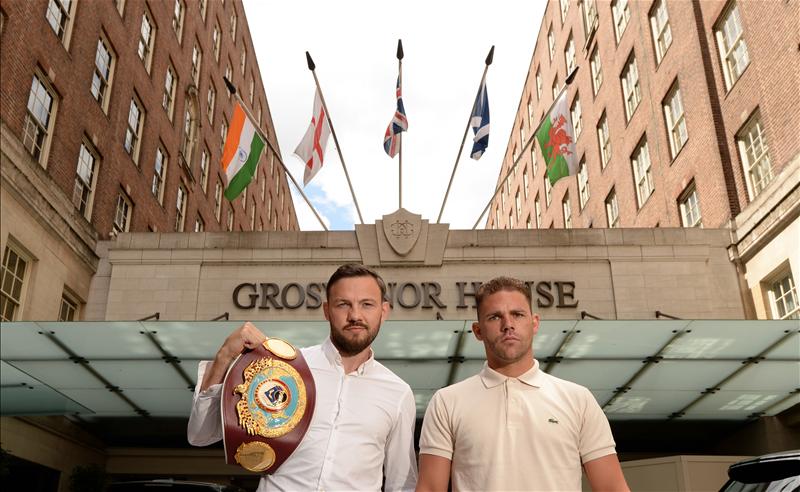