SAUNDERS DARES CANELO TO FACE HIM 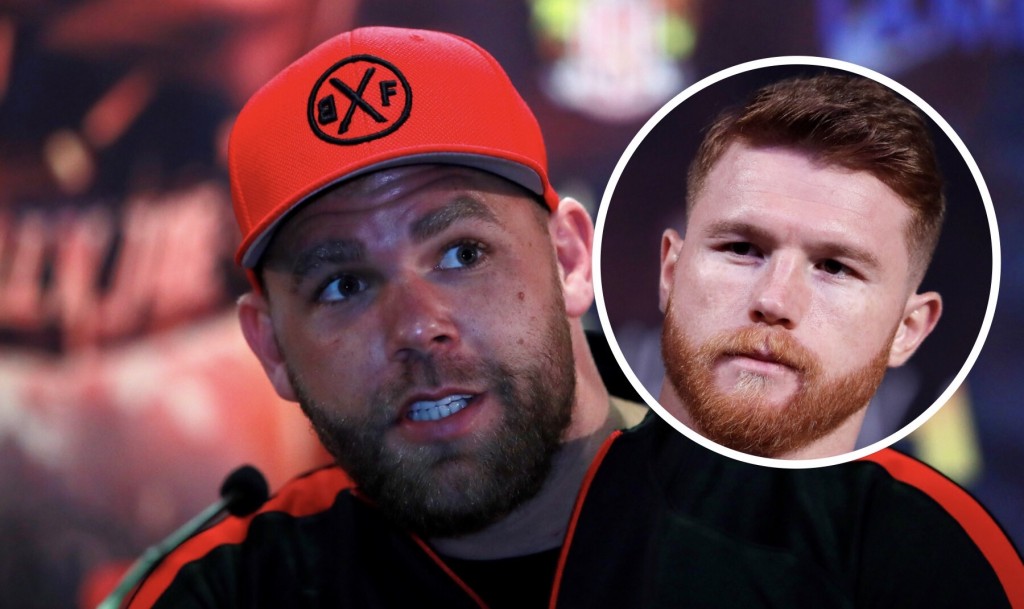 BILLY JOE SAUNDERS has dared Saul ‘Canelo’ Alvarez to face him at either middleweight or super-middleweight.

Saunders was boosted over the weekend when it was confirmed that his showdown against German based Albanian Shefat Isufi at Stevenage FC’s Lamex Stadium on Saturday May 18 will be for the vacant WBO world super-middleweight championship, live on BT Sport.

Gilberto Ramirez has relinquished the title and decided to box at light-heavyweight giving Saunders the opportunity to become a two-weight world champion next week.

The former WBO world middleweight champion said:  “I would love the Canelo fight, but does he want to fight me? I don’t think so.

“If they do want to fight me, ring me up. I am not asking for millions. Just be fair with me and we can get the show on the road.

“Canelo has cemented his name, made good money and is a superstar in the sport. I wouldn’t say he is avoiding me, but there are plenty of people he can pick apart from Billy Joe Saunders.

“That is a fact. Who wants to fight a slick southpaw who is hard to hit?

‘Canelo’ outpointed Daniel Jacobs in a world middleweight title clash on Saturday, but stipulated that the American could weigh no more than 170lb on fight morning.

Jacobs was 3.6lb over which reportedly cost him around $750,000 in penalties and although Saunders will not be greedy with demands, he insisted: “I wouldn’t be restricted for any weight clauses at all.

“Daniel Jacobs was clearly struggling to come in the next day only three pounds over the agreed weight.  If he wanted to balloon up he would have been eight or nine pounds above what he was at the weigh-in.

“That has cost him a lot of money and I believe that took a bit of performance away from Jacobs.”

If Saunders adds the WBO 168lb title to his collection, another juicy clash would be a ‘Battle of Britain’ against Liverpool’s WBA Super champion, Callum Smith.

Hatfield traveller Saunders added: “Callum is a good fighter and big, but I think people go on about size in this sport too much.