SAUNDERS: FURY IS PREDICTING ME TO BEAT LEE

Billy Joe Saunders has been backed by the new world heavyweight champion Tyson Fury to become the next world champion from travelling stock and predicts a new era for the sport. 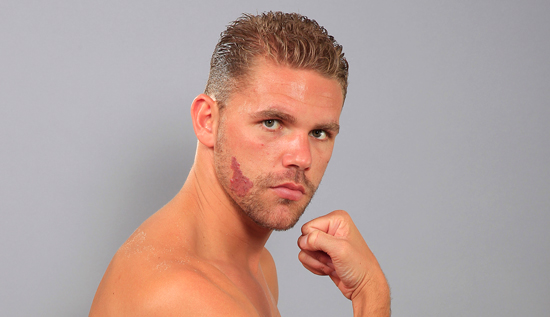 Undefeated ace Saunders, who lives on a travellers’ site in Hatfield, challenges the WBO World Middleweight Champion Andy Lee for his crown on Saturday 19th December at the Manchester Arena, live and exclusive on BoxNation.

The 26-year-old is deep in preparations at the MGM training facility in Marbella for his massive showdown against Lee, but made sure he watched Fury’s sensational upset of long-reigning heavyweight king Wladimir Klitschko.

“Tyson did what he said he was going to do and shook the world,” Said Saunders.

“A lot of people said he couldn’t do it and it was an impossible job, but I backed him from day one to beat Klitschko,”

“He proved that he’s a real champion by going into the lion’s den and beating a true great in Klitschko in his own backyard,”

“No one has done that to Klitschko before and it shouldn’t be underplayed,”

“I couldn’t be happier for him and his achievement.  We spoke the next day and he was over the moon about his win as he rightly should be, Britain has a new heavyweight champion of the world,”

“It fantastic that the world heavyweight champion is a travelling lad, the flagship division is now ruled by a traveller, now it’s my turn to bring another world title to our community and for Britain,”

“Tyson said he’s backing me to win the WBO World Middleweight title against Lee and then we’ll both rule.”

“I believe that this is the start of a new era in boxing for gypsy fighters, Tyson’s world champion, I’m going to beat Lee and become the next world champion, and there are plenty more travelling lads coming through who are all potential world champions.”