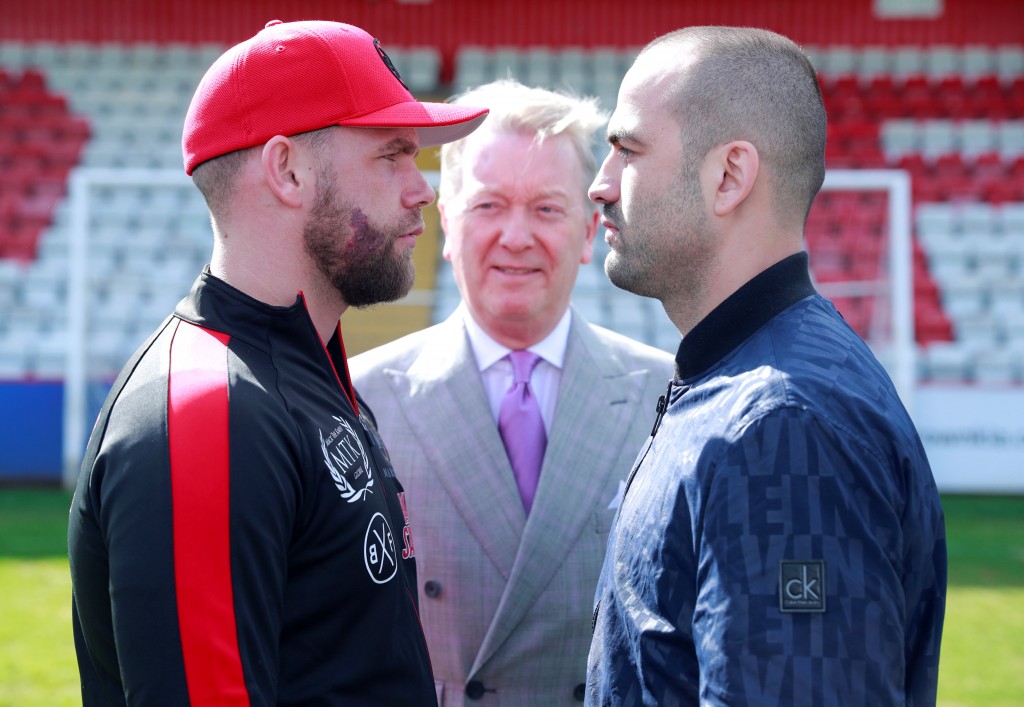 BILLY JOE SAUNDERS has revealed that becoming a two-weight world champion was his childhood dream.

He can achieve that lifelong ambition at The Lamex Stadium, Stevenage FC this Saturday night when he challenges Shefat Isufi (27-3-2) for the vacant WBO super-middleweight crown, live on BT Sport.

Their big showdown was initially for the interim title, but Gilberto Ramirez has relinquished and moved up to light-heavyweight meaning the full championship is now on the line.

Former WBO middleweight champion Saunders, 29,  said:  “I was always assured by Frank Warren and MTK that the fight would be for the full version of the world title.

“They told me not to get impatient when it was just the interim title. That is what I’ve done and it has happened to work out for the best.

“Being called a two-weight world champion sounds nice and it is good for the history books.

“Boxing is a business, but to be a two-weight world champion is something you dream of growing up and here is my chance to achieve it.

“It is the icing on the cake and I have got to deliver. It’s no good fighting for it. I’ve got to win it.”

Saunders (27-0)  has spent nine weeks in Manchester training for the big fight which takes place just 12 miles from his Hatfield home.

He added: “A lot of people are expecting me to win so there is a bit of pressure on, but it is pressure I can deal with.

“I will sit down with my team, have a discussion with my management and assess my options when I’ve got the win against Isufi.

“The main thing is getting that win because the whole conversation is different if I don’t win.”