The Hatfield star has set up camp at the plush MGM training complex in Marbella with his renown trainer Jimmy Tibbs as they prepare for the biggest fight of Saunders’ unbeaten 22-fight career with just over six weeks’ to go until the showdown. 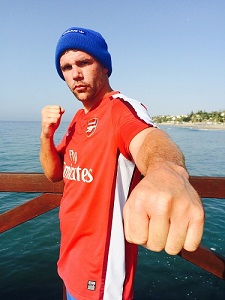 Saunders, 25, used the same training facilities to get him into phenomenal shape for his biggest win yet over rival Chris Eubank Jnr. and aims to replicate that successful camp to defeat hard Irishman Lee.

Although Saunders is in fighting shape already having come off a fourth round stoppage win over Yoann Bloeyer at Wembley Arena last month, he only had week off training before  heading back into training. 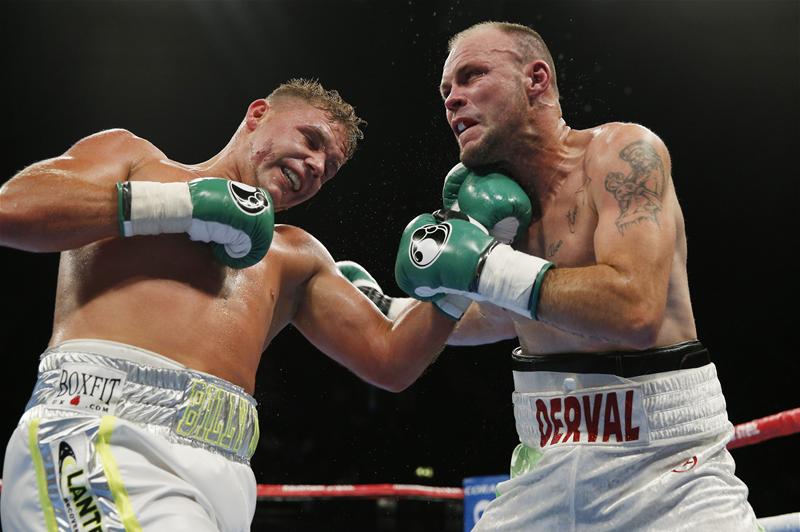 “This is a crucial training camp for me and we’re taking no chances and heading into the biggest fight of my career I wanted total focus with no distractions so coming to the MGM is ideal for me,” said Saunders.

“When we came out for the Eubank fight everything was perfect here, the climate, facilities, atmosphere, everything was a winning formula and the result showed in my performance. The only thing was the uncertainty of Eubank turning up to fight me, but in the end I happily handed him his first defeat,” 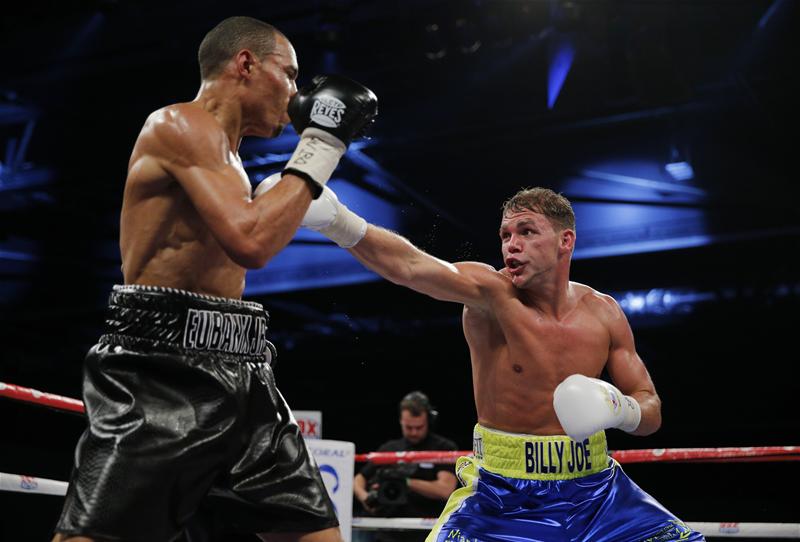 “Andy is is a totally different kettle of fish. He’s a good, good, fighter who I respect, after all he’s the world champion and he’s got the world title that I want.  There’s no way at all I’m taking him lightly, I’m over estimating him so there are no surprises on the night, but at the end of the day we’re getting in the ring and having a fight.  He’s a proud fighting man and so am I and there’s going to be no give between us, we both want to win, it comes down to who wants it more on the night,”

“I’ve got a fantastic team around me, having Jimmy’s vast knowledge and experience is a key factor to me winning as he’s been involved in countless world title fights with the greats of British boxing, his son Mark is out here looking after my diet, strength and conditioning, plus I’ve got some of the lads from the gym for sparring with more coming over,”

“There is six weeks’ of hard, hard, training ahead of me now, mountain and beach runs, gym work, sparring, strength work, it’s going to be absolute hell out here, but I’m prepared to go through it all for the glory of being crowned world champion at Thomond Park.” 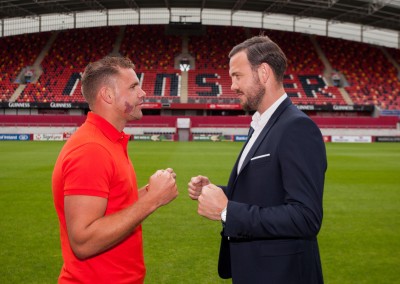 Tickets for the ‘The Showdown At Thomond Park’ are available from the following ticket outlets: