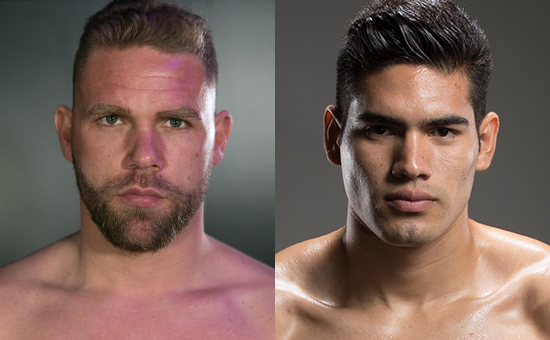 The Mexican hinted after a winning light-heavyweight debut at the weekend that his future belongs in the bigger 175lb division.

Ramirez will be ordered to face the winner, unless he relinquishes the title he has held for three years.

If he does hand back his crown, the Saunders v Isufi fight is likely to be elevated to full world title status.

Former unbeaten WBO middleweight champion Saunders snapped: “I am raring to go for Ramirez, but if he doesn’t want to face me then give up the title and let me fight for the full championship.

“If it’s not going to happen against me after my ‘interim’ title fight then I would rather him say, now.

“I understand the rules of boxing. If you haven’t got the right style, opponents may not want to know you.

“His promoter Bob Arum has a good working relationship with Frank Warren and MTK, and he has most probably had a conversation with Ramirez.

“They know they can make the fight, but do they want it?

“Personally myself, I don’t think Ramirez will go ducking anybody, but unless he 100 per-cent knows he’s good at the weight I can’t see him taking the chance of fighting me.

“My way of winning fights is slick boxing so that takes a lot of steam out of the opponent especially if you’re weight-drained.”

Saunders cannot wait to appear at a stadium just 12 miles from his Hatfield home.

And although less than half of his wins have come inside the distance, Saunders reckons the open air crowd at the Lamex Stadium are in for a knockout night.

Saunders who is currently training in Manchester added: “I will carry more power up with me. We have been working on a few bits and bobs to improve my power.

“I’ve been sparring well, my timing is there, my speed is still there, but I have got to perform at the weight.”

Tickets for Saunders v Isufi at Stevenage FC are now on sale via www.borotickets.co.uk and are priced as below: