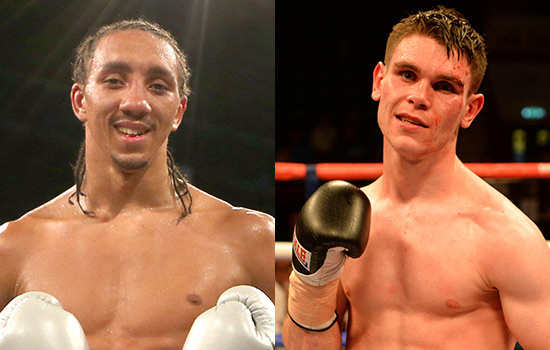 We are delighted to have added a further two names to our burgeoning squad over the last week or so as we continue to prepare the ground for our bumper BT Sport-BoxNation schedule that kicks off in early 2017.

Contrary to some early predictions, we haven’t embarked on a Supermarket Sweep when it comes to recruiting fresh talent, we have pinpointed certain targets that we believe we can steer to the top, with the job of the boxer’s themselves to provide entertainment along the way.

In keeping with our long-held tradition of developing young prospects, the signing of 22-year-old Tommy Ward is a perfect fit for us.

He has already accumulated 19 wins from as many fights and is clearly a gifted individual who is going places. He has a big fight in the pipeline for the British super bantamweight title against Jazza Dickens and that is certainly one to look forward to.

With Tommy joining the Leather twins – Josh and Kalam – in our ranks we can hopefully return big nights of boxing to the North East.

Right from the off I have always sought to take major shows around the country. When I entered the professional game, it was pretty much the norm for all big promotions to take place in London, mostly at the Royal Albert Hall and Wembley.

Major venues were later constructed in many major cities, enabling us to take massive promotions to places such as Birmingham, Manchester, Sheffield, Liverpool and Newcastle – showcasing the likes of Naseem Hamed, Ricky Hatton, Nigel Benn and Joe Calzaghe to a wider audience.

The North East fans love their boxing, so I hope we can get that going again.

Tyrone Nurse is a fantastic addition for us and there are a number of big options out there for him in the coming months and years.

It might surprise a few people that the Huddersfield man is only 26, given the fact that he seems to have been around for a good while and already has 37 fights on his clock.

He has been in some good crowd-pleasing battles of late, since winning the British title at the second time of asking against Chris Jenkins. The super lightweight division, in which he currently operates, offers some exciting possibilities, not least with our own Jack Catterall chomping at the bit for a shot at the Lonsdale Belt.

That is one of a few avenues open to Tyrone, who I believe has the tools to succeed at a higher level once we get him going.

We haven’t promoted in Yorkshire for a little while and Tyrone, along with a couple of signings we will be announcing soon, will provide us with a passport back to the White Rose County. 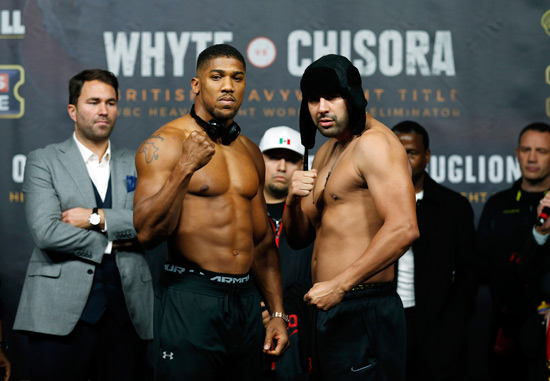 Got two nice ones together for Saturdays’s Anthony Joshua-Eric Molina fight in Mancheseter?
Then the likelihood is that you will have acquired them over-the-odds via StubHub

The secondary ticket market is a self-inflicted disease that is running unchecked throughout the entertainment industry – and I very much include sport in this.

Any event, sporting or otherwise, is a non-event with the support and attendance of the fans who wish to be there in person. Yes, television plays a massive part in modern sport, but no broadcaster would be interested in screening any event with banks of empty seats as a backdrop and zero atmosphere.

It is why fans must not, under any circumstances, be taken for granted or simply viewed as a never-ending cash cow. They show incredible loyalty to their chosen sports or whatever their musical taste may be, therefore it is only right that when tickets are at a premium, it is a level playing field when it comes to obtaining them.

Nowadays in boxing, we hear so much promotional bluster about shows selling out in a matter of seconds or minutes, but in reality this is far removed from being the case.

The secondary ticket market is the scourge of the genuine fans that regularly support promotions up and down the country. We are unreliably informed that the Joshua card this weekend is sold out, but click on Stubhub or other such outlets and these gold dust tickets are in plentiful supply – at a price.

Finally the scandal is finally coming to the attention of the DCMS Select Committee, where an anti-fraud ticket consultant told them recently that boxing was the most problematic sport, also noting that Matchroom place an allocation directly onto Stubhub.

We keep being told these are face-value tickets that form part of a lucrative sponsorship deal, but agreements such as this hardly help in eradicating an industry that wilfully fleeces the fans with over-the-odds pricing.

It is simply feeding the problem – which is essentially legalised ticket touting or spivving – and will ultimately turn loyal fans away from the sport.