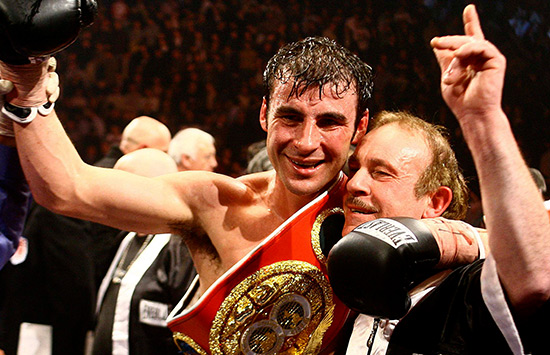 There is nothing more likely to spark a verbal punch-up between fight enthusiasts in pubs, clubs and gyms than discussing who is, or was, the best-ever.

I took part in one such lively TV debate this week on the burgeoning specialist channel BoxNation about who are the greatest British boxers of all time.

It was sparked by the recent publication of the aptly-named ‘100 Greatest British Boxers’ compiled by Boxing News, whose editor Matt Christie joined myself and my old sparring partner Colin Hart, esteemed boxing columnist of The Sun, in a feisty argument about who is Simply the Best.

The book’s list, and the reasons for the nominations, is a provocative one which caused many disagreements among us. But that’s the nature of the game.

The weekly programme, excellently refereed as usual by Alex Steedman, is called Boxing Matters, and obviously it does, because if you think about it boxing surely is the only individual sport in Britain which can produce 100 outstanding fighters – and there are scores more left out.

Athletics might amass about 50, and sports such as rowing, cycling, golf and tennis – maybe a couple of dozen at best.

In the end it was a split decision for top spot between two Welshmen, whose careers were over a century apart – the dynamic if diminutive Jimmy Wilde, an world flyweight champion born in 1892 they called ‘The Ghost with a Hammer in his hand,’ and arguably certainly the best boxer of the modern era, the now retired unbeaten world super-middleweight champion Joe Calzaghe. It was 2-1 in favour of Wilde, who registered more than 100 wins inside the distance..

A majority decision too for second place, between two men called Lewis, in favour of the phenomenal welterweight champ Ted ‘Kid’ Lewis, who began his 193-fight career at 16 in 1904, over ex-world heavyweight champion Lennox Lewis.

But the rest of the top ten was very much mix-and-match across the three of us, featuring masters of the past Bob Fitzsimmons, Jack ‘Kid’ Berg, ‘Peerless’ Jim Driscoll, Benny Lynch Randolph Turpin and Freddie Welsh. 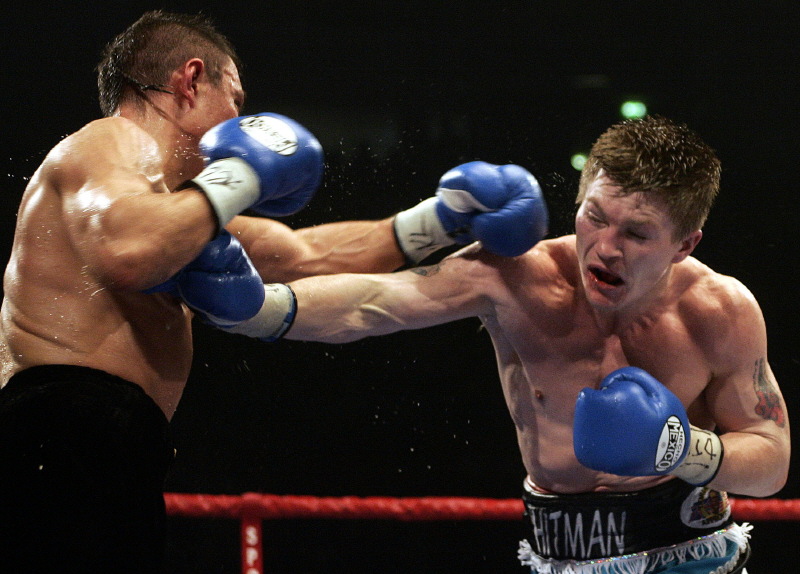 As Hart remarks, arguing about who is the greatest splits families and fans even more than Brexit.

Among those who did not quite make the top ten out of the 100 listed by the Boxing News panel were one of my personal favourites, the intrepid Dartford Destroyer, Dave Charnley, plus world champions Nigel Benn, Chris Eubank, Jim Watt, Duke McKenzie, Barry McGuigan, Frank Bruno, John H Stracey, Alan Minter and Terry Downes. As well as the idolised Sir Henry Cooper, and prolific old timers Tommy Farr, Freddie Mills and Len Harvey.

Of course such debates inevitably are subjective and deeply controversial.

If anything I think the Boxing News 100 is slightly weighted in favour of the past rather than the present, and no currently active boxer such as Olympic and world champ Anthony Joshua, or Amir Khan is included.

Few of us around today would have seen the pre-war (indeed pre-both wars) ring czars in the flesh, so our judgement has to be based as on records, reputations and maybe the odd film clip.

For the record here our respective top tens.

So there you go.

(100 Greatest British Boxers is published by Boxing News at £7.99. Boxing Matters is screened on BoxNation at 7pm every Monday with regular repeats during the week)