Simply the best ? Why Triple G gets my vote 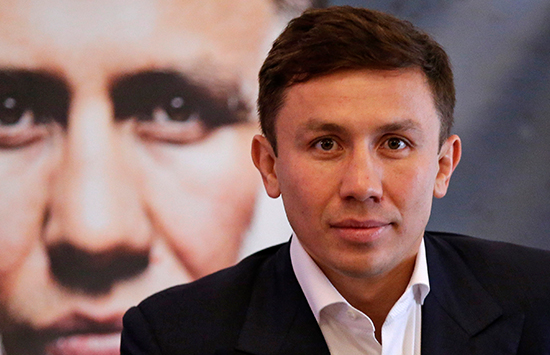 A Transatlantic double header featuring the much-awaited return of Billy Joe Saunders in a tricky defence of his WBO world middleweight title against Willie Monroe jnr at the Copper Box in London is followed in the early hours by the fight of the year – and maybe any year so far this century – between Saul Canelo’ Alvarez and Gennady ‘Triple G’ Golovkin in Las Vegas for multitude of middleweight belts.

One interesting facet arising fron the build-up to both fights is that Monroe can give personal insight into what might happen in Vegas a few hours after he and Saunders have settled their own argument.

For back in 2015 the great nephew of the renowned Willie ‘The Worm’ Monroe went six painful rounds with Golovkin before the smiling assassin from Kazakhstan delivered his customary coup-de-grace.

Despite getting a bit of a biffing Monroe now says he thinks Canelo will be the victor, declaring: “Don’t get me wrong. Golovkin was skilled and he’s very strong…he has hard hands but he’s not the most forceful I’ve been hit by.

“I think Canelo stops him in ten rounds. In a few rounds he could do nothing witn me. But someone like Canelo is going to jump on him from the start, It’s Canelo for me, no question.”

Well I hate to argue with a man who has been there, done the fighting and has the bruises to prove it, but I beg to differ.

I know there is now a groundswell of opinion towards the younger Mexican but for me the wily Golovkin still has the edge.

He is the fiercest body puncher around, is happy to take one to land two, ands absorbs a good shot without flinching.

Moreover it is really the first time that Canelo has faced an opponent of stature matching his own size and weight.

This week I was asked in a BoxNation poll who is my current world best pound-for- pounder. I rather suspect the majority of pundits will go for Andre Ward or Canelo, with Vasily Lomachenko and Terence Crawford well up in the mix. But I am sticking with my man Golovkin. I love his gumption, aggression and technique.

He reminds me so much of Marvin Hagler (now that’s a fantasy fight to dream about).

Alvarez is the finer boxer at long range but I don’t think he will get close enough to restrain the bigger hitter if the two.

You can be sure they won’t be playing pat-cake in there.

In can’t wait to see it, and I find Saunders-Monroe a fascinating match-up too for the mandatory New Yorker is a slippery customer. While we need to discover whether BJS’s recent inactivity has detracted from his fitness or resolution.

As it happens the two fights sandwich the hybrid affair between Floyd Mayweather jnr and UFC’s Conor McGregor, scheduled for Vegas on August 26.

I think the meat in this particular sandwich is on the outside.

I have to say their over-hyped four-leg media tour did nothing for me.

The combatants put on their very amateur dramatics four times in a week and it was so much a choreographed pantomime (with two demon kings) I am surprised they didn’t have a Saturday matinee.

I am not saying the fight, like the rehearsals, will be a fake but the feuding certainly is.

What Mayweather and McGregor are doing, understandably, is selling the tickets and global pay-per-view subscriptions.

But with their verbal cacophony of effing and blinding, they have turned boxing into a bonfire of their profanities.

When you deleted the expletives, there wasn’t much left of this soap opera you might call Sock and Roll.

While I feel rather indifferent towards their upcoming pugilistic production number, but I then I am old an school boxing buff.

I can understand why millions are fascinated and will pay handsomely to watch what I not so much a bona fide fight as an event.

But please don’t swallow all the hype and hoopla.

The Wembley Arena ring announcer even declared Mayweather the greatest boxer of all time, saying there has never been another like him as the sport’s supreme entertainer.

Really? Has he never heard of Muhammad Ali? He was the true master of showmanship, but he did his thing in style, usually with a smile and not a manufactued snarl.

But while Ali was no stranger to over-the-top drum-banging, in many years of listening to his orations, I never heard him swear once.

No doubt whatever the conclusion they will embrace like long-lost brothers, kissing and hugging just as Ali and Oscar Bonavena did at Madison Square after the Argentinean apparently had infuriated The Greatest by calling him “maricon” – Spanish slang for homosexual.

Ali feigned outrage, but as he said afterwards as they sat at the press conference laughing together: ”Fooled you, eh? We were just selling tickets.”

Selling tickets. Its the name of the game, and rightly so. But let’s do it as in tasetful a manner as possible.

As the late scribe and commentator Reg Gutteridge once memorably remarked, boxing is show business with blood. And it is becoming increasingly so these days.

If the forthcoming bout is genuinely contested, then Mayweather should win in a canter.

But McGregor, even without proper boxing experience, does have the proverbial puncher’s chance, albeit a very slim one.

The Money Man is 40 (though probably the fittest 40-year-old around), but hasn’t fought in two years and hasn’t knocked-out or stopped an opponent since 2011, nine fights ago.

However, Floyd is no fool. He would not have taken this fight if he thought for a moment that his unblemished record would be sullied.

But if he wins and the authorities declare that he will have surpassed that 49-0 Rocky Marciano record, then it will be as much a joke as the fight itself.

Personally I would not be surprised if McGregor doesn’t lay a glove on one of the great masters of the defensive art that boxing has ever known.

Especially if Mayweather elects to turn “the biggest fight of all time” into a bore war.

Meantime, we await with lip-licking anticipation the match-ups between Saunders and Monroe and Alvarez and Golovkin. Now they are real fights.