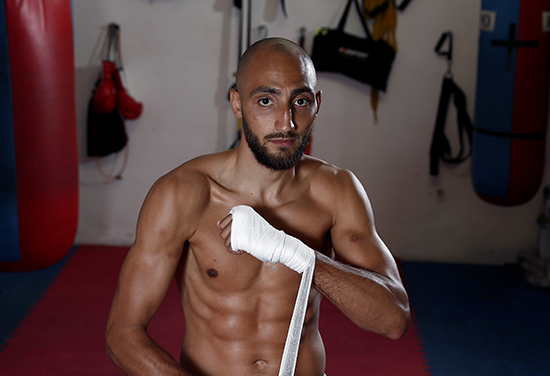 In his latest Fighter Diary, Bradley Skeete looks back on a night not to remember in Bilbao and his return to the ring in Brentwood, how he hopes his British title baton will be passed to Johnny Garton, a potential fight with Gary Corcoran and a special mention for new teammate in Caoimhin Agyarko…

MY LAST FIGHT in Bilbao against Kerman Lejarraga was an eye-opener for me, to say the least. I went into his backyard and probably didn’t afford him the credit he deserved for his boxing.

I knew he was a big puncher, but I thought that was all he had and imagined his style was all in my favour. I thought I would turn up, jab his head off, cut him up and then get him out of there late, but it was over before it began for me on the night.

I just didn’t get going, I wasn’t myself, but there are no excuses from me because he came out and did what he had to do.

Yes, there were a lot of things I had to deal with that I have not encountered before like being away from home and the crowd played a big part, but at the end of the day it was me and him in there and he had a good gameplan.

What is a fact is that when you fight at a certain level you can lose and I think he will go on do big things. I hope he does then it won’t make the loss look so bad!

I didn’t get beat up for 12 rounds and it was over pretty quickly, so it is not like I’ve got any lasting damaging effects or put loads of miles on my clock. I can come straight back and get some good wins behind me to get back to where I was.

I’ve been guilty of a couple of slow starts in the past but I could get away with it at the level I was fighting at. That is why I believe I am way past domestic level now and I need to mix at European/fringe world level to gain that experience.

I stayed at British level far too long and cleared up, although it was my own selfish childhood dream to get that belt outright and it took a bit too long to do. Nobody can take it off me now and that is why coming back to defend the British title again just didn’t interest me, not one bit.

Believe it or not, another fight with Lejarraga is something I would love to do again because it feels like it wasn’t me in the first one. Maybe get it over here and see what he is like outside of Bilbao?

It is not a rebuild for me now, more of a reboot. I had some time off but I have enjoyed being back in the gym and have enjoyed my training.

It is just about going again and, you know what, in life the journey to the top isn’t always going to be plain sailing and maybe the loss was a blessing in disguise and the kick up the a*se I needed! Maybe I needed to change a few things and perhaps it just wasn’t meant to be.

If I had won and pressed onto the world scene I wouldn’t have been ready. Now, I have been over there, tasted defeat and I know what it is all about.

I am doing an eight-rounder at Brentwood with the aim of getting back to winning ways. I don’t know too much about my opponent other than he is a durable Mexican guy who has never been stopped. For me it is just about getting back in the ring and getting fighting again.

I’ve been told I will be out again in December and it should be for a title. I want to win the European title and want to be around the European scene. I think if Lejarraga does the job on Frankie Gavin he will be on the brink of a world title shot and if he moves on I would love the opportunity to fight for it again.

My friend and stablemate Johnny Garton fights for my old British title on Saturday against Gary Corcoran and I think it is a really, really good fight.

It made it so much easier vacating the belt knowing Johnny was next in line and I think it is a fight that everybody is talking about, a great domestic fight. I am looking forward to it.

If it turns out to be Gary who succeeds me as British champion people have asked me if I would want to put it right on behalf of the gym? Listen, I have got no problem with Gary – even though in interviews we have said a few things – and I don’t think he has got a problem with me.

He is doing his thing and I am doing mine. We are in the same weight and a strong division, but I feel myself and Gary deserve to fight for a bigger title and bigger money than would be on offer for a domestic belt.

I am sure, if he was to beat Johnny and I win a bigger belt, it can happen down the line and I am all up for the fight. It would be a great fight but I have no interest in fighting Gary for a domestic title. None whatsoever.

It has got to be a meaningful belt, it will be my 30th fight on Saturday and I am at the business end of my career now. I want to secure my future with big fights and big money.

Meanwhile, I am looking forward to the debut of another gym mate on Saturday when Caoimhin Agyarko gets into the ring for the first time as a pro. Caoimhin is a middleweight who can let his hands go and punch a bit.

I watched a few of his fights in the WSB and he is one to watch I think. I played a small part in him ending up in Bromley at our gym because I knew of him and met him when I was at one of the Belfast shows.

We got chatting and he then came down for a little session and he enjoyed being in the gym with the boys and it has gone from there. For him to have come away from Ireland to over here is a big thing with being away from home – although his dad lives over here.

We make him feel at home in the gym and I believe he will prove to be a big talent.