Sky’s the limit for Super Skeete – so why the bias against him?

Bradley Skeete is one of those fighters who grows on you and, as the new British and Commonwealth welterweight title holder, watch him grow into a great champion. 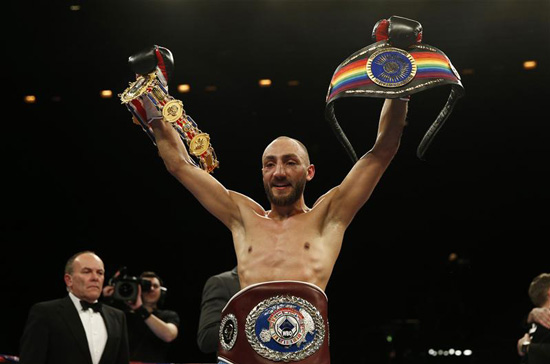 He certainly lived up to his label of ‘Super Skeete’ when he went into Sam Eggington’s Birmingham back yard, and relieved him of those belts last Saturday night in a quite brilliant fashion.

I thought The Pride of Penge) (now that’s a phrase I thought you’d never hear in boxing) boxed terrifically well, using his brains and footwork as well as his jab, and really did a job on ‘Savage Sam.’

Brad hardly put a fist wrong in a compelling performance that has been widely acclaimed by all who saw it on Sky, but this was a view not wholeheartedly shared, it seems, by the Sky commentary team who seemed to react in disappointment and disbelief that Eggington was losing the fight, even describing the first four rounds as ’what you like’ rounds when Skeete was clearly forging ahead.

These Sky commentaries are getting ridiculous. Don’t just take my word for it, look at some of the Tweets from a number of pro boxers who think they are a joke.

At times you would think they were cheerleaders for the house fighter. I don’t know whether it’s a party line or what, it didn’t seem to happen when I was with them and I can assure you it doesn’t happen on BoxNation.

I think it is an insult to the intelligence of the fans. We certainly do not influence our commentary team, we just let them do what they are paid for and provide a fair and impartial assessment of what is going on.

And how about the curious scoring of one of the ringside judges?

The seventh was Skeete’s finest round, no doubt about it, he skated it, and almost playing with his opponent, firing great single jabs and then skilfully slipping out of range. Eggington seemed utterly bewildered.

Eggington’s promoter Barry Hearn slated him after the fight. It was very unfair, Sam had trained hard for the fight but the best man won on the night. Hearn previously praised his man, saying Eggington was the new Carl Froch! Perhaps he was pissed of that he lost his bet for Eggington to win.

Yet astonishingly it was marked as an even round. I doubt even Eggington’s dad could’ve made that a draw.

Meanwhile Marcus McDonnell was appointed as a judge for the Terry Flanagan–Derry Mathews world lightweight title fight in Liverpool this weekend, but I told both the Board and WBO that I want him removed – just as I understand Barry McGuigan did for the Frampton-Quigg fight.

As for Skeete I couldn’t be more pleased that he has achieved what his late mentor Dean Powell always believed was in him – and I know there is much more to come. He’ll be in the frame for a world title shot soon – and that’s a promise.