Liverpool and Manchester will clash in the boxing ring with a world title on the line for the first time  in a staggering 82 years when WBO World Super-Welterweight Champion Liam Smith defends his title against undefeated challenger Jimmy Kelly on Saturday 19th December at the Manchester Arena. 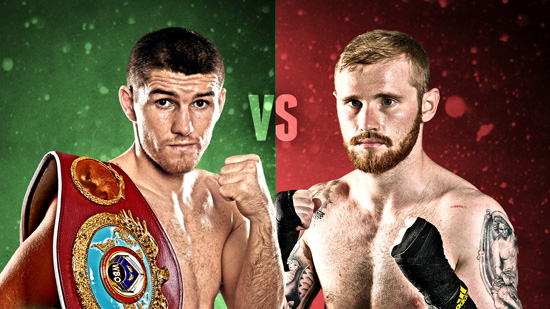 When English football’s two most successful teams, Liverpool v Manchester United clash it’s the fiercest on the season’s fixture list and one of the bitterest rivalries in the world, but now Anfield hero Smith and Red Devil fanatic Kelly are set to bring that same fire and passion into the ring.

The last time the two cities collided in the ring was on 11th December 1933 – almost a week to the day of Smith v Kelly – when Manchester legend Jackie Brown defeated Liverpool great Ginger Foran for the then NBA World Flyweight Championship and almost a century on the ring rivalry is revived.

Undefeated Smith won the title last month with a stunning seventh round stoppage when he smashed American challenger John Thompson at the Manchester Arena to be crowned world champion.  Big-punching Smith is on a six-fight knockout run and aims to make Kelly his eighth in a row.

“I can’t wait to make the opening defence of my world title against Kelly and if the fire in the ring matches the fire on the pitch when both teams clash it’s going to be one great fight,” Said Smith.

“Kelly is a tough and unbeaten young challenger, he’s got passion and ambition, he’s ranked in the top ten of the WBO and he’ll have his own ideas about taking my prized world title off me in my first defence.  That’s fantastic and really gives me the motivation and buzz to give him a real hiding in the ring so I keep hold of my title.  I’ve won the world title at a perfect time, I’m entering the prime of my career so there is much much more to come from and I’m not going to let an upstart like Kelly anywhere near taking my title.  This belt is leaving with me back to it’s home in Liverpool.”

Kelly is one of Britain’s outstanding young boxers with an unbeaten 16 fight record and seven knockouts.  He has already won the WBC World Youth and Silver titles and in his last fight – on the undercard of Smith v Thompson – he defeated Martin Fidel Rios to capture the WBO Intercontinental and earn his number eight world ranking.

Interestingly, his trainer is the former hard-hitting two-time British Super-Welterweight Champion Ensley ‘Bingo’ Bingham, who himself challenged for the same WBO World title against former top pound-for-pounder Ronald ‘Winky’ Wright, but lost on points at the then Nynex Arena in November 1996.

Kelly said, “Smith’s reign is going to be a very very brief one. He’d better treasure and enjoy the next five weeks as world champion because it’s coming to an end on the 19th December in Manchester, just like Man United ended Liverpool’s success,”

“I just know that this my time and I’m ready for my opportunity to become world champion.  Boxing is about opportunities, either you take them when they’re presented or you lose them and somebody else will take it.  I’m not going to be someone who dwells on a missed opportunity and I’m going out there to smash up Liam Smith and take his world title.  What will people say then when I become world champion?  I’ll have too much of everything for Smith in every department.” 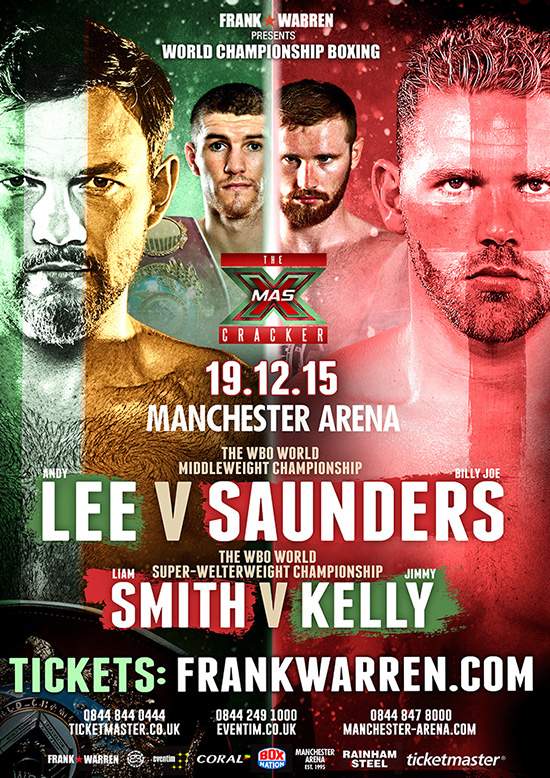