SMITH V. WILLIAMS IS ON!! WBO INTERIM BELT AT STAKE ONLY FOR WILLIAMS 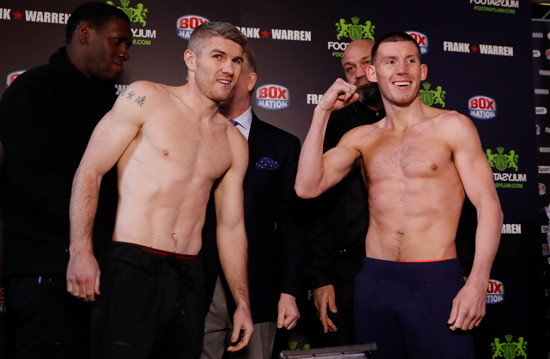 The mouth-watering showdown between former WBO Super-Welterweight Champion Liam Smith and the undefeated British and WBO European Champion Liam Williams will go ahead tomorrow evening at the Manchester Arena, live on BT Sport and BoxNation.

Liverpool’s Smith narrowly missed the Championship Weight and therefore the WBO Interim title will only be on the line for Williams.

Should Smith win the contest, the title will remain vacant.

The unbeaten Welshman Williams weighed-in at 10st 12lbs 8oz and will become the WBO Interim Super-Welterweight World Champion if he beats Smith in what is sure to be a Fight of the Year contender.