The security man who thugby-tackled the young lad who ran on to the pitch at Twickenham last Saturday to seek an autograph from his All Black hero Sonny Bill Williams doesn’t realise what a lucky escape he had. 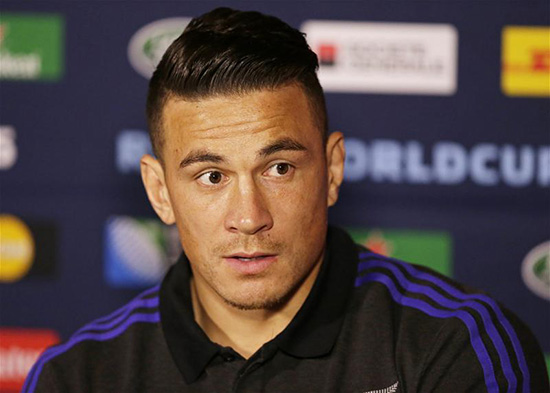 The New Zealand winger, who won worldwide adulation for generously handing his World Cup winners’ medal to the 14-year-old said that had the boy been a young relative of his he would have given the security guard a hiding.

And believe me, Sonny is more than capable of delivering a decent right hander.

For not many may have realised that while rugby (both union and league) is 30-year-old Williams’ day job, he moonlights as a very successful professional heavyweight boxer – indeed, he is the former New Zealand champion, undefeated in eight bouts, with three kos.

Among his victims is South Africa’s one-time world title challenger Frans Botha, aka The White Buffalo, whom he unanimously outscored to claim the WBA International belt.

In fact Williams had put his ring career on hold, forfeiting the domestic title, while he prepared for the rugby World Cup.

But it will be back to boxing business soon, with talk of a New Year contest with the new NZ champion, 23-year-old Maori Joseph Parker who is undefeated in 16 bouts (13 kos) and is described as the Anthony Joshua of New Zealand.

Williams’ grandfather, Bill Woolsey, also was a New Zealand heavyweight champion, so boxing is in the blood, as indeed it is in the training programme of the new rugby world champions whose aggression goes well beyond the traditional Haka.

Giving his medal away may have been the high point of Williams’ generosity, but examples of his kindness were littered throughout the World Cup, including donating semi-final tickets to Syrian refugees, while the image of him consoling Springbok Jessie Kriel following their match will undoubtedly be one of the most enduring of the tournament. He also gave away his cap and shadese to young fans on his return home.

None of that comes as a surprise to Williams’ best pal – fellow boxer Anthony Mundine, who says the once rebellious and truculent Kiwi’s personality has been transformed since he converted to Islam. I bet not many knew that either.

Don’t believe everything you read in the papers. It was reported that Amir Khan has signed and returned a contract to fight ex-stablemate Manny Pacquiao next year but it is a long, long way from a  done deal (see what Pacquiao’s promoter Bob Arum thinks about it in Fighting Talk below).

It seems Khan’s people have jumped the gun again, as they did over negotiations with Floyd Mayweather jnr. And look what happened there. Nothing.

You’d think over-eager Amir would know better after having been down this route before. Pacquiao may well fancy one more fight before he  starts throwing punches in the political ring but obviously the Filipino is keeping his options open.

He will have had an eye last night’s Arum-promoted showdown between Timothy Bradley and Brandon Rios in Vegas, with Danny Garcia, Terence Crawford and Khan himself among the fistful in the frame for that valedictory bout next spring. And don’t rule out a return with Mayweather, either.

Khan, 29 next month, and busy buzzing around India and the Middle East, surely needs to get back to boxing business before the ring rust starts seizing up his vital sharpness. So expect to see him back in action in January, come what may.

And I wouldn’t be surprised if Kell Brook is a more likely opponent after that than Pacquiao – providing the injury-prone IBF champion still holds a world title.

Listing to one side

Trawling the web – as you do – I stumble across a list of boxing’s 100 most influential personalities complied by ’Hamilton Promotions’ (no, me neither).

I won’t dignify some of the selections (such as a former jailbird ‘consultant’ listed above certain well-established promoters and managers), as it seems to have been compiled by an armchair anorak with an agenda.

Full of sound – and Fury!

The Wladimir Klitschko-baiting season is with us again as Tiresome Fury warms up his tonsils for his coming big fight night in Dusseldorf. 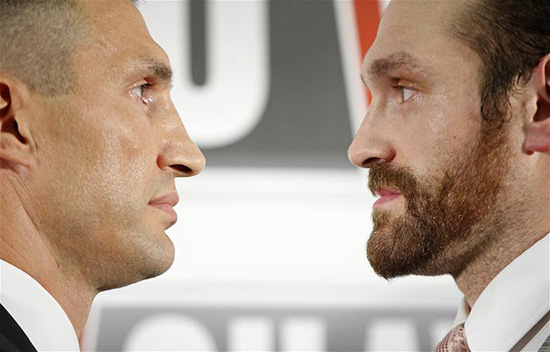 “Everything he (Klitschko) does is manufactured,” he declares. “Everything I do is natural, off the cuff. No-one sticks a key in my back and turns it.

“I’m my own man. On that night you’ll have the most colourful, charismatic champion since Muhammad Ali.

“I’m the one the world’s been waiting for. I’m the man to fill Ali’s boots.  The world needs me to change the landscape of the division away from these robots.

“We’re heading for a new year, a new era and a new heavyweight champion.”

As they say in the Lotto TV ad, please don’t let it be him!

It’s total bullshit. I’m sitting here trying to figure a way to sell tickets to my fight [between Timothy Bradley and Brandon Rios] and now my phone is ringing off the hook because this lunatic made some shit up.

Bob Arum couldn’t make it plainer what he thinks of the Daily Mail’s ‘exclusive’ of a Pacquiao-Khan deal.

He promised me that if I kept doing my job in the ring he’d get me a world title shot at home and that’s what he did. He delivered for me and I delivered in the ring for him. The partnership has worked for us both. There’s been loyalty shown on both sides, from me and Frank (Warren). 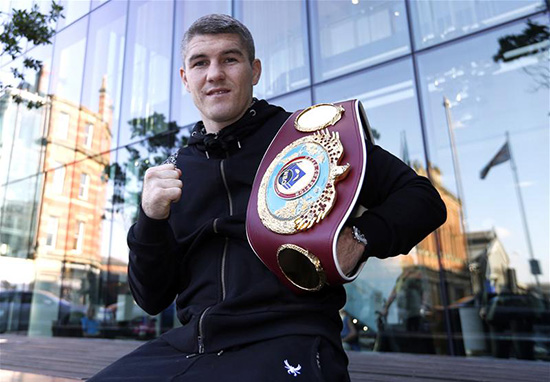 Liam Smith on why loyalty, not always the most common commodity in boxing, can be a winning formula.

I did participate in the adult film because at the time I needed money but also because I am a bisexual man.

Tomorrow:  Pro-File features the next part of an exclusive and revealing interview with world title challenger Billy Joe Saunders