Sorry Amir, it’s no Khan do against Canelo

Presumably Amir Khan will be making enough from his out-of-the-blue fight with Canelo Alvarez to help towards buying Bolton Wanderers. One can only hope he fares better than his stricken home-town football club but like them, it’s a tough one for him. 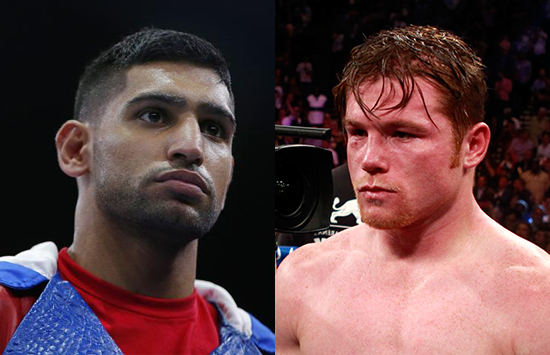 Bundles of money is the only reason I can think of why he would want to jump two weight divisions and challenge one of the world’s finest and fiercest fighters for the red-hot redhead’s WBC world middleweight title in Las Vegas on May 7.

Otherwise it doesn’t make sense. He will have been out for a year and will be as rusty as an old nail against a tuned-up Mexican not noted for taking prisoners when facing an opponent with a dodgy defence.

Even though the match is made at 155lb you can bet Alvarez will be climbing into the ring at the new T-Mobile Arena in Las Vegas a good ten pounds heavier on the night.

It could be a fascinating fight – while it lasts. Khan obviously fancies the job and good luck to him. No-one can ever doubt the boy’s bottle, he’s as game as they come.

Canelo’s only defeat in 47 fights came against Floyd Mayweather jnr who outboxed him. Khan will be hoping to the same but one wonders if the 29-year-old retains sufficient speed at 155lb to do so?

The rumour is that he was having trouble shifting the weight he has put on while inactive for so long, which may be why he did not take welterweight title fights with either Danny Garcia or Kell Brook.

The thought occurs that in the unlikely event of Khan winning, instead of a now kyboshed showdown with Brook he could have an even bigger all-British blockbuster with Billy Joe Saunders.

But let’s not get ahead of ourselves, for taking on Canelo on Mexico’s big Cinco de Mayo celebratory weekend may be a brave move, lets hope it isn’t a foolhardy one.

One things for sure is that it will capture the public’s imagination over here.

Will it be Amir’s final fling?