Liverpool light-welterweight ace Tom Stalker is targeting a return to championship level after he sees off Tommy Carus in their derby clash at the Liverpool Olympia on Saturday 20th June. 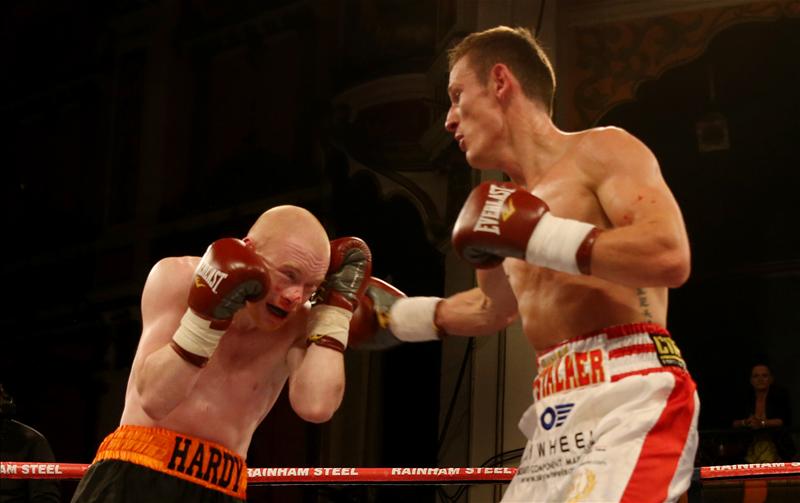 Stalker takes on Carus over eight-rounds on the undercard of former IBF World Bantamweight Champion Paul Butler’s comeback and Jack Catterall’s WBO European Light-Welterweight title defence, but has his eyes on a first championship title.

The 30-year-old has only lost once in 11 fights – a thriller to rival Jack Catterall in eight-rounds last October in his first title challenge for the Vacant WBO European crown – and made a successful return to winning ways in March with a points win over Michael Mooney.

He has the amateur pedigree after captaining Great Britain’s record-breaking Olympic medal winning boxing squad at London 2012, but is hungry for success in the pro-ranks.

“Football derbies are always exciting in Liverpool, but boxing ones are even spicier and I can’t wait for this one against Carus,” said Stalker.

“I know that if I do a good job on Carus and get him out of the way then there could be a title fight lined up for me next for me which is what I really want.

“The loss to Catterall for the WBO European title was hard, but I’ve got it out of my system now.  It was a cracking fight between two unbeaten fighters, he won on the day and that’s boxing.  I’m just looking to get on in my career and work towards a second crack at a title.

“Carus is a tough kid, he’s only lost twice in nine fights and both were points losses, if I can stop him it will make good statement.”