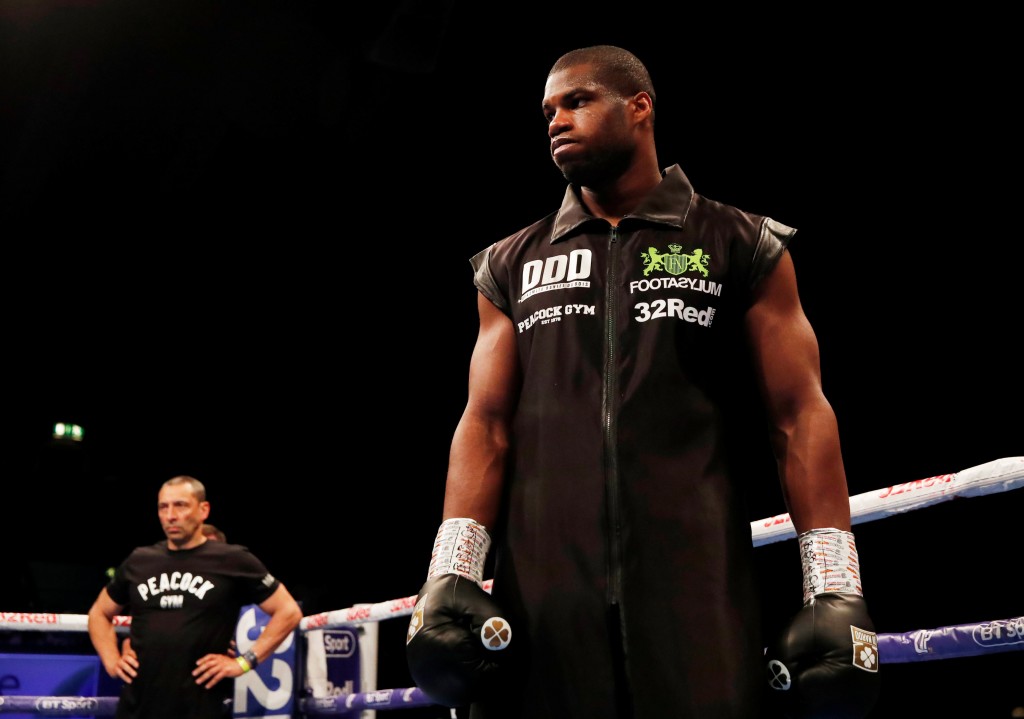 HAVING FAILED A late fitness test I was unable to get along to last Saturday‘s spectacular at the O2 Arena, but I have to say watching BT’s excellent coverage on the box, both in terms of production and presentation, was almost as good as being at ringside. With the bonus of an expert commentary team in John Rawling and Barry Jones plus the inimitable bounce of Buncey.

The brightest star of the night, of course, was heavyweight Daniel ’Dynamite’ Dubois, whose unerring dispatch of fellow unbeaten rival Nathan Gorman for the vacant British title underlined my prophecy made some time ago that here is world champion in the making.

However what was so refreshing about the commentary was that the boys behind the mic did not go overboard with rah rah rhetoric in describing the fight and talking up the obvious potential of young Dubois. Nor did they drain every syllable out of the every punch thrown. It was rational, and reasoned; what a contrast to a few hours earlier when, on different channels, we were drowning in hyperbole.

It was a fantastic weekend for sport but slightly unfortunate that such a fine performance by Triple D was overshadowed by events at Lord’s, Wimbledon and Silverstone. It certainly did not get much of a mention in the public prints.

No matter, we shall be hearing much more of Dubois in years to come now that he has put down his marker on that world title.

Dynamite Dan may not have the gift of the gab – he is certainly the strong silent type – but he certainly has the gift of the jab. His solid, venom-spitting left-hand lead is the most effective we have seen since the days of Lennox Lewis and before that Larry Holmes. Between them, his trainer Martin Bowers and promoter Frank Warren have done a brilliant job.

I think he had the edge mentally as well as physically, having sparred scores of rounds with Gorman when they were amateurs together. He knew that, while Nathan was the more skilful of the two and had the ability to outbox him, he had no fears about steaming in with the knowledge that Ricky Hatton’s protégé could not hurt him. Which is why he went after him from the bell.

As Warren, firmly back on top as British boxing’s Ringmeister, said in his column here this week, Dubois has no need to be hurried. He has all the time in the world to develop that jab even more and with that right hand cocked and ever-ready detonate his dynamite he could be unstoppable.

This amiable young man, built like the proverbial brick outhouse, may be quiet, almost reserved, in demeanour but his thunderous fists speak volumes.

He and Gorman were brave enough to put their unbeaten records on the line at such early stages in their respective careers and Warren was brave enough to bring together two of the brightest prospects in his stable.

I am not a gambling man but I’d be prepared to wager a decent bob or two on Dubois doing to Anthony Joshua what he did to Gorman right now.

And I’d add that on the evidence of the five thunderclap rounds that we saw on Saturday I’d say that, bearing in mind he is still only 21, given two or three more years he would topple any heavyweight in the world. I include his other two stablemates Joe Joyce (who had a sound points win over Bryant Jennings but again showed defensive vulnerability) and Tyson Fury, though he would need to wait until Fury’s legs start to weary in his mid-thirties.

But what a potentially lick-lipping heavyweight mix’n’match Warren has on his hands now with his Fab Four.

HOW APT THAT Super Sunday’s cricket World Cup final should virtually be decided on a run out. Because by then the hyperbolic television commentary team had themselves run out of superlatives.

“Fantastic, marvellous, fabulous, unbelievable.” Even “The greatest sports event of all time.” Really? Magnificent a spectacle as it was, I must demur.

While one can understand how easy it was to go OTT in describing the encounter between England and New Zealand are we really to believe that this was simply the best? Or rather, the best ever?

Call me an old cynic if you like – and indeed I probably am – but we didn’t hear Americans shrieking with delight on the other side is the pond. And there are three other continents where cricket leaves them cold: Africa, (excluding South Africa of course), East Asia and South America. I should not think the Middle East was too bowled over by it, either.

This is not to decry what we actually saw at Lord’s but I have been equally moved by other events in other times. How many times have I been asked what is the greatest sporting occasion I have ever seen? Well, the London Olympics, taken in its in entirety would take some beating. But my answer is always the same. Boxing’s Rumble in the Jungle closely followed by by the Thrilla in Manila, happenings that were as bizarre as they were a dramatic.

And if we are talking about sporting occasions in England as well as the world, how about 1966 and all that? Those of us old enough to remember will recall that the nation’s joy at the World Cup victory – also in extra time – was even greater then and so was the global impact because far more nations playful play football than they do cricket.

PERNELL WHITAKER, BOXING’S Sweet Pea, who has died in a road smash at 55, was that master of the noblest of arts, defence. Watching him launch his pulsating attacks from platform of backfoot boxing was always a delight. More than anything he will be remembered for his astute ring craftsmanship and his ability to out-think as well as outmanoeuvre and outpunch his opponents. Sadly, yet another of boxing’s greatest talents has gone, far too early in life.