STEVE WOOD ON FLANAGAN: ‘MANCHESTER HAS BACKED THE WRONG HORSE!’ 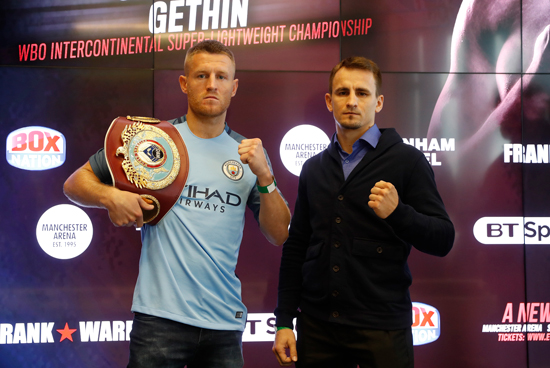 After watching Anthony Crolla lose for the second time against Jorge Linares; Steve Wood is backing Terry Flanagan to win his WBO World lightweight title defence against Spanish-based Russian Petr Petrov on April 8, and then pursue revenge for the Manchester fans by aiming for a unification bout with Linares.

Crolla, who lost his WBA World lightweight belt to Linares last September, was soundly beaten again on Saturday (March 25) by the classy Venezuelan and Wood, who was ringside to witness Crolla’s demise, is more convinced than ever that Manchester has been ‘backing the wrong horse’.

“Anthony is a lovely lad,” stated Wood, who manages Flanagan, “and you can’t help but admire what he’s achieved in the sport.  But I knew Linares would be too much for him again.  Linares is excellent; he’s had a long career but at 31 is not on the up, and he still had far too much for Anthony.

“I manage the best lightweight in the world, and Terry will show that against Petrov and put a smile back on the faces of all those Manchester fans who were left disappointed last weekend.  Just like Crolla, Terry is a really top lad.  He’s very understated and doesn’t shout his mouth off, which can go against him in this sport.  But the most important thing is that he can really fight.

“Petrov is the best lightweight outside of the current champions and will be an excellent test, but Terry is determined to put on a spectacular performance and give the fans at the Manchester Arena something to cheer about. 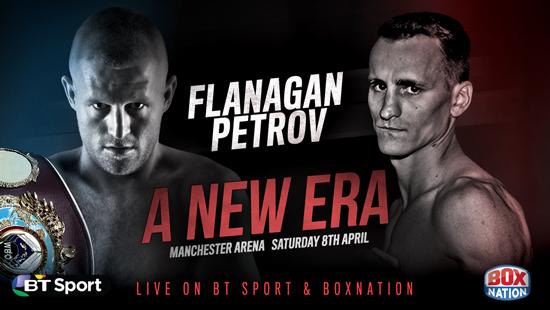 “Both Crolla and Linares had options to face Terry but they chose to swerve him and fight each other again, and that’s because they know he’d beat them.  Styles make fights and I strongly believe Terry would not just beat Linares, but stop him.  There is an offer on the desk of ‘Golden Boy’, so that when Terry beats Petrov, Linares can return to Manchester for the unification.

“There are some tickets still available for Terry’s fight against Petrov, starting from £50 and available from Manchester Arena.  Manchester should get down and support Terry on April 8th, and then follow him next time when he gets revenge for the city.”