Steven Lewis: “I can’t wait to test myself in longer fights against better opposition”

Scouse shy guy Steven Lewis is starting to cause a ruckus with his potent fists. 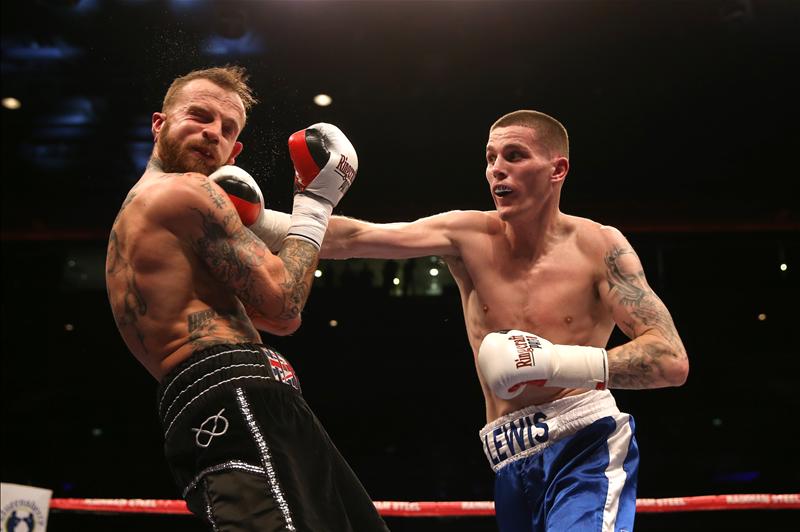 A two-time national junior champion, the 22 year old welterweight from West Derby has raced to nine straight wins since turning prizefighter in October 2012.

And while five of his first seven opponents made it to the finish post, his latest two victims were demolished in just three rounds combined.

And the lad who idolized Mike Tyson as a boy will be looking to wreak further carnage when he steps up to eight round level for the first time against Georgia’s Jaba Shalutashvili at Manchester Velodrome this Saturday.

‘I put it down to the fact that I’m still developing, still improving rather than getting stronger or more powerful,’ says the humble Everton season ticket holder, who is managed by Neil Marsh and a product of the high-flying Everton Red Triangle gym, run by brothers Paul and Mick Stevenson.

‘My all round game is getting better and that means I can land cleaner shots. It’s gradually all starting to come together. The stoppages are nice and if I sense an opportunity I’ll take it.  But, going into a fight, it’s not in my head to go looking to end it quickly. I just go out to box to the best of my ability.’

The 5ft 9in Lewis is the latest from the ERT conveyor belt that has constructed talents such as European flyweight boss Kevin Satchell, British super-bantam boss Jazza Dickens and Luke Campbell conqueror Ryan Farrag.

‘We all want to be champions – several already are – but there’s no egos and the atmosphere here is absolutely brilliant. Each day, I can’t wait to get to the gym to see the lads and we always have a laugh. You always arrive in a good move before the pain starts.’

Away from the bright lights and rave reviews of fight night, the humble Lewis has been honing his craft in the sparring ring.

‘David Avanesyan, a Russian who’s ranked nine in the world by the WBC, has somehow landed at our gym recently. He’s not only a brute physically, he’s brilliant technically; very busy and accurate, loads of ringcraft. I’ve been learning so much……how to run away, for a start!’ quips the Mersey prospect.

‘I’ve also done a lot lately with (one time English light-welter champion) Tyrone Nurse, who’s far more slippery but a very good fighter in his own right. It’s great to share a ring and learn with fighters of this calibre.’

Paul Stevenson who, in tandem with brother Mick, has coached Lewis throughout his pro career claims: ‘I’ve no doubt that Steven has got championship potential and it shouldn’t be too long before he’s in the mix for titles.

‘He’s still very young, still learning, still developing his own style. But he has every ability needed. People praise his strength, and he is beginning to really turn his shots in, but he’s also a very clever fighter with good feet and good defence. He’s holding his own with this world class Russian in spars. He’s got every chance.

‘On top of that, he’s a model pro, a joy to work with. Though he walks around with this permanent scowl, he’s a very shy, quiet lad; dead funny and respectful. Great manners. He’s a gentle man, in the literal sense.’

This weekend he crosses the Pennines and hopes to further expand his fan club with a polished display against the experienced Georgian who brings credible 18-14-1 stats, with eight wins by stoppage.

‘I can’t wait to test myself in these longer fights against better opposition,’ says Lewis.

‘Sparring’s different to fighting but I do eight rounds comfortably in the gym. Doing longer sessions on the bags and pads helps you acclimatize. I know I’m capable.

‘My manager Neil Marsh has got plans for me and I leave everything up to him. I just intend to keep progressing in the gym and to end 2015 as an unbeaten fighter on the verge of some kind of title shot.

‘Ideally, we’d like everything we’ve been working on in the gym to pay off come Saturday night. I just want to deliver another performance that makes Paul and Mick happy.’