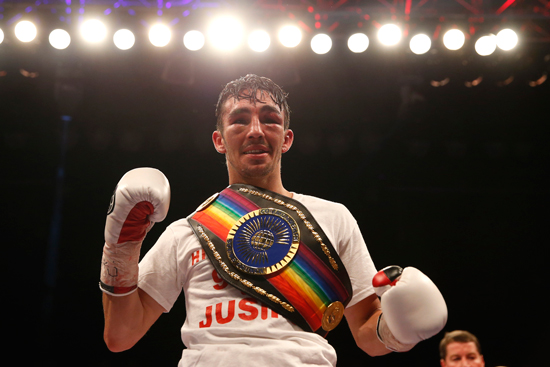 Red-hot Super-Flyweight ace Jamie Conlan will headline a mouth-watering night of boxing at Belfast’s Titanic Exhibition Centre on Saturday 5th November. The unbeaten thrillmeister makes the first defence of his Commonwealth strap against an opponent to be confirmed on an unmissable evening of boxing, live and exclusive on BoxNation.

Known as ‘The Mexican’ for his thrilling, all-action, style, Conlan has established himself as a massive fan favourite and brings guaranteed excitement every time he fights. Back in April all-action Conlan beat South Sheild’s Anthony Nelson to claim the Commonwealth Super-Flyweight crown in an early fight of the year contender. Braveheart Conlan looked in trouble in round seven but survived to land the decisive blow in heroic fashion.

Conlan (17-0 – 11 KOs) has a well-deserved reputation as a rising star in the Super-Flyweight division, due to his undefeated record and strong KO ratio. The 29 year-old former WBO European Champion is delighted to be fighting back in his hometown after dispatching Czech Republic’s Patrik Bartos last time out at the Wales Ice Arena.

“I’m thrilled to be boxing back in Belfast. I grew up watching a local guy from my area called Eamonn Magee become Commonwealth Champion and it’s always been a title that has stood out for me. To be defending the Commonwealth title front of my home crowd will be a great experience and I know I’ll have big numbers there watching me successfully defend it.”

Details of a talent-stacked undercard will be announced shortly along with ticket information.