The more I see and hear about Billy Joe Saunders, now finalising his training in Marbella for his December 19 WBO world title challenge against champion Andy Lee the more I am beginning to strongly fancy his chances. 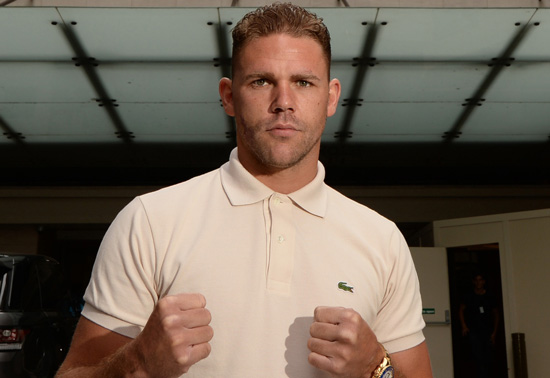 Billy Joe has always talked a good fight – he is up there with the best of them when it comes to the chirpy chat – but more importantly he is looking in tremendous nick.

In recent pictures I have seen he seems almost as svelte as a welterweight after sweating off the pounds piled on during two postponements.

He will have been heartened, too, by his pal Tyson Fury’s great victory in Dusseldorf, especially as he correctly predicted the manner of it and relieves the bookies of some twenty grand in the process.

He is also one of the most open and down-to-earth fighters I have encountered. He recalled in Punchlines a few months back how he still sheds the occasional tear over failing to win an Olympic medal in 2008, and more recently spoke of how he always posed something of a dilemma for the national selectors during his amateur days.

They didn’t much want the hyper-active Billy Joe around the national set-up, probably fearing he was a disruptive influence on away trips with the honour of the England or GB vest at stake.

Trouble was for the selectors, the young Travelling man from Hatfield didn’t give them much choice in the end – he just kept on winning and could be ignored no more.

“I nearly gave up boxing myself as an amateur,” he admits, confessing he was “a bit of a handful” in his youth. “I a bit of a tearaway “I was doing well as an amateur but I couldn’t get to the England team, as I was into mischief too much. I was a liability to take away and was always getting into trouble!

“When I started beating everybody they had no choice. I started winning gold after gold and went on a 49-fight unbeaten streak as a senior, then I got my chance.

“I was very hyper-active. I still am now to be honest.””

In TV interviews, Billy-Joe often teases with tales of gypsy fights and bare-knuckle battle for bets, but admits is not something of which he has personal experience. He does, however, recall a time when he did punch above his weight to settle a score with a current 7-3 heavyweight from Hatfield.

“No I haven’t, not for money, but it does happen,” he said of the bare-knuckle brawling. “I’ve settled a few differences, the last one I had was when I was about 17 with Tom Little when we had a straightener outside that went on for about ten minutes. We shook hands after and we’re good friends now.”

Coming from such strong fighting stock, it is perhaps surprising that Andy Lee was the first world champion from a Travelling background – now, of course, joined by Tyson Fury – while the Manchester Xmas Cracker card on December 19 will witness the first world title contested by two Travellers.

Billy Joe has his own theory and it seemingly has much to do with the right of passage that is the passing of your driving test.

“It is about discipline and when young Travelling boys pass their test they can get money like there is no tomorrow. Their goal is big places, new cars, but what they don’t realise is while they might have money and get a new car, the bigger goal is to take your time and get your houses, property – then you can have what you want.

“They get married, go out, have kids and before they know it they are fat as a bull and can’t be bothered to box again. You only get a small minority that stick to it.”

Fortunately Billy Joe did – and I suspect he is about to reap his reward.

Who were the best middleweights?

With my esteemed colleague and long-time friend Colin Hart, of The Sun, I spent a happy afternoon in the BoxNation studio last week debating the wonderful world of middleweights. Who really were the best at 160lb, arguably the most prolific and productive of all weight divisions, in post- war years?

The argument wasn’t easily settled and fans can make up their own minds when watching Boxing Matters tomorrow night (7pm).

Colin and I did agree on one thing – that the cold, cunning Argentinean Carlos Monzon should be numero uno on both our lists, yes above even Sugar Ray Robinson.

What a fighter Monzon was – a monster in the ring and out as I have previously described him. 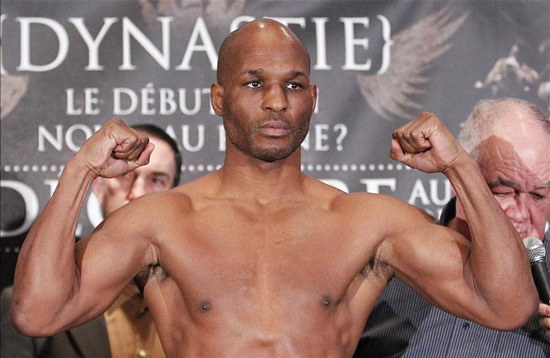 We kicked around some legendary names: Robinson, Marvin Hagler, Dick Tiger, and Bernard Hopkins featured on both cards, as did Gennady Golovkin who we deemed good enough to mix it with some of the giants from the past, including Jake La Motta, Tony Zale and Rocky Graziano, and maybe even beat a couple of them.

I insisted on including the fabulous Frenchman Marcel Cerdan at number ten while Colin plumped for Randolph Turpin by virtue of his sensational 1951 win over Sugar Ray at Earls Court, almost as big an upset as that pulled off by Fury.

No doubt you may beg to differ, so tune in and see what you think.

When Rockys were for real

With Sylvester Stallone ’s latest celluloid offering ‘Creed’ , a sort of Son of Rocky – or rather his first opponent – now released in the US and due here next month, it seems timely to take a look at a remarkable tome which reveals all about the real Rockys: the Italian-American fighters and their achievements.

Author Rolando Vitale, who lives in Hertfordshire, has painstakingly complied what is tantamount to a Ring Record Book of those in boxing those whose names usually end in a vowel and have been so dominant and influential on the fistic scene since men first pulled on the gloves.

Never mind Rocky Balboa, the real Rockys were Marciano, Graziano and their ilk. Here you will find not only records and diligently researched details of their lives away from the ring, but an absorbing collection of essays, anecdotes and a historical mountain of information about golden age in which they fought.

There are also references to some Brits of Italian descent like the late Dennie Mancini, and managers, trainers and referees and referees such as Angelo Dundee and Arthir Mercante.

I have to be honest it`is not everyone’s glass of Chianti. You have to be a well-seasoned aficionado to plough through the book’s 430 pages; but it is a worthwhile journey.

Such sweet charity from Dave

Dave Field, who died last year, was for many years an outstanding boxing correspondent of the Press Association, and a secretary of the Boxing Writers’ Club. He always covered the sport with fairness and authority.

He was genuinely passionate about boxing, so much so that in his will he has left over £8,000 to the British Boxing Board of Control’s benevolent fund which helps out boxers who have fallen on hard times.

“It is the largest single donation we have ever had, a wonderful gesture” says Board general secretary Robert Smith. We heartily agree.

What Karron Stephen-Martin, Chris Eubanks ex-wife, said she replied when he claimed she would never meet another man like him after their divorce.

You’re just a big Audley Harrison mate, your heart will fail you. Trust me. 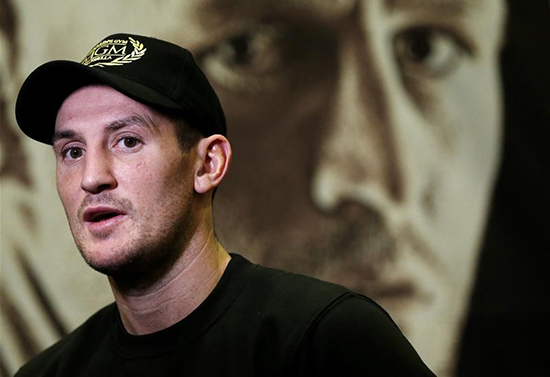 Phone hasn’t stopped, over 1000 tickets ordered from myself already , thanks everyone.

Tweet from Derry Mathews as interest builds for his forthcoming WBO lightweight title scrap with Terry Flanagan in Liverpool.

It was like a mongoose who had to go into the cobra’s nest and steal all the eggs.

Tyson Fury reckons he was rumbling in the jungle.