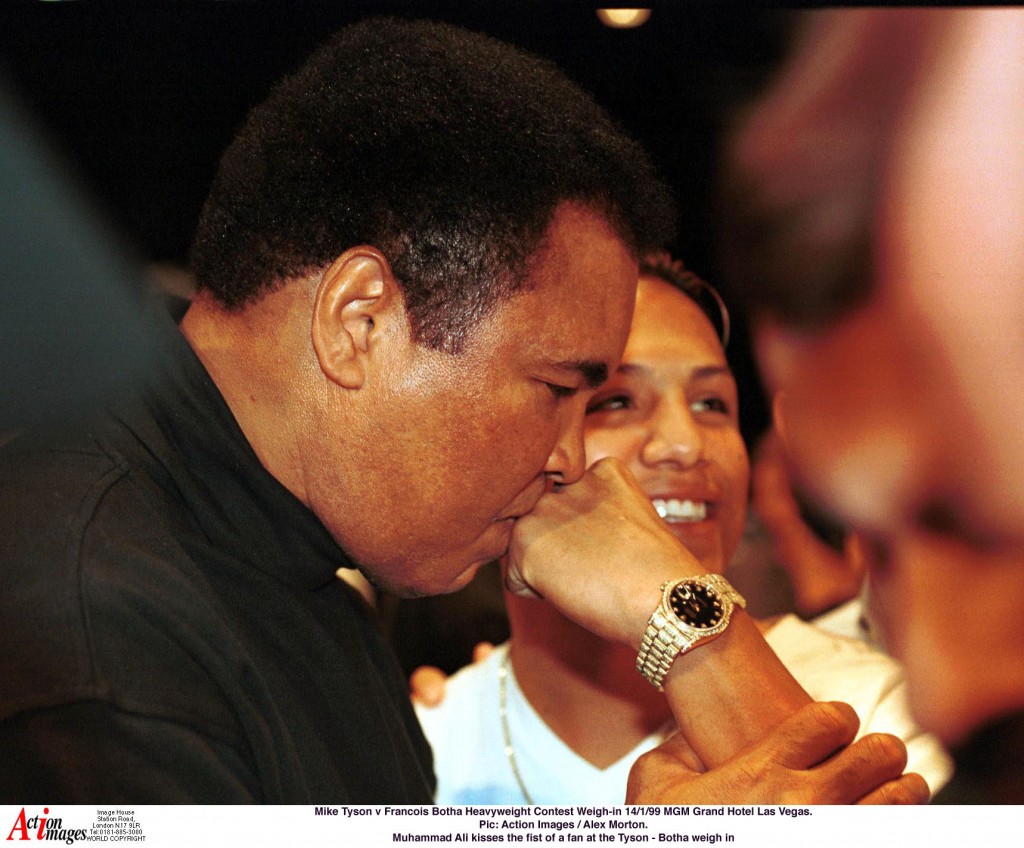 This week marks my 65th year in journalism, something which one might say is to be commiserated rather than celebrated. However, it has been a fascinating journey, to say the least, a helter-skelter of a ride through this sporting life alongside characters from the fatuous to the famous.

Along the way there has been drama, tragedy, delight and despair. But there have also been a lot of laughs. It is the people I’ve encountered, so diverse in personality, who are lodged most firmly in the consciousness. Most notably those in boxing, with which my career has been substantially associated.

I’ve had tea with Trump and jogged along with Boris; sparred verbally with Muhammad Ali, shaken hands with Nelson Mandela and been sworn at by a man of God.

I have been lucky enough to travel to more countries than I can remember and covered virtually every sport imaginable, from boxing and barrel jumping to basketball to bog snorkelling. My sportfolio has included a dozen Olympics, half a dozen Winter Games, numerous Commonwealth Games and football World Cups and Wimbledons. But my first love has always been the good old noble art.

My affection for boxing began as a schoolboy, where I did a bit myself, none too successfully, but became enthralled as I listened to radio broadcasts of big fights involving Randolph Turpin, Freddie Mills, Bruce Woodcock, Eric Boon and others of that era.

Fresh out of grammar school, my first job was as a cub reporter on a weekly newspaper in South London, the Balham and Tooting News & Mercury and my first major interview was with the then popular comedian Tommy Trinder, who was also chairman of Fulham Football Club, as well as host of the hit TV show Sunday Night at the London Palladium.

Trinder was starring in a pantomime playing Buttons in Cinderella at the Granada in Tooting and my editor asked me to interview him about his life and times. So I toddled along and had an absorbing hour-and-a-half with him in his dressing room during rehearsals. As I prepared to leave, notebook bulging, I thought of one final question. “Tell me Mr Trinder, have you any great ambition left in life?”

“Funny you should say that son, yes I have,” he replied and proceeded to recount a salacious tale about the glamorous Italian film star Gina Lollobrigida which made me splutter into my coffee. Quite unrepeatable here. Some baptism for this 17-year-old. It certainly prepared me for my future rumbling in the jungle of the fight game.

I began my boxing writing apprenticeship at amateur shows at Wandsworth Town Hall where one of the favourites was the late referee Roy Francis.

My first pro show was at Streatham Baths where British featherweight champion Bobby Neil, who then lived locally topped the bill. We were to become firm friends as a little later on were our respective, but sadly late, spouses. I still speak regularly with Bobby who at 85 is Britain’s oldest surviving champion behind 87-year-old Sammy McCarthy.

After moving to Fleet Street my first trip to the United States was to cover Terry Downes’ world middleweight title defence in Boston against Paul Pender. I still recall interviewing him as he showered, tears of disappointment streaking down his face together with the blood the damage to the nose he called his ‘perishin’ ‘ooter’ that had caused the fight to be stopped.

As the years progressed again I was lucky enough to travel the globe covering most of Muhammad Ali’s epic career, including the first fight with Joe Frazier at Madison Square Garden, the Rumble in the Jungle and the Thrilla in Manila. All three are lodged in my mind among the most memorable sporting encounters I have witnessed.

Being around Ali and his exotic entourage was always an uplifting experience. Whether it was in London or Las Vegas, Louisville or Kuala Lumpur. Atlanta or Zaire. Or at his one-time mansion in Los Angeles where he invited a few of us to ‘come on over’ to breakfast and show us his magic tricks. He loved the Brits, and we loved him.

Tea with Donald Trump came in the mid-1980s when we met with him in Atlantic City where he was then a boxing promoter and entrepreneur, co-promoting a Mike Tyson fight at one of his casinos. Little did we know then that we were chatting amicably with the future President of the United States. He was charm personified.

And who would’ve thought when Boris Johnson was Mayor of London and I interviewed him about his role in the London 2012 Olympics, where he would end up this very week – as our Prime Minister? 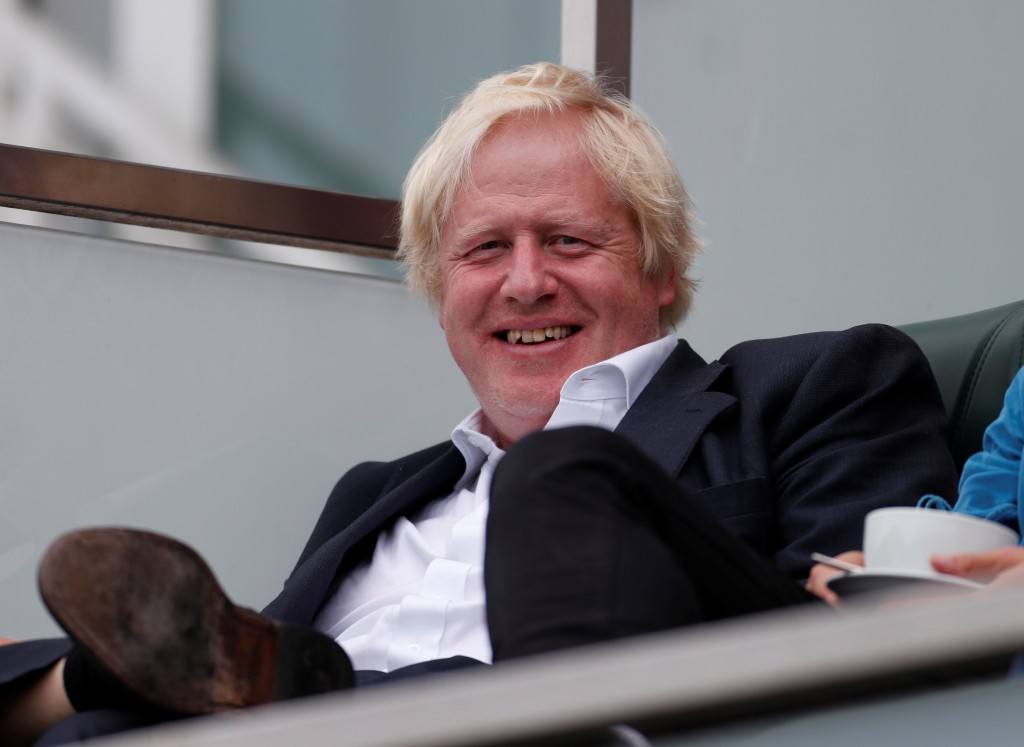 Dear old Boris was as affable as usual when I met him in Dulwich, South London, where he was presenting the trophies at a school swimming gala. Inevitably, he was in a bit of a rush and suggested we continue the interview as he went for his train to take him back to central London. So I had to jog with him down the hill towards the station where he jumped into the first-class carriage and invited me to join him.

As we approached Victoria, I suddenly realised I had not got a ticket. “Don’t worry old boy,” he guffawed. “Neither have I.” And together we sailed through the barrier as he waved cheerily to an inspector.

Bojo is actually a bit of a sports buff and I did ask him what he knew about boxing. Absolutely nothing old boy,” he replied. “But I just love to watch them biffing each other.”

I also was blessed to shake the hand of the great Nelson Mandela who spoke enthusiastically about his days as an amateur middleweight. I have to say that after the many times I shook hands with certain sports leaders I counted my fingers afterwards.

I did lose count of the number of times I shook the hand of Muhammad Ali, although sadly in the last few years of his life it was his shaking hand. It takes a book – and there have been scores of them – to recount the tales about The Greatest.

He was never known to decline an interview even though his trainer Angelo Dundee once told us when our plane to Dublin to meet him was delayed that we had missed him as he had gone to bed. “That’s a shame,” we remarked. “We only wanted to talk to him for 10 minutes.”

“You’ve got no chance,” he replied. “He never talks to anyone for less than an hour. Go on up.” And, of course, we did, to be regaled for more like two hours as he lay on his bed being treated for flu by a doctor.

Sylvester Stallone was also a joy to converse with and he demonstrated precisely how every punch in the Rocky movies was choreographed. Rocky films, perhaps more than anything, showed us how closely sport and showbiz are now allied.

Among the other showbiz stars who have crossed my path was one Francis Albert Sinatra. Odd circumstances, too. I stood next to him at the gents in Madison Square Garden before the first of the Ali-Frazier trilogy.

I told him Ali. “Nah, Frazier will destroy him,” sniffed Sinatra, who was working as a ringside photographer for Life magazine at the fight. 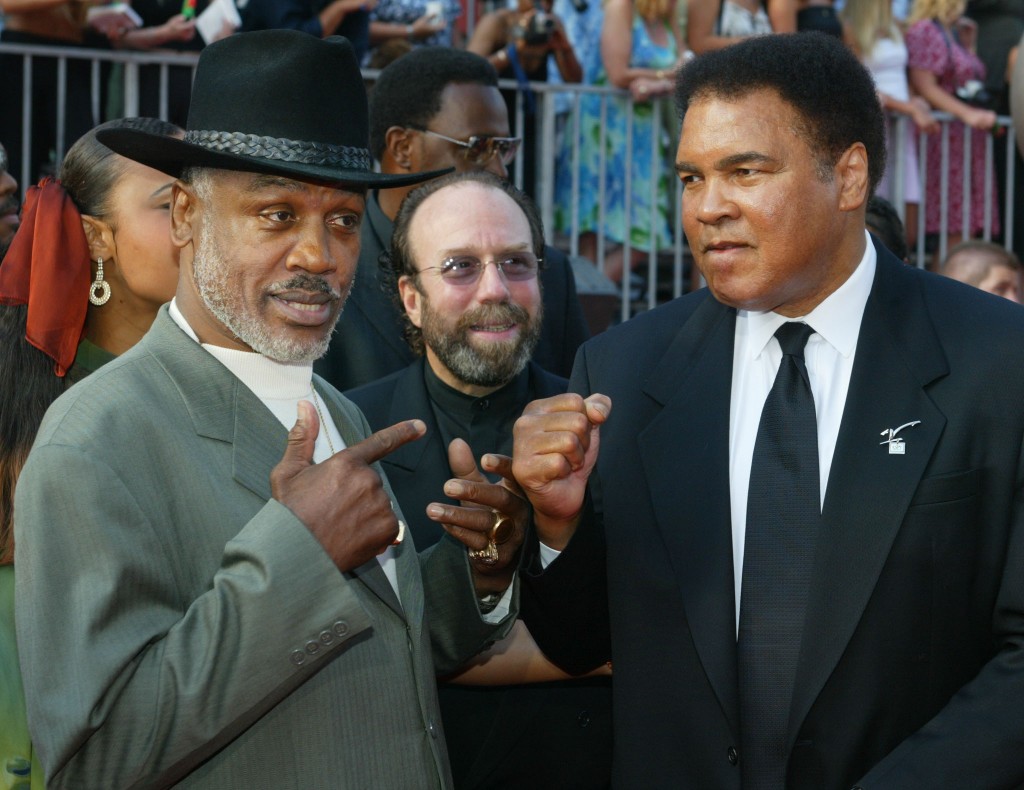 Another entertainment legend involved as a ringside pundit for television was Burt Lancaster, macho star of films such as Trapeze and From Here to Eternity.

The Garden’s wonderfully laconic PR John Condon had introduced a group of British writers to him at the weigh-in. As Lancaster turned round we saw he was wearing lipstick, mascara and rouge. “Hiya fellas,” he smiled, fluttering his eyelashes and then looking at the boxers on the scales. “Don’t ya just love their muscles?”

“Blimey,” one of my Cockney colleagues, the late Reg Gutteridge, gasped. “He’s a bleedin’ iron!” (Iron hoof, rhyming slang for poof). A few weeks later Lancaster was arrested in Hollywood while wearing women’s clothes. Turns out, the father of five was a transvestite.

Then there was the time when we encountered another famous Burt – the songwriter Burt Bacharach. We had been visiting Ali at a luxury resort near Los Angeles where he was training and we were then to head for his opponent Ken Norton’s own camp at a place called San Jose in California.

As we drove out we noticed Burt strolling with a lady companion, rackets under their arms as they headed towards the tennis courts. The temptation was irresistible. Winding down the window we asked: “Excuse me, Mr Bacharach. You’ll never believe what we are going to ask, but do you know the way to San Jose?”

The man who wrote those enduring lyrics paused and glowered. “You gotta be kiddin’ mister!”

As it turned out, he then recognised a fellow passenger. It was Gutteridge, who he had met before. We all had a good laugh and he invited us to tea.

And of course, he did know the way to San Jose.

Finally, there is one unforgettable encounter with the late Reverend Ian Paisley. After covering a fight in Belfast, I was asked by my newspaper if I fancied trying to get an interview with the firebrand Ulsterman who was due to preach at a rally just outside the city. I thought it might be interesting.

As my taxi drove towards the gathering in the village hall, you could hear his stentorian tones from about a mile away. So it was with some trepidation that I approached him after the meeting closed. “Excuse me Mr Paisley, might I have a few words?”

He glared at me menacingly and inquired if I was journalist. I told him I was. His nostrils flared and his eyes blazed as he roared: “Can’t you see I’m on God’s business? Now f*** off!”