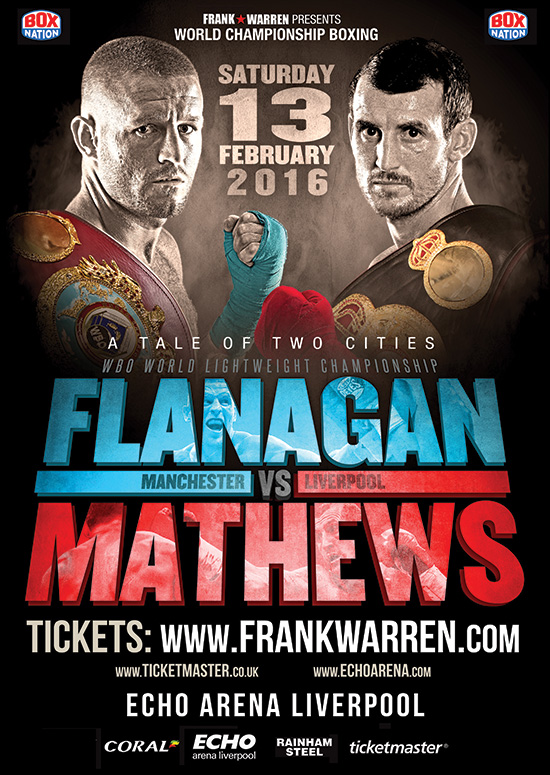 All-action Flanagan makes the second defence of the title against warrior Mathews in the potential thriller that pits the red-hot Manchester v Liverpool rivalry along with plenty of pride and honour at stake.

A top quality undercard will be announced shortly.