Terry v Derry trips more easily off the tongue than any firm prediction about the outcome of tomorrow night’s WBO world lightweight title fight set to explode in Liverpool. 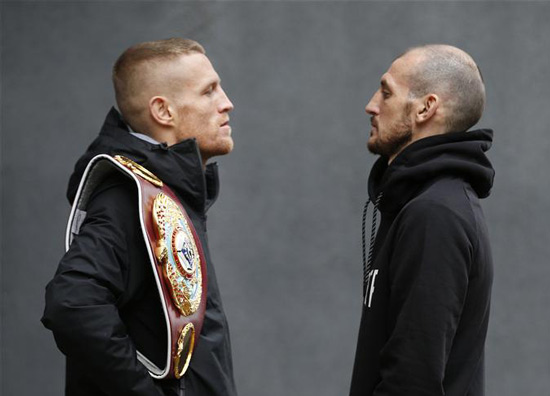 This fighting Tale of Two Cities has certainly set both Liverpool and Manchester buzzing with anticipation.

There is a good case to be made for either the vibrant new champion Terry ‘Turbo’ Flanagan or his ever-resolute challenger ‘Dirty’ Derry Mathews in what looks as an epic encounter of styles, will and passion.

Such is the intensity of their rivalry that I have no doubt the combative elements of this fight will more than compensate for the non-appearance of Guillermo Rigondeaux after that nonsensical visa mix-up, which has precluded him from making his scheduled debut here against Jazza Dickens.

To say we are furious at what has gone on is an understatement. It is deeply frustrating that such a ridiculous situation developed in his camp. It was not of our doing and our heartfelt apologies go out to the fans and, of course, to Jazza, who had trained so hard for his big night.

We are still bemused as to how and why Rigo got out of Russia, where he had been training, to return to his US base in Miami when his passport should have been with the British Embassy in Moscow, where his visa application had been delayed due to a Russian national holiday. The whole sorry episode just doesn’t make sense. Apparently something similar happened before he was due to fight in Dublin in 2013.

However at least instead we can sit back and watch a great fight unfold in which Flanagan is favourite. He is a fighter coming very much into his own at the moment, finally getting the recognition he deserves, both among the public and in the trade magazine as a class act.

He may not be the most expressive character outside the ring, but once he gets in there he lets his fists do the talking. That’s where he articulates best.

And there is no way you can write off a good and experienced campaigner like Mathews. He always comes to fight and I know they have both trained to the limit for this because there is a lot of civic pride at stake between their rival cities – not to mention the football teams they follow.

I feel we are going to see something special and there will certainly be more action from the start than there was in that other recent domestic duel in Manchester.

This is a fight that has not been over-hyped because the quality of the combatants, and their desire to win speaks for itself.

Flanagan, a smart unbeaten southpaw, knows he has a tough night ahead against gritty Scouser away from home. The 32-year-old Mathews, who is stepping into the ring for his 50th contest, has said he will take Flanagan into the trenches. Actually, both are the sort of guys you would want alongside you in those trenches.

And ok, we won’t be seeing the silky skills of Mr Rigondeaux this time but what we will have is some mighty spectacular punching from another of the game’s superstars in Zolani Tete. 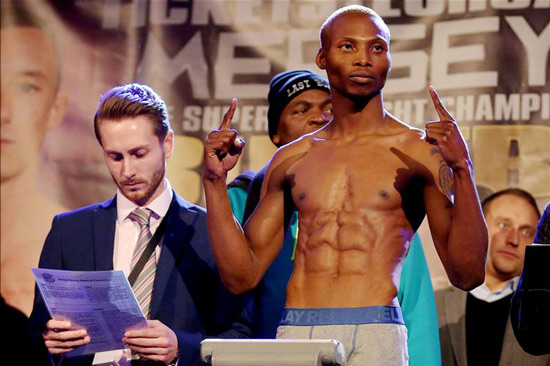 The Echo Arena should throb to a Mersey beat with this potentially drama-packed bill, which includes appearances for Tommy Langford, Ryan Farrag, Vijender Singh and our new signing Zelfa Barrett, nephew of Pat, for whom I predict big things.

By the way, on the same night in Merida, Mexico, George Jupp will be fighting for the vacant interim junior lightweight title against Miguel Berchelt. He steps in at short notice following his surprise win over Mitchell Smith.

Jupp, as he showed in his surprise defeat of Mitchell Smith, is a smart little boxer and he certainly has nothing to lose by grabbing this chance.

It is a tough ask because the other guy can punch and has home advantage, but good luck to George for taking the sort of opportunity that is sometimes the name of the game.

Like the Liverpool bill, it will be televised by BoxNation.

Tomorrow in Hubbard’s Cupboard: Recalling the Fight of a Lifetime