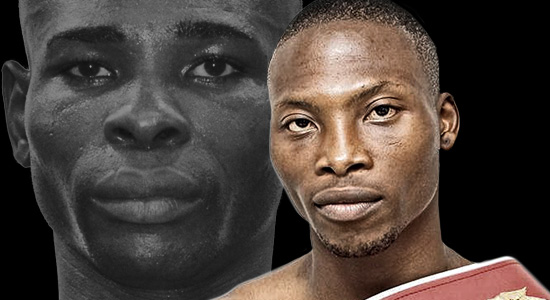 The former IBF World Super-Flyweight Champion from Mdanste in the Eastern Cape will feature on the same action-packed card as the unbeaten Cuban at the Liverpool Echo Arena on Saturday 12th March, live and exclusive on BoxNation.

Bantamweight Tete harbours dreams of becoming one of the greats of African boxing and is already making a name for himself as the most explosive puncher in his division with an incredible 18 knockouts in 22 wins.

The clinical southpaw says he could move up to super-bantamweight to face Rigondeaux after he takes on Mexican Jose Santos Gonzales.

He said: “You never know what the future holds but I won’t rule anything out. It’s one of those big fights you always dream of being involved in. Everyone wants to take on the very best and if the time is right it could happen. Rigondeaux is an amazing boxer and he is rated as one of the best for a reason so I have a lot of respect for him; he’s a true champion,”

“He’s a southpaw and I’m a southpaw, we’re both good boxers so it would be a great fight. It wouldn’t be easy but I believe I could beat him. I think it would be an entertaining fight for the fans that’s for sure.”

Touted as one of the best boxers to come out of Africa in recent years, Tete is determined to become a multi-weight world champion and plans on making the super-flyweight, bantamweight and super-bantamweight divisions his own.

He said: “It’s one of those big fights I’m looking for but Rigondeaux is two divisions higher than me and there are guys in this division and the next that I’m looking to beat first. When I decide to go up I’ll fight Rigondeaux or whoever is champion at the time,”

“When I’m changing weight division my trainers will make sure that I work on my power and strength so I’ll be more powerful than I am at super-featherweight. Moving up a weight won’t be a problem for me and I won’t lose my sting.”

Carl Frampton will defend his IBF super-bantamweight title against Scott Quigg and the powerful Tete believes he has what it takes to beat the both of them.

He said: “I’d definitely fight one of them in the near future. With the skills and talent I have I believe I could conquer them. I am not taking anything away from them, yes they are true champions but I think I’ve got what it takes to put my name at the top of the pile.”