THE BEST OF BRITISH – THE FRANK WARREN COLUMN 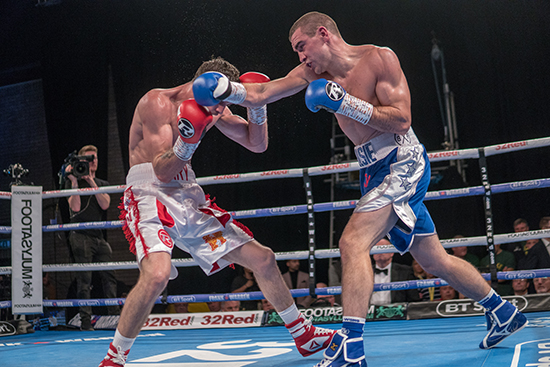 THE FIGHT OF the Year candidates are stacking up nicely now and we added another one to the shortlist on Saturday night when Johnny Garton and Gary Corcoran literally went at it with the British welterweight title at stake.

What a couple of warriors those two are and you have to admire their attitudes and willingness to put everything on the line and they gave their absolute all.

It is what boxing is all about and fights like this provide captivating viewing for those at the event or watching at home on TV. We knew pretty much what we were going to get from these two and both of them delivered in a big way.

Another great spectacle was delivered by the rookie pairing – in professional terms – of Zak Chelli and Umar Sadiq, who had just seven pro outings between them going into the fight.

Different people have different opinions of what the scoring should have been, but I had it as a close run thing and I think the knockdown along with the final round swung it for Zak.

You’ve got to hand it to Zak, who – at just 20-years-old – actually chose to be matched against an awkward, long and tricky customer in Umar. Not many would sign up for that at any stage in their careers, but he is a gutsy little sod and I think he could have a big future. 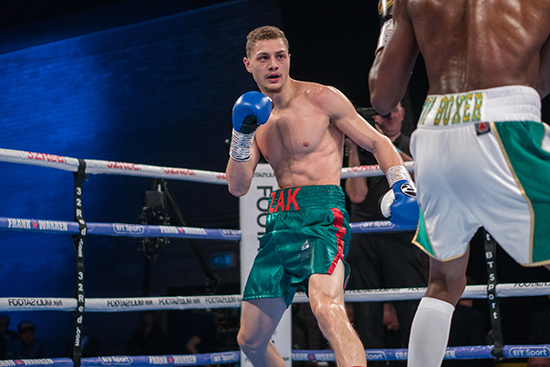 The stylish and, at the same time, destructive progression of Anthony Yarde continued at the end of evening, with the resistance of Walter Gabriel Sequeira eventually wilting in the fourth round.

Some fans and commentators continually drone on about Anthony’s opponents as if he is being spoon-fed a succession of bodies to blast out, but these people are rated light heavyweights selected on the basis of their rankings.

Because he is making relatively easy work of it all, Anthony does need to be stepped up and he will be, but matching him can be problematic with the financial demands that the prospect of fighting him seems to bring about. We will get him the fights that propel him towards the world title mix inside the next year.

Elsewhere on the card, it was good to see Bradley Skeete get back into the swing of things with a third round stoppage, while Nathan Gorman – although not happy with his own performance – got a good eight rounds under his belt that will ultimately serve him well.

THE WORLD BOXING Super Series has got a fascinating scrap on the cards next weekend when our own Terry Flanagan takes on the highly touted Regis Prograis in the quarter finals of the super lightweight category.

There has been a fair bit of noise surrounding the name of the 22-0 Prograis of late and his record of 19KOs suggests there is some pop in his punches. 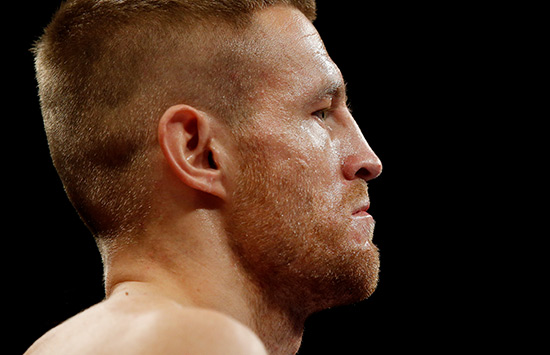 So Terry could well be up against it and will need to be at his best against one of the form horses of the division. These, however, are times when Terry tends of excel and when you get the best out of him because he generally rises to the occasion.

For all the plaudits that have been heaped on Prograis, fellow southpaw Terry will be the toughest opponent he has faced to date. He is an experienced operator with 34 fights under his belt and only a single defeat via a split decision against Maurice Hooker last time out.

The 12 rounds against Hooker, although he lost, will hopefully work in Terry’s favour against Prograis after a period of inactivity due to niggling injuries.

Victory over Prograis will put Terry right back at the forefront and ready for further big fights in a tournament he has the capability of doing very well in, despite not having the advantage of being a seeded contender.

IT WILL BE well worth tuning into BoxNation on Friday night when our young super flyweight Sunny Edwards defends his WBO European title against the far more experienced Ryan Farrag at York Hall. 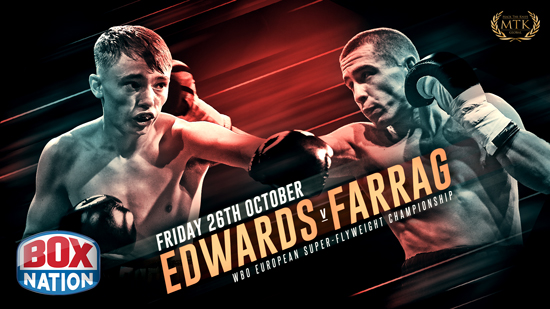 It represents a breakout fight for Sunny, who is just 22 with eight professional fights under his belt, coming up against a former European champion eight years his senior. Farrag’s only losses came against Lee Haskins, Karim Guerfi and Ryan Burnett, so he has fought at a high level and Sunny will be well positioned to push on to big things should he overcome the Liverpool man.

We also have some top young prospects around his weight on our books – such as Joe Maphosa and Harvey Horn – so there are some good matches to be made when the time is right.

BoxNation coverage from York Hall begins at 7pm on Friday