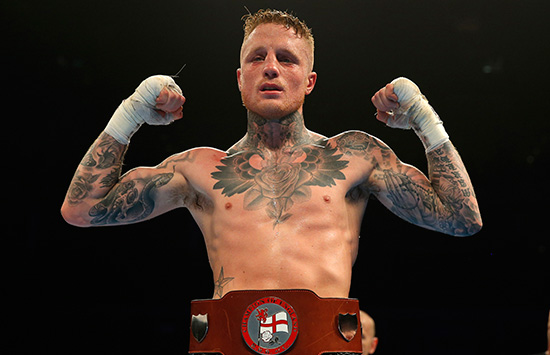 Not having his originally scheduled title challenger stepping out of the red corner on Friday night really makes no odds to Lee Markham because, as far as he’s concerned, he has been there and won that already.

Due to popular demand, Markham was set to rematch with Joe Mullender with the English middleweight title at stake at the Brentwood Centre on Friday night, one part of an intriguing card of fights topped by Bradley Skeete defending his British welterweight title against John Thain.

Mullender called for a rematch after being outpointed back in May at the 02 Arena on the undercard of David Haye’s second bout of his second coming, which was granted but the Brentwood boy subsequently withdrew with injury and the challenge has now been taken up by Andrew Robinson, whose last fight was a split decision reverse to British title contender Sam Sheedy.

Markham is really overly fussed over the switch, believing himself decisive in claiming the belt first time around, a view shared by the judges.

“To be honest with you, in my opinion, I won convincingly,” reasoned the 29-year-old known as Banjo. “Obviously it was a competitive fight, but there was no argument about the decisions.

“I wasn’t looking for the rematch because why would I want to cover old ground? It wasn’t something that appealed to me but they wanted it and, because it was such a good fight, people wanted to see it again so I was happy to oblige.

“It was another defence of my English title as I wasn’t going to get a British title shot straight away.”

Markham v Mullender was broadcast by the comedy channel Dave and, unfortunately, the home of witty banter omitted to include a number of punchlines.

Only the final three rounds were afforded airtime and Markham suspects the abbreviated screening provided a misleading narrative.

“Exactly, they didn’t see the first seven rounds that weren’t the closest of rounds, they only saw the last three that were when fatigue kicked in. In the first seven he couldn’t really get near me.

“It was a good fight and it was a shame because people said it could have been a contender for ‘fight of the year’, but it is a bit hard to make a case for it when you only see three rounds.

“Depending the result on Friday, I am sure that fight can still happen, but I am looking to fight for the British title. I want to win this fight, look good in doing it, then get a crack at the winner of Tommy Langford and Sam Sheedy.”

Markham’s ring resolve is sure to be tested again when Robinson rocks up seeking to upset the applecart.

“I haven’t seen a great deal of him as I don’t think there is much about and I am not one to do a massive amount of research anyway,” he confessed. “From what I have seen, he is a tough guy, very durable and looks quite strong. 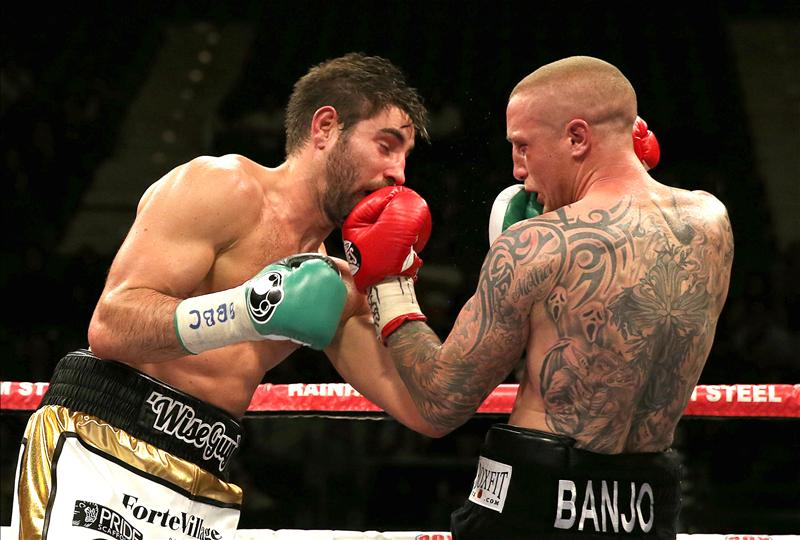 Tough, strong and durable appear to be the keywords when matching Markham, who never asks for or is presented with an easy night’s work.

His facial features tend to take a pummelling as he has resisted learning the scientific subject of hit and don’t get hit. Markham is happy to mix it, provide the thrills and spill a bit of claret along the way.

“That’s right! But I like being tested and like a hard fight where people don’t know what the outcome will be. If you look through my career I have fought a few journeymen like everyone else, but I have always been in competitive fights.

“That is what motivates me to train hard. If I was fighting someone I knew I was going to beat, I wouldn’t be able to get up for it and train as hard. I like to test myself and be in hard fights.

Surprisingly, it was a lack of motivation, Markham believes, that proved costly in his bid to claim the Commonwealth title at super middleweight held by Luke Blackledge last October.

He was coming off a compelling draw against Frank Buglioni for the WBO European title in the May and found he couldn’t find it in himself to raise his game ahead of a second big title opportunity.

What was predicted to be a barnstormer ended up being predictable and not particularly enthralling.

“I’ll be honest with you, the right man won the fight and I’m not going to start making excuses. I know this is such a stupid thing to say about a Commonwealth title fight, but I just wasn’t up for it.

“It was just too soon really, I was planning on having a little break and some family time and then the fight got offered and I took it. I didn’t particularly train hard and just thought I would turn up, do what I do, and grind out the win.

“It was not the right attitude to have and I didn’t prepare myself like I did say against Frank and Joe Mullender. I didn’t have the snap there and it was nothing like me in my opinion.

“It didn’t happen and was a bit of a clash. Sometimes people think it will be a great fight and it just doesn’t gel. It wasn’t the greatest of fights if I’m honest.”

The same cannot be said of his previous fight against Buglioni, which was an out and out war at Wembley. It was built up as a bit of a grudge match between former amateur rivals, only without any great needle between the pair, but the boxing was brutal and captivating at the same time.

While the draw was a disappointment, the match served to bolster the profile of the previously unheralded Cranham-based puncher.

“Obviously I worked my way up on the small hall stuff with Steve Goodwin, but as soon as I signed with Queensberry my profile went up and I did well against Frank Buglioni, who was a house fighter,” he reflected.

“So yes, definitely, most of my fights have been on TV since then, so I am very thankful,” he added, reasoning that he rolled the dice against Buglioni as a more natural middleweight against a super middle who would soon be a light heavy.

“It is all about taking risks and it wasn’t as if I had to protect an unbeaten record, but I had no intention of losing that fight either. I believed I had the beating of Frank, the size difference was there, but I thought I had his number.”

Such was the closeness and entertainment value of the fight, it looked to be a banker for a rematch, only for opportunity to come knocking at Buglioni’s door with the offer of a world title challenge against Fedor Chudinov.

Markham is philosophical over missing out on a return with the Enfield favourite, pointing out that it didn’t represent a blow as doors have opened for him too, such as Commonwealth and English title shots. 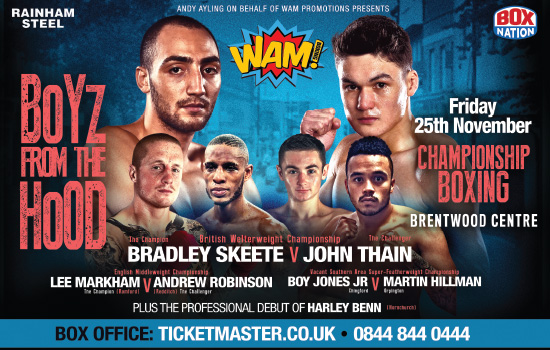 “Not really, there were no bad feelings between me and Frank and, even when I was fighting him I never had a bad word to say about him. He got offered a world title fight and I can’t blame him for that, I would have done the same.

“You are going to take it, it is good money and the opportunity to fight for a world title. There was a carrot dangled as well as they said if Frank did win he would be looking for an easy first defence.

“I’m not saying I would be easy but, compared to the top super middleweights at world title level, I would be.

“So it didn’t really bother me that the rematch didn’t happen, I thought it would down the line, but I’ve gone down to middleweight, he has gone up to light heavy and it never happened.”

Boxing is a part-time pastime for Markham, who doesn’t rely on purses when it comes to providing for his wife and two young children. Perhaps aware of his limitations and without inflated expectations, he is probably more of a perfectionist when it comes to his other profession.

“I’ve got my own carpentry business in partnership with somebody and I don’t take time off because I never have done and it is what I’m used to,” he explained. “Not only that, if I start letting builders down I’d be in bother as there has got to be a life after boxing for myself.

“I’ve got to think long-term really and I am building up a business at the minute and we are busy and doing well. Obviously boxing is important to me as well and right through the amateurs I have trained alongside working – that is just how it is.

“I’ve got to pay a mortgage and bills at the end of the day and, in my opinion, there is no money in boxing unless you are fighting for world titles. Any money I get from boxing is just a bonus.

“When I first set out I was just happy to tell people I was a professional boxer, but then your sights are on a Southern Area title and I got my English. My goal is to win a British title and that would be a dream come true, but now I have got my kids and the wife and just want to earn as much money as I can.

“That is not what I set out to do, when I wanted to be on big shows and be a champion, but times change.”

This chippy champion will be chopping away at the defences of Robinson on Friday night in Brentwood. Whether or not he is a nailed on winner remains to be seen!