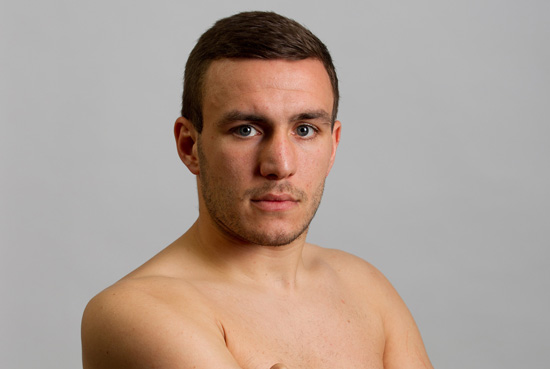 After tripping up over what was supposed to be the stepping stone of a challenge for the Commonwealth title at the end of September, a dejected Lewis Pettitt plonked himself on the ring apron at Wembley Arena and told the BoxNation viewers ‘I did it all wrong’.

It did not appear that way for much of the 11 rounds he shared with Lincoln’s Bobby Jenkinson before he was caught with his guard down by a heavy left hander that left him on the canvas scrambling to regain his composure. Well ahead on the cards, it was a case of attempting to ride out the storm and secure a points triumph.

The trouble was, Jenkinson’s sucker punch came less than ten seconds into the round and the storm did not subside, with referee Marcus McDonnell calling time on Pettitt with him 22 seconds from the respite of returning to his corner for a one-minute gathering of the senses. Pettitt maintains the stoppage was premature and he was still in there punching but, as he alluded to post-fight, there was a backstory behind his sluggish display.

Fight week is generally a period of gentle ticking over, with the hard yards already banked. For the 25-year-old it was a time of torturous toil as he battled with weighty issues and pounded the pavements in preparation for a pre-fight meeting with the scales.

By his own admission, Pettitt should have put a call in to the promoter and confessed his struggles, but instead made the costly mistake of underestimating the durability of his opponent.

“Up until the last week I was sparring wicked, everything was going to plan, then I just got stuck about six to eight pounds over – I couldn’t get anything off. I didn’t panic, I thought I’d got water in me, but when I still hung onto it I thought ‘s**t, what do I do now?’.

“The only thing I could do was just run, I ran so many miles in that last week it was untrue. I ran five miles on the morning of the fight just to get a pound off. They called out the wrong weight on the night saying I was 8st 8lbs – I’ve never been that in my life!

“I was just drained, when I got in there I felt dead, it was only about 10-20 per cent of what I can actually do. It is just one of them things really, the only thing I can do next time is I won’t work up to it all the way and will actually have three weeks off before I box.”

With professional help, Pettitt is applying some science to his dietary habits, seeking to suss out the mechanics of his body that failed him last time out. The maxim that less is more for clearly doesn’t work for the 5ft 4” super-bantam.

“I’ve got a nutritionist now and I’ve been working with a lady for the last four to five weeks and it’s going really good. I’ve got a stone off feeling like I haven’t even had to diet, I’ve still eaten four or five times a day and been drinking two to three litres. It is a major difference to before where I was eating once a day, especially before a fight, with very little water intake, whereas now I’m doing more meals and more water and I’m still sitting at the same weight that I was struggling at. It just makes me think I should have done it earlier really.

“Basically I have had it explained to me that my body went into a mode where it held onto everything because I was giving it something stupid like 400 calories a day, where you need something like 1,500 just to wake up and lead a normal lifestyle. So I just went into some sort of massive retention, holding onto everything, which is why it took me until the morning of the fight to make weight. Normally I would just do a little skip or a brisk walk and I would be 8st 10lb, this time I was running five miles just before weighing in just get a pound off, I was that dry.

“Sometimes people have to do these things and they have said to me that if this ever happens again I need to say because it does happen. They said they would rather I had pulled out or done an eight-rounder and rescheduled.

“But being for the Commonwealth and on a big bill, I wanted to go ahead and I thought in my head that even the worst me would be good enough to win. I almost was, but it was a stupid thing to think because I clearly wasn’t. It is the most stupid thing I’ve ever done and I hope I will never box again not being 100 per cent.

“It is hard when you have done all your tickets and everyone wants to come, plus you are in a really good position on the bill – me and Liam Walsh were in the next two title fights on the bill. It was a big build-up of everything, me thinking I would still be good enough to win and make sure I get it right next time. Now I am in a worse position trying to claw my way back.”

Pettitt has long been touted for a tasty domestic duel with Liverpool’s Jazza Dickens for the British title, a fight he coveted, and is prepared to admit now that he committed boxing’s cardinal sin of allowing his mind to drift beyond the challenge he was facing. He believed that with the Commonwealth title routinely clinched, he could right the wrongs of his training regime in readiness for a dust-up with Dickens. 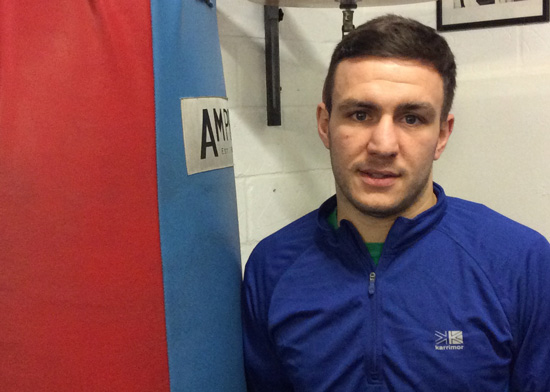 “I did in my head and it was a major mistake to make. In camp I was already thinking about boxing a southpaw, saying to myself that I am going to win the Commonwealth and face Jazza next.

“This was why I still boxed knowing that I wasn’t 100 per cent. I knew that I didn’t do weight properly, that I ran far too many miles in the last week, which is supposed to be the easiest week where we usually just do one-minute rounds on the pads.

“In my mind I was just thinking ‘win this fight, get it out of the way’ and then focus on the Jazza fight and look at what I did wrong with the weight.”

Those best-laid plans were shattered by Jenkinson’s jolting left hook, leaving Pettitt numb with despair. The following morning he tweeted a picture from the waiting room of his local A&E captioned ‘praying for good news’.

To compound his misery, Pettitt suspected he also had two broken hands to contend with. He did indeed suffer a slight hairline fracture to his left, with the right badly bruised and a prescription to avoid punching anything for six weeks. The only hitting, in his frame of mind at the time, was rock bottom.

“I was,” he sighed. “Luckily there is a little hospital just round the corner from me so I went round there to get my hands xrayed and I had a fracture in my left hand – both of them were really painful, but the right one was just a bit of ligament damage. They said I had to wait six weeks before doing anything, but I didn’t want to go straight back to the gym anyway after a tough fight.

“I was just sitting there thinking ‘what am I going to do now? What am I going to do?’, I was No.4 in the world for about a year and, if I won that fight, I may have got a surprise interim title shot or something. Now all of a sudden I’m nowhere.

“Everything was going through my mind, what route to take, what is the easiest way to get back – take a big fight straight away? I’d box Jazza tomorrow too if I could, I feel like I know what I did wrong already and I could be British champ and everybody could forget about it.”

To venture down well-trodden cliche territory, perhaps everything happens for a reason and the experience will actually serve Pettitt well as he steers his boxing career back on track. The journey begins again at London’s York Hall on January 22 when he gets to test out his new regime on the undercard of Ryan Walsh’s defence of his British title against Darren Traynor.

“In my head, the only reason that happened to me was because if I had done it against Jazza or whoever the British champion was, I would’ve been flattened because I was dead on my feet. I think it happened because when I do box for the British I don’t get flattened and actually win!

“Basically at the moment they want me to make the weight, get out in January and get a win, which obviously I plan to do in a couple of weeks time. Then I personally want the rematch, but I don’t know if I will get it. I will box any one of them though.”

Aside from dietary and fitness considerations, Pettitt acknowledges he also needed to address the professional balance of his life, for boxing is not his day job. The Quantity Surveyor by trade, the Erith man who trains in the evening at the iBox Gym in Bromley, admits that he needs to combine his occupations more effectively in future.

“Because I’d been winning doing it this way, I would usually just take fight week off and that’s it, sometimes just the Tuesday to Thursday and box Friday. Because I’d found it comfortable always working and staying busy. But, from now on, I’ve agreed with them that I’m going to have two to three weeks off every time I am boxing for a title.

“I have considered going full-time, but I’m in a good position and a decent job. They are happy to work with me and help me. There are days when it is tough walking around on site, but most of the time it is nice and easy in the office.”

While many boxers generally dread being handed a January date due to the implications to their festive consumption, Pettitt was happy to take this one on the chin as coming off a defeat did not place him in a strong bargaining position.

“That was my punishment to myself! If I had won I wouldn’t have boxed until March or would have got out before but, because I didn’t, that is my punishment. They are making me prove that I can do the weight sensibly on January 22.

“I trained Christmas Eve and Boxing Day so had Christmas Day off and had my Christmas dinner. There is not too much you can’t have, it is more about the chocolates afterwards and desserts! It is them bits that are bad, you can have the dinner and enjoy it, but it is a case of not having all the pickings that go with it.”

With a new year and a new beginning, Pettitt is hoping 2016 yields rich pickings for himself in the ring.