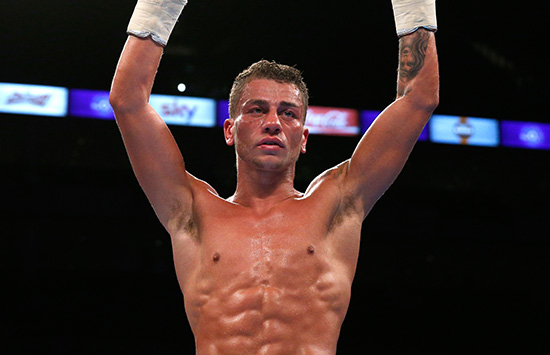 Lucien Reid is a man in a hurry as the days tick away towards what he hopes will be an especially productive 2017.

The short career of the 23-year-old has not so much stuttered, but certainly stalled, since he burst onto the BoxNation scene with a second round stoppage of Trayan Slavev at York Hall back in June.

Part of the reason for his inertia after making his debut under the promotional banner of Frank Warren was being caught in the traffic that results from being awarded mandatory status for a title challenge.

In recognition of his impressive entry into the professional ranks, Reid was put forward to square off for the Southern Area title held by Matthew Chanda.

Very much up for the fight, the super bantamweight waited and waited for the date to be slotted into the schedule, only for the Hackney man to eventually opt for an ultimately unsuccessful shot at the Commonwealth crown in November.

Reid was granted the consolation of an eliminator for the English title against Josh Kennedy but, by then, his own circumstances had changed and he was advised to bide his time.

The upshot of all this has been, not for the first time, frustrating inactivity that has tested the resolve of the former ABA champion.

Reid rejecting his eliminator contest was down in part to his decision to place responsibility for his development in the hands of Adam Booth, having previously worked out of Essex with Peter Sims.

The timeframes did not sit right with Booth, who is renowned for his meticulous nurturing of his young charges, which include Reid’s Queensberry stablemate Mitchell Smith.

“Chanda didn’t box me and went for the Commonwealth, then I had a fight booked for December 3 against Kennedy, but Frank Warren said there are much better options out there for me, plus I have only just moved trainer,” explained the father of one, who has recently departed from his London roots to set up home in Maidstone, Kent.

“I had literally just had two sessions and Adam said we had not had long enough together to be taking fights like that. I know I would have beaten him anyway but, to be honest, Adam had just had me working for two weeks solid solely on my jab.

“So I have to adjust to Adam’s style because it is totally different to anything I have ever seen.”

Good things come to those who wait and Reid acknowledges his lost time has been well spent learning different ropes at his new Redhill training base. 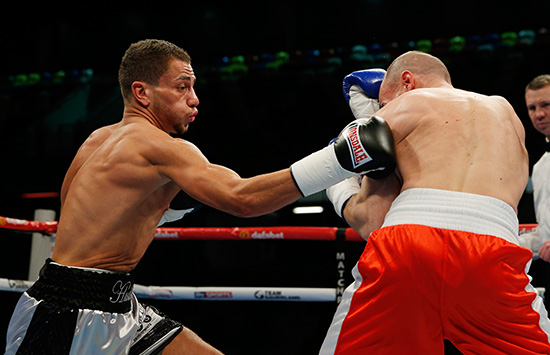 “Massively, because I know I am coming on leaps and bounds, especially with the sparring I am getting as well. I’ve heard I could be boxing at the end of February and I have set myself a three-year plan.

“The first phase is to fight as many times as I can, not really so much for titles, more that I have been a pro for two years and only had five fights.

“So I want to get that experience, then the second year would be to go for Intercontinental titles and stuff like that. In the third year it will hopefully be a world title.”

Reid made the always delicate decision to dispense with the services of his original mentor because he felt like his career was in need of a hefty kick-start.

He plans to start making some noise in the New Year and not just in the ring.

“To be honest I just felt my boxing career had just stood still and it felt like I wasn’t a boxer anymore,” he reflected. I haven’t boxed for six months currently and won’t be boxing for another two months.

“So I felt that I needed a change and I felt like I wasn’t being spoken about,” he added, pointing out that his former trainer-manager was particularly supportive when it came to making the call.

“I didn’t think Peter would be the way he was – he was unbelievable about it. I felt like my career wasn’t going anywhere and he accepted that I needed to change trainer and manager.

“Me and Peter got along, he was like a dad to me and I saw him all the time. He helped me out in a lot of ways outside of the boxing world as well, so I do respect Peter massively.”

Not that there wasn’t a heavy dollop of foreboding when the time came to break the news.

“It was scary, it really did scare me a bit!”

Reid intends on hitting the ground running in more ways than one, putting his best foot forward on the publicity front as well as behind his telling left jab and making sure his name is near the forefront of boxing conversation. 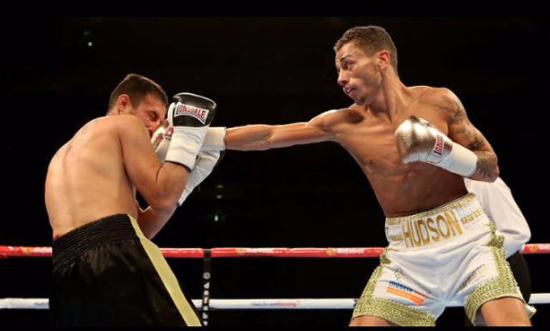 He acknowledges that perhaps he needs to become his own driving force in pushing himself to the front and to not always rely on others to do his bidding.

“I think I am a bit too nice, if I am honest, that is what I put it down to. I don’t really ask questions or stuff like that so I do think I need to start being a bit different.

“Since I’ve been with him for six weeks, Adam has had two meetings with Frank about dates, so things are happening now.

“I want to make 2017 massive, I want to step it up in every aspect of boxing – training, social media, fights – the lot.

“Especially with this new BT link-up, I know I can.”

The first bell rings on the BT Sport-BoxNation partnership in early 2017, bringing with it a bumper 30-date package of shows to the UK boxing market.

It has created an expectant buzz amongst the boxers and opportunity will be regularly knocking for those in position to seize the moment. Reid counts himself as one of those more than ready to step up to the plate – and plans to keep going back for seconds.

“I want at least seven fights! I reckon that should be easy enough considering most of my opponents I have got out in the second round.

“I was really happy when I heard the news, especially with the situation I was in with inactivity, I was happy to hear there will be 30 new dates added in every year. It did boost me up and made me feel that I do want to carry on boxing.

“It feels like I am with someone who can really push me now to get where I want to be.

“I just want to fight as much as possible and get the experience because if you look at my record I have boxed every four or five months and that is terrible for someone like me who trains every day without fail and never had an injury.

“Nothing is ever wrong with me, I can always fight, it is just for some reason I wasn’t being spoken about.

“I have said to Adam that I don’t care who I fight and just want to fight as much as possible. I just need to get the experience before I go into that title shot against people who have had like ten fights.”

Reid is stimulated by the vision of BT, who plan on showcasing not only the talent, but also the backstory of young fighters on their journey towards title contention. He strongly suspects he is made of the right stuff to appeal to what will be the widest of boxing audiences.

“I would love to do stuff like that because it feels like a new beginning now. It would be great for them to do things like that and I hope I can be on the first BT show.

“I know BT Sport won’t want just any fighters on there, they will want classy fighters on their channel. It can’t be like the David Haye shows where every fight is dreadful, they can’t have that.”

Only the best for BT and BoxNation.