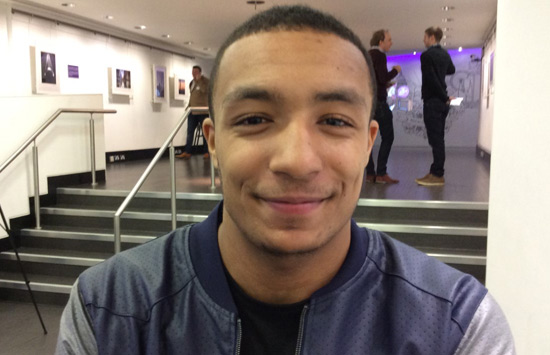 When Frank Warren, from time to time, publicly purrs over the potential of his 14-0 prospect Zelfa Barrett, the Manchester boy readily admits the warm words do provide him with a welcome spring in his step. Fishing for compliments closer to home, however, is a fruitless exercise.

‘Uncle Pat’ Barrett, where boxing is concerned, plays it deadpan and a word of praise from the former European champion is something to log in the memory bank – because it is not something which happens too often.

The 23-year-old knows the score and wouldn’t have his mentor any other way. His feet will be kept firmly planted on the canvas while he learns the ropes and the all the tough love certainly appears to be doing the trick.

Barrett has stopped six out of his last seven opponents inside the distance and is earning rave reviews for his snappy punching exploits on the North West circuit and beyond.

Hall of Famer Warren knows a goodun when he sees one and has been suitably impressed enough with the speedy development of Barrett to reward him with a slot on the huge Manchester Arena card on April 8, where he will seek to live up to his billing and back up the prophecy of his promoter.

“Yeah of course, because it is something I’ve always wanted to do so it is nice to see your hard work getting noticed and broadcasted,” said the product of the Collyhurst and Moston gym.

“Not many people see what you do in the gym, all they see is what you do in fights. I am more than happy and proud of myself for Frank to think highly of me.

“It is like being a footballer and your manager speaking well of you. You can try and brush it off, but it does give you that little buzz inside.

“Everyone likes praise,” he added, before addressing the flip side of the coin.

“My uncle Pat is a great trainer but he rarely gives you any praise, which is why I am where I am at now. He never lets anything go to my head.

“If I knocked a guy out in a second he would say I should’ve done it in half a second! Then he’ll find a reason why I should’ve.

“It is because he doesn’t want you to think you are better than you are. He is honest, criticism is good for you and he will tell me when I have done wrong and won’t shy away.

“Look at Floyd Mayweather snr, he would tell his son in front of anyone and there is no hiding behind the curtains. I believe I need that sort of yin and yang, which is perfect for me.”

When the man known throughout the years as ‘Black Flash’ does offer up a few kind words of encouragement, his nephew admits he will milk it for all it’s worth.

“Listen, I’ve sparred before and he has said ‘you’ve done great there’ and I have held on to that compliment for weeks!

“I’ve got another coach called Paul and he is the nice one and you need that in your camp. After the gym it is family, in the gym he is not my uncle.”

From turning pro in 2014, Barrett has frequently topped up his experience levels appearing on small hall shows promoted by his uncle. He will now be performing his art on the dual platform of BoxNation and BT Sport.

It is a showcase for his talents that he believes will make him step it up a gear as he prepares to punch to a whole new audience.

“Of course, it feels like another level. I’ve been on a mediocre level up to now and, I don’t want to make it sound too far-fetched, but this seems like a superstar level now, if you know what I mean.

“BT Sport? Jeez. When you train hard anyway, this is like doing that extra round when you are thinking ‘this is for BT Sport’. It sounds dramatic but, in my head, that is how I will channel it and do that extra mile.”

The April 8 show in his home town, appropriately dubbed ‘A New Era’, will see Barrett feature amongst an array of British boxing’s finest, with Manchester’s main man Terry Flanagan making a fifth defence of his WBO world lightweight title against Petr Petrov, as well as Liam Smith and Liam Williams getting together for what looks like a banker bet for ‘fight of the year’.

Throw in professional debuts for Daniel Dubois and Nicola Adams, not to mention Zolani Tete negotiating a final eliminator for the WBO world bantamweight title – Barrett knows he is keeping pretty good company.

“Of course, Liam Smith and Williams, Terry, me on it, Daniel Dubois, all the young up and coming fighters – it will be rocking in there,” predicted the local lad.

“I am just glad to be fighting on my doorstep and I can kind of picture myself there in the future fighting for a world title and winning one.

“It is good to see Terry there, people like him, (Anthony) Crolla and (Scott) Quigg are the local fighters to look up to – and sorry if I’ve missed out any of them!

“I look up to them and want to be where they are. I’ve seen them all from when they started boxing and seen how far they’ve come.”

Happy though he is to be fighting on the home front, Barrett knows full well just who will be the real man about town come fight night.

To his mind, the unbeaten world champion Flanagan is the undisputed headliner who he reckons doesn’t yet get the nationwide recognition he deserves for his achievements.

“You know what, I think a lot of people say stuff, but I think they do respect him because he has done it the hard way,” he reasoned.

“He is a prizefighter and has been an underdog. Not in my eyes because I know how good he is, but the respect is due because if you know boxing, you know Terry Flanagan.

“He is full or hard work and the Americans will soon catch on to him and, when they do, they will think ‘no wonder they call him Turbo’.”

While Turbo Terry is ready to go into overdrive, Barrett is having to content himself with occupying the inside lane on his journey to the top.

His uncle Pat has a career path mapped out for him and is not about to be tempted into taking any shortcuts.

Barrett was recently put forward by the Board of Control to contest the English super featherweight title against fellow unbeaten prospect Sam ‘Bullet’ Bowen and was subsequently called out on social media to stoke the fires for the fight.

The option was not taken up by Barrett’s team, but it was far from a case of dodging a bullet. The ring education syllabus set out by his uncle requires him to complete four more learning fights. After this, he will have graduated and can fight whoever he wants.

“I think it is 18 fights and then he says I can fight anybody. It is like being in the zoo and taught how to survive and then you get thrown in the jungle.

“You’ve got all the skills you need to learn, how to eat, how to sleep, how to look after yourself. That is how it is really – he just wants me to cover every single angle.

“When I’ve done what we need to do I will be let off the lead.”

The decision not to fight Bowen was taken on his behalf and Barrett admits the perception that he has ducked a challenge is one that irks him. If the choice was his, it would be game on.

However, he was prepared to take the inevitable Twitter digs on the chin because he believes in his uncle and will follow his script to the letter.

“It is annoying and I have seen the comments on Twitter about having no cojones or whatever. Me as a fighter, or me from where I’m from or how I’ve been made or built, I’ve always been a winner.

“So for it to be said I’ve avoided him, inside I am thinking ‘if only you knew what I am’. I know, if it wasn’t for my uncle Pat, I would fight him now.

“My uncle Pat has a plan and nothing is going to get in the way.”

If Bowen v Barrett is a good fight that has got away for now, if they both keep doing what they do and continue to clock up the wins, it will still be a fight worth making down the line.

“Hopefully, if he comes through whatever he is doing now and I hope he does. So if this is a good fight now, imagine it in 12 months time.

“I’ll get my knockouts and if he is good enough – I don’t know him though – then it will be a top fight.

“I’m just going to do what I am doing for now.”

With the next stop being the Manchester Arena on April 8.