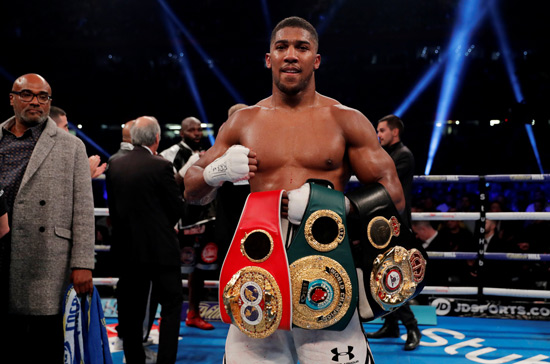 He seemed a cert until last weekend. Not that his laboured victory over stubborn stand-in Carlos Takam did his chances much harm but Lewis Hamilton’s celebrated acquisition of the Formula 1 world motor racing championships seems to have thrust him into pole position for the annual BBC award.
Petrolheads will be voting en masse for Hamilton. Will fights fans get behind Big Josh? We shall see. Boxing hasn’t had a SPOTY champ since Joe Calzaghe a decade ago.
Meantime Frank Warren has gone out on a limb and predicted that sensational young heavyweight Daniel Dubois is the one who will terminate Joshua’s reign – perhaps even by the end of next year.
You know what? I agree.
True, we’ve yet to see anyone clump man mountain Dubois on the whiskers but the fiercely aggressive way he fights from the first bell suggests not even Josh will get the chance.
I also agree with my mate Colin Hart that Dubois the biggest punching British heavyweight of all time.
So you can bet Joshua, having had a free taste of Dubois leathery power, will fend him off as long as possible.
It is now an undisputed fact that he was knocked cold in the gym by 20-year-old Dubois before he became world champ. Though the persistent rumour that he had to have medical treatment afterwards remains unconfirmed as all lips are sealed.
MUCH AS I like Big Josh I can’t go along with the latest Skyperbole that decrees he is the already the best British heavyweight of all time. Indeed, I can think of four others who I believe would have beaten him at this stage of his career: Lennox Lewis, Joe Bugner, Frank Bruno and Tyson Fury.  Anyone disagree? 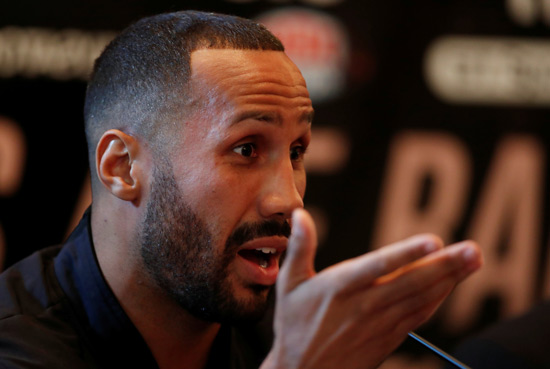 GOOD TO SEE James DeGale and Frank Warren sharing a press conference top table again this week prior to the talent-packed CopperBox show on December 9.
I have known and liked ‘Chunky’ since his amateur cays. He was the first Olympic gold medallist Frank signed. They made a good team and now back as a world super-middleweight champion after his globetrotting, DeGale is poised, along with newly recruited fellow world kingpin Lee Selby, Anthony Yarde, Daniel Dubois, Carl Frampton, Josh Warrington and a whole other fistful of great young prospects to set the world alight in what is potentially one of boxing’s best-ever New Years.