The day I put Smokin’ Joe Frazier on the floor

It was exactly 50 years ago last week that Joe Frazier made his professional debut stopping Woody Goss in the first round in hometown Philadelphia.

The anniversary is a particularly pertinent one for me as it is a reminder that, had it not taken place, and Frazier not gone on to become world heavyweight champion, I might well have been held responsible.

Because I am one of only two people (George Foreman was the other) ever to have put the great Smokin’ Joe on the floor.

And had he not got up his career could have been curtailed almost before it began. 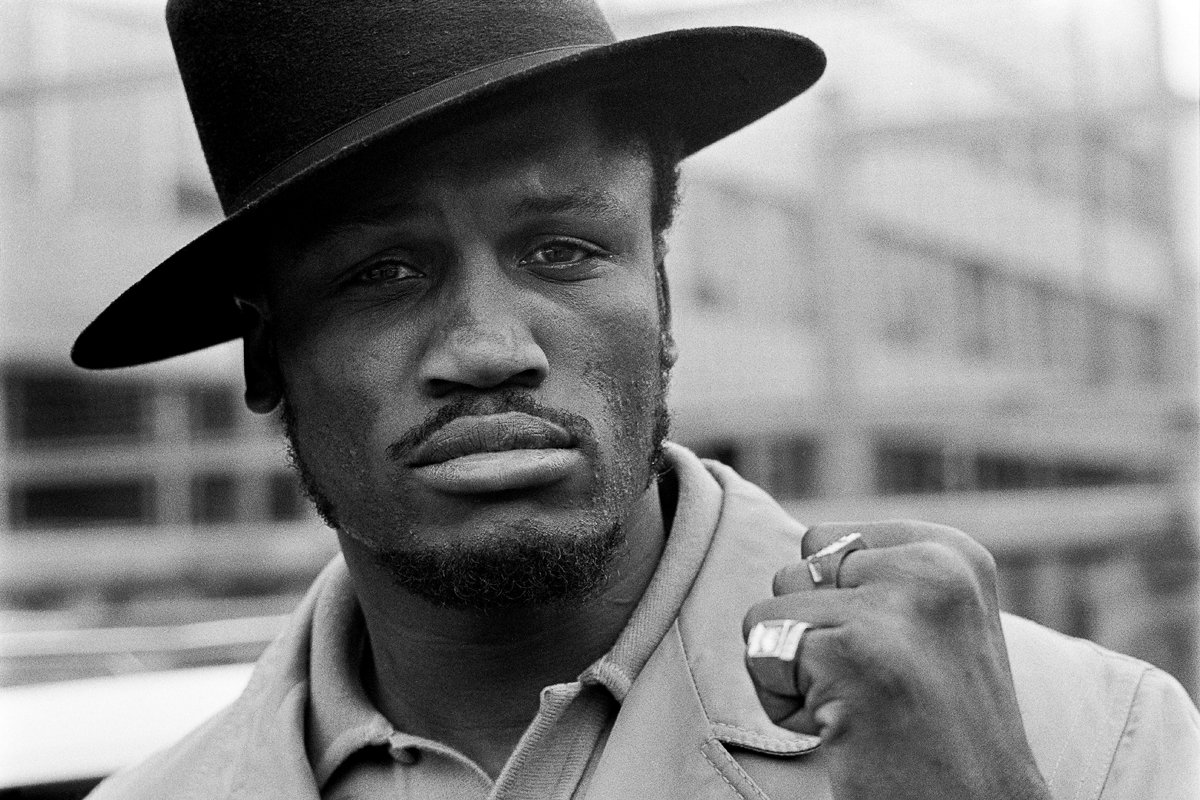 It happened at the 1964 Tokyo Olympics – the very first Games I covered. In those days security was far more lax than now, and we media types were permitted to roam the Olympic Village unaccompanied.

I was doing just that when around a corner on a bike hurtled a large, thick-thighed young man in shorts pedalling furiously at breakneck speed. He saw me rather late. I jumped; he swerved, skidded and fell off heavily.

I recognised him from his T-shirt as a member of the United States team, one Joseph William Frazier, their heavyweight representative in the boxing tournament.

I gulped as I looked down at the cursing figure spreadeagled in front of me “My God,” I thought. “Am I in trouble here!”

I worried that he had been badly hurt enough to put him out of the Games –or worse. Was something broken?

Young Joe – he was 20 – glowered at first, then hauled himself up, rubbing his grazed knees. He grinned sheepishly and apologised. “Sorry man, I guess I was going a bit fast,” he said. “My fault. You ok?”

I nodded and my sigh of relief was audible. We shook hands and I wished him luck in the forthcoming Olympic tournament, hoping that this near-catastrophe had not damages his chances.

It hadn’t. He went on to win the gold medal, deploying the wrecking ball of a left hook that was to become his trademark in the semi-finals against a Russian, on whose features he broke a thumb.

That injury restricted his punching power in the final, when he outpointed the German Hans Huber on a majority decision.

The next time I saw that left hook in action was at Madison Square Garden seven years later when it fractured the jaw of Muhammad Ali in the final round. Bravely Ali survived the count but Frazier had clearly won the first of what was be the most memorable trilogy in boxing history.

Back then Olympic gold medallists traditionally graduated to become professional world champions, as Ali did after acquiring the Olympic light-heavyweight title as the 18-year-old Cassius Clay in Rome in 1964 and Foreman, Frazier’s eventual nemesis, did at Mexico City in 1968.

The sad passing of Smokin’ Joe at 67 in November 2011 from liver cancer evoked also memories of heavyweight boxing’s golden era in the 1970s when champions like himself, Ali and Foreman fought each other for genuine titles and not disparate bits of bling. 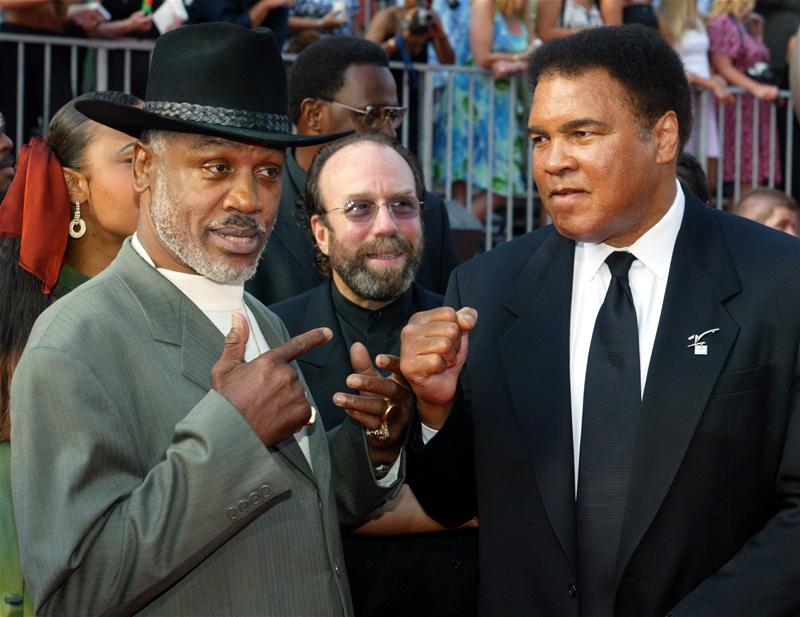 Fortunately, Frazier had been rather more kindly disposed towards me than he ever had been with Ali. Here was a simple, honest artisan who never really understood the nuances of the artist Ali’s often insulting but calculated ticket-selling hype, which actually enriched them both.

Frazier will be remembered as much for his blind courage in that defeat as his thundering supremacy when he became the first man to overcome The Greatest.

They shared an incomparable period in both Olympic and world championship boxing. Between them they and their contemporaries produced fights that were unforgettably dramatic.

I am fortunate to have been at most of them, including the Ali-Frazier Fight of the Century in New York, The Rumble in the Jungle and the Thilla in Manila. As well as the savage encounter when Foreman literally blasted Frazier off his feet five times in two rounds in Kingston, Jamaica, and Don King, who had entered the ring with Frazier, unashamedly swopped sides and left with Foreman, waving a miniature US flag.

Of them all, the third Ali-Frazier fight – the 40th anniversary of which looms at the end of next month – remains etched indelibly in the consciousness, not just for the raw intensity of their attrition, but for a poignant moment afterwards.

Then world championships were fought over 15 rounds and at the end of the 14th in pressure cooker that was the Coliseum in the Manila suburb of Quezon City on that steamy Filipino morning (the fight began just after breakfastime for US TV) Frazier, blinded in one eye and his face a grotesque gargoyle, was compassionately ordered to stay on his stool by his trainer, the legendary Eddie Futch.

He angrily remonstrated but Futch said calmly. “Sit down son. It’s all over but no-one will ever forget you did here today.”

And no-one has, least of all Ali. I was in Frazier’s darkened dressing room later when Ali, who himself had been close to a bruising defeat, collapsing even before they could raise his arm, walked in and saw Frazier’s then 14-year-old son Marvis (later to himself become a  heavyweight contender battered by Larry Holmes and Mike Tyson, and subsequently a preacher) sobbing on a bench.

Ali patted Joe on the shoulder and then walked across to Marvis. “What you cryin’ for boy?” he demanded

Ali snorted.”You stop that boy, you hear. Your daddy ain’t lost nuthin’. No-one lost. Your daddy’s a winner and you just remember that for the rest of your life.”

The great irony is that while Ali had extended the hand of friendship to Frazier, it was not reciprocated until more than 30 years later when this sharecropper’s son, an uncomplicated man who never really understood the nuances of the  Ali hype, finally recognised that what The Greatest was doing was selling tickets and enriching them both.

Throughout the years Smokin’ Joe had had smouldered with resentment at the deeply unsettling insults Ali had flung in his direction, even calling him an “Uncle Tom.” Which Frazier certainly was not.

When Ali, stricken with Parkinsons. was called upon to light the Olympic flame in Atlanta in 1996 tears were shed around the world. But not in Frazier’s Philadelphia home. “They shoulda thrown him in it,” he is said to have growled.

Until a couple of years before his death , when there was an uneasy  rapprochement of sorts, Smokin’ Joe still smouldered with resentment. When you called him you would get this answer-phone message: “Float like a butterfly, string like a bee. I done the job, he knows, look and see” – a reference to Ali’s physical decline from Parkinson’s, and doubtless the effects of that final fight with Frazier which Ali himself described as “the closest thing to dyin'”.

It was an apology from Ali that finally ended the one-sided feud.”I said a lot of things I shouldna have” he admitted. “I called him names I shoudna done. I apologise for that.”

Both will be forever entwined with each other as arguably sport’s greatest double act, topping even Borg and McEnroe and Coe and Ovett.

But as an example of where America sometimes gets it horribly wrong they have erected a statue in Philadelphia in honour of the city’s “most famous fighting son”. Ironically, it is not of Joe Frazier, but Rocky Balboa, the celluloid creature created by Sylvester Stallone.

Smokin’ Joe deserves a better epitaph than that. 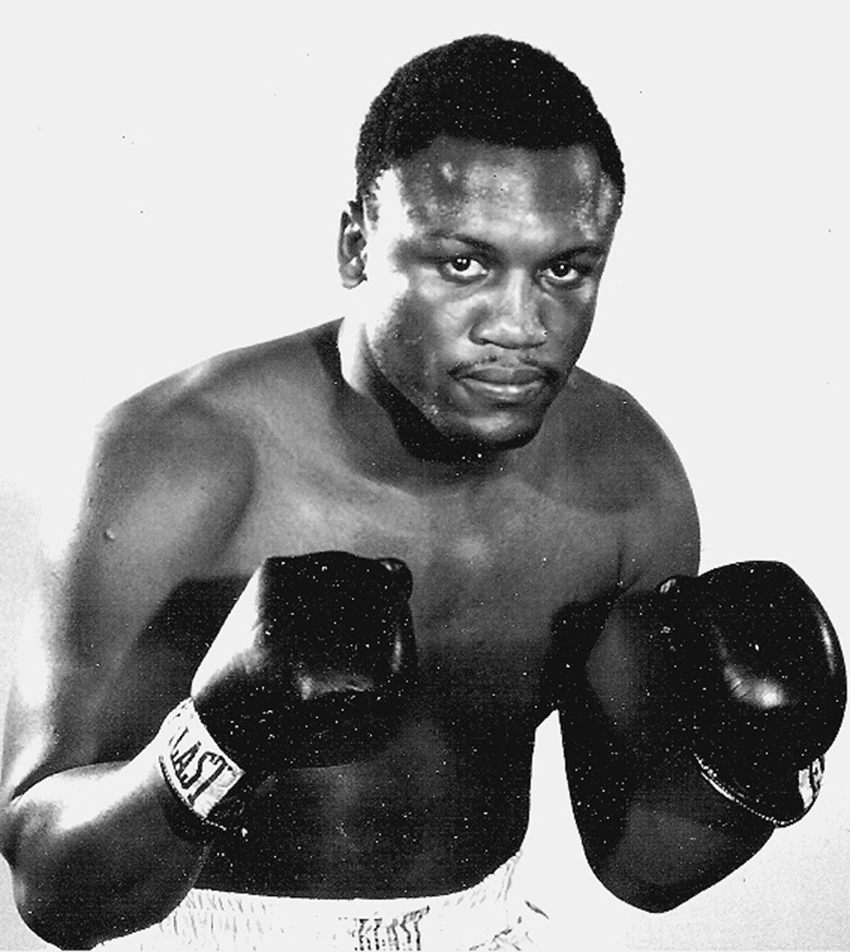