The day Tyson took a tumble and Ali turned nasty 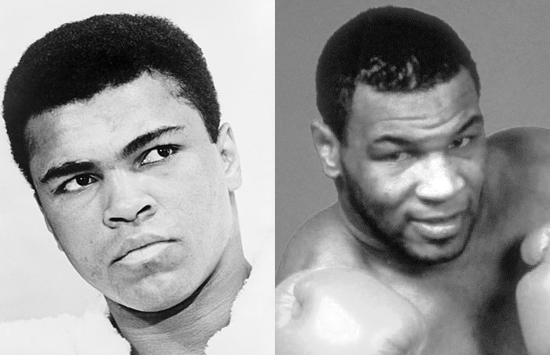 Ask any student of boxing to name the two outstanding world heavyweight champions of the post-war era and surely the answer has to be Muhammad Ali and Mike Tyson.

Alas, the pair never met in the ring, though had they done so at their respective peaks I have always believed that Ali’s’ ethereal artistry would have prevailed over the brutally artisan Iron Mike, whom Ali would have outthought and outfought both psychologically and physically.

But such is one of the wonderful imponderables of the fight game; something we will never know.

Thinking about such an epic encounter reminds me that this week has marked a milestone on the careers of both… one that casts a dark, ignominious shadow over boxing’s contrastingly odd couple – in victory for Ali, and defeat for Tyson.

It is exactly half a century since Ali’s most sadistic moment when he demanded of opponent Ernie Terrell “What’s my name?” with every blow he threw in their 15 round fight at the Houston Astrodome on February 6, 1967.

Three years after wresting the world title from Sonny Liston and shedding his “slave name” of Cassius Clay after becoming a Muslim, Ali delivered one of the most savagely lop-sided beatings ever witnessed in a boxing ring.

The spectre of the Vietnam War was looming over him and while the stance he courageously took against the conflict – “I ain’t got no quarrel with them Viet Cong” – is today admired as his defining act of political activism, in 1967 it was, in America, viewed in a different, hostile light almost as treachery.

In Houston a crowd of 37,321 gathered inside the famous Astradome to witness the meanest side of Ali’s arts.

The giant (6ft 6in) Terrell, then the WBA champion, was a former friend, roommate and sparring partner when Ali was Clay, sharing rooms, rings, gyms in Miami and long car journeys in the early 1960s when they were both young prospects in the heavyweight business.

What had begin as an apparent ticket selling publicity stunt when Terrell declined to call Ali by his Islamic name, descended into a cruel, callous annihilation which totally tarnished Ali’s image as he taunted his bloodied rival, repeatedly demanding “What’s my name?”

The snarling Ali seemed almost maniacal. Before the fight he called Terrell “an Uncle Tom nigger” and said: “I’ll make him eat those words, letter by letter.”

The visceral moment came at the conclusion of the eighth. Ali again barked ‘what’s my name, who am I, what’s my name?’ as the blood poured down Terrell’s chest. The bell rang but Ali continued the confrontation – ‘what’s my name, WHAT’S MY NAME?’ 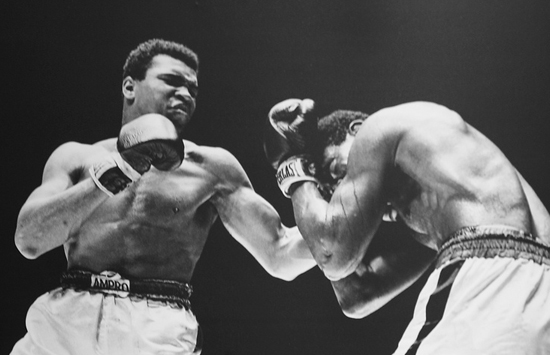 Most felt he could easily and humanely stopped Terrell but instead wanted to continue to belittle and punish him. It was the least edifying spectacle of Ali’s entire career, and one which dwarfed the brilliance he showed in the execution of his sublime footwork and dexterity of delivery.

“I had only known him as Cassius Clay,” Terrell was to say later. “It was not an intentional insult, nothing that I planned, but I saw how he reacted and I just kept on calling him Clay.”

The watching world winced as Ali employed virtually every dirty trick in the trade, sticking a thumb in Terrell’s left eye then rubbing it along the ropes. At the start of the 13th round, he spat at Terrell’s blood-stained boots. “What could I do?” Terrell asked. “I could not quit and that meant I had to keep fighting – I could see two or three of him because of the damage and trust me, one is enough.”

Terrell was suffering from double vision in that left eye, and was never the same fighter again.

It was the total humiliation of a lovely guy. Terrell, an accomplished songwriter who held the WBA title from 1965 to 1967, and was one of the taller heavyweights of his era, and the older brother of The Supremes’ Jean Terrell, who succeeded Diana Ross as lead singer. Jean also sang with his group Ernie Terrell & the Heavyweights.

In 55 professional fights, Terrell had a record of 46 wins (21 by knockout), nine losses and no draws. After retiring from boxing in 1973 following a knockout loss to Jeff Merritt, he began a career as a record producer in Chicago, where he also became a boxing promoter, staging fights involving Brits Frank Bruno and Barry McGuigan in 1983.

He also dabbled, albeit unsuccessfully, in local politics and died at 75 in 2014 – two years before Ali passed away. He had been suffering from dementia.

“We are friends now, good friends,” Terrell insisted whenever he was asked about Ali. He remained generously philosophical about his beating, and in 2009 said: “We were fighting … I bore no animosity. What he say, all that, don’t count. That was his way of promoting the fight”

And so to today, the 27th anniversary of Mike Tyson entering the Tokyo Dome ring at 9am on 11 February 1990 as the undefeated heavyweight champion of the world.

After 10 rounds with the massive underdog Buster Douglas he was sent crashing to the canvas.

“I didn’t want to fight; all I was interested in then was partying and f****** women.” Tyson later recollected of what is generally recognised as the biggest upset in the history of the division.

Most bookmakers refused to take bets for the fight. The Mirage, the only casino in Las Vegas willing to offer odds to punters, rated Douglas as a 42-1 underdog. They didn’t seem to care about making money from anyone stupid enough to back Douglas.

“I didn’t consider Buster Douglas much of a challenge,” remembers Tyson. “I didn’t even bother watching any of his fights on video. I had easily beaten everybody who had knocked him out.”

Not only did Tyson not bother to watch Douglas in action, but he barely trained for the fight, bar a few sparring sessions with Greg Page.

The highly unfancied Douglas had himself flopped into Tokyo with a glut of personal problems and a pockmarked record that hardly inspired confidence. Yet he had two things in his corner, a great jab and psychologically he was one of the first fighters in that era who genuinely carried no fear in sharing the ring with the monster that was Tyson.

From the opening bell he surprised Tyson with his confidence and jab. Tyson was probably hit with more punches in the early rounds than he had been in all his other fights put together and when he went back to his corner after round three he was literally screamed at by his team to shake him into some sort of action.

It would fall on deaf ears however. Only a hugely controversial eighth round gave him a salvation of sorts when he floored Douglas only for an agonisingly slow count to save his dazed opponent.

It was the last chance Tyson would get. Douglas ramped up from round nine rocking Tyson on to his back heels. Suddenly all those years of inflicting pain on his opponents came back to haunt him as the role reversal saw the hunter becoming the hunted. It was all he could do to survive the round.

With his face marked and swollen, he wouldn’t survive much longer. Walking on to a huge Douglas uppercut Tyson was seconds away from defeat. A combination of four punches a minute into round 10 saw the Baddest Man On The Planet now The Baddest Man On the Canvas.

The sight of a stricken Tyson scrabbling on his knee for his gumshield and not beating the count remains one of the most jaw-dropping moments in the history of boxing. Iron Mike had finally melted.

But Tyson was not willing to hand over his title that easily, and soon after the fight launched a campaign to strip Douglas of the title – claiming he should have been counted out in the eighth round.

Although Tyson ultimately lost the appeal – it spoiled what should have been a night of celebration for Douglas and embroiled him in a legal battle that lasted months. 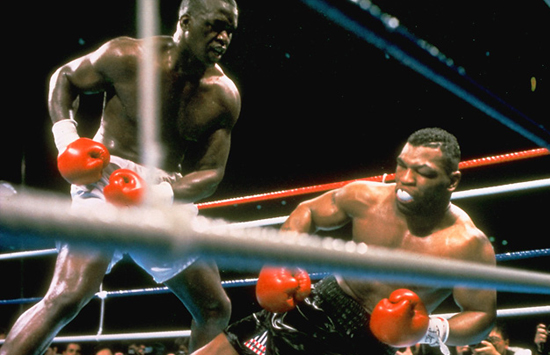 Even now, Douglas brands Tyson a ‘big-time sore loser’ and admits the pair barely spoke to each other when they met for the first time since the fight four years ago.

“He was upset that night I beat him. He was whining and complaining like a baby in a crib.”

But while Tyson, who turned 50 last June, went on to have a long and lucrative career in the ring, as well as some infamous peccadilloes outside it, Douglas’ moment in the spotlight was short-lived.

He held the title for only eight months and two weeks, losing in his first defence in October 190 to Evander Holyfield via a third-round ko.

He fell into a pit of drinking, binge-eating and depression, struggling to cope with losing both his parents and the shooting deaths of two of his brothers. He almost died himself after falling into a diabetic coma.

However he earned $7million from the unsuccessful defence, enough to live on comfortably and quietly at 57 in home-town Columbus, Ohio, still remembered as the man who shot boxing’s Liberty Vallance.