The slur that made a great champion come out fighting

‘On Boxing,’ by the female American novelist Joyce Carol Oates is reckoned to be as fine a book on the subject as any ever written.

It is said that within boxers and the boxing milieu you find most of the emotions and tensions that make stirring literature.

In latter years Hugh McIlvanney has been the nonpareil of British wordsmiths with his ethereal prose on boxing in The Observer and Sunday Times, while another who had us mere mortal hacks drooling with envy at his wonderful phrase-turning was the late Frank Keating.

Since Keating passed on The Guardian’s pages have been occasionally graced – as have those in Boxing News – by a scribe who in his interviews brilliantly captures the raw intensity of the ring and the indomitable character of those who inhabit it.

In recent years Donald McRae has emerged as one of the most vivid and cerebral of boxing writers, his absorbing essays being a delight to all who live and love the gnarled old game.

McCrae is a South African-born author of some of the best books on modern-day boxing ever written, among them The Dark Trade and In Black and White, both winners of the William Hill Sports Book of the Year.

I will be surprised if he does not achieve the hat-trick with his latest  A Man’s World,  the story of the troubled double life led by the former world welterweight and middleweight champion, the late Emile Griffith, is one of the most compelling books on boxing I have ever read.

It graphically depicts the hell endured by a homosexual sports figure in times when being gay (a euphemistic label that had yet be affixed) was not only unfashionable, but illegal. 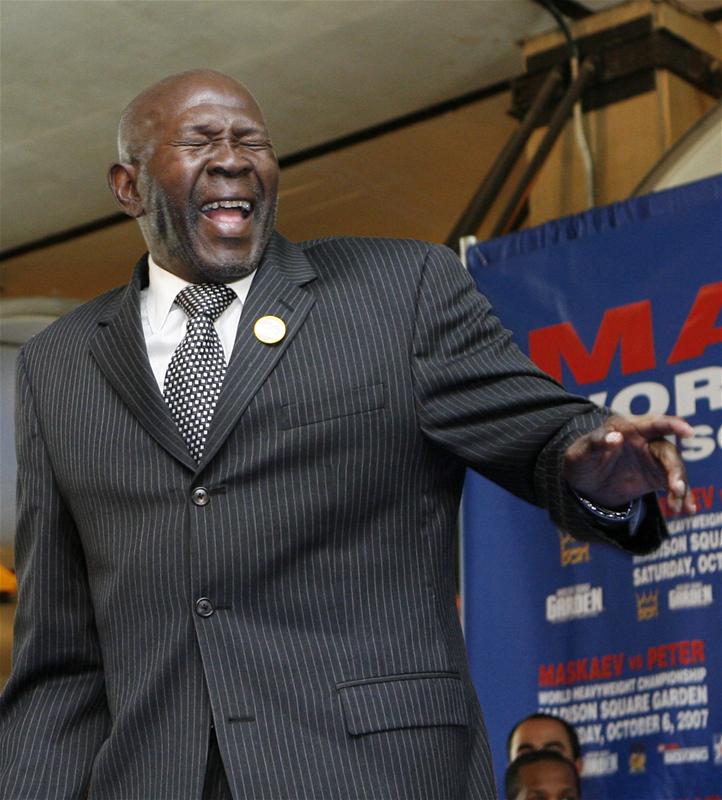 McRae writes:” Emile Griffith was gay at a time when homosexuality was derided as a disease, condemned as a sin and classified as a crime…in every state in America bar Illinois.

Griffith, born in the Virgin Islands but a native of New York, may have been ‘queer’  but as McRae says, that did not impinge on his decency as a man and his ferocity as a fighter.

It took many years for Griffith  to finally declare the homosexuality that was an unspoken backdrop to his career. Unspoken, that is, except, tragically, for the man from whom he first won the welterweight crown, the Cuban Benny “Kid” Paret.

They fought three times and, on the third occasion, at Madison Square Garden, a smirking Paret taunted him with the word “maricon” – Spanish slang for faggot – and stood behind him the weigh-in simulating an explicit sexual act and hissing:”I’ll get you and your husband.”

An outraged Griffith had to be restrained by his trainer Gil Glancy who snapped ”Save it for tonight!”

He sure did. In that fateful, 12th round of the fight on March 24, 1962, a still-seething Griffith battered Paret unconscious. While the Cuban was propped up against the ropes, Griffith struck him repeatedly for several seconds, unleashing 23 blows before referee Ruby Goldstein belatedly hauled him off.

Paret never regained consciousness, and died ten days later. Griffith was to say: “I keep thinking how strange it is… I kill a man and most people forgive me. However I love a man and many say this is unforgivable and this makes me an evil person. So, even though I never went to jail, I have been in prison most of my life.”

Griffith was a six-time world champion at welterweight and middleweight in the Sixties, now installed in boxing’s Hall of Fame. There was always speculation about his sexuality – he talked with a lisp, had an effeminate gait and had worked as a milliner designing women’s hats.

As McRae tells in his book, I was among those raising eyebrows when Griffith fought at Wembley against Brian Curvis. When we went to his dressing room afterwards he was passionately kissing one of his cornermen.

But those were the days when no one asked questions and to admit to being gay, especially in an environment like boxing, would have been professional suicide.

McRae also unearths several hitherto little-known nuggets about the most prolific of champions – Griffith fought 337 world championship rounds, 69 more than Ali in times when there were only eight world champions.

For instance, boxing aficionado Frank Sinatra was so fascinated by Griffith – he said he was like no other boxer he had met – that he tried, unsuccessfully, to buy his contract from co-managers Clancy and Howie Albert. Instead he had to be content with shouting tactical advice from the Wembley ringside when Griffith fought Curvis.

Griffith, outside the ring a gentle man in every sense of the word, died in 2013 aged 75 in a Long Island care home, suffering from dementia.

(A Man’s World by Donald McRae is published by Simon and Schuster, £20).

Not happy as Larry

Anniversaries are meat and drink for long-time fight fans. We wrote here yesterday of the 40th coming up next week of The Thrilla in Manila but here’s a curious coincidence.

On September 21 1955 Rocky Marciano defeated Archie Moore to move to 49-0 not out in what was to be his final fight. And 30 years ago on exactly the same date (last Monday) Michael Spinks controversially stopped Larry Holmes from matching Marciano’s record.

Here’s another fistic oddity, too. Ali and Frazier remain locked in history as boxing’s greatest double act after their memorable trilogy, and fittingly both had their final fights in 1981-though not against each other. Their respective opponents were  a pair of bruisers barely fit to share the ring with them in their prime. Trevor Berbick embarrassed Ali in the Bahamas on December 11; eight days earlier in Chicago, Frazier, returning after five years in retirement, drew with Floyd “Jumbo” Cummings, and finally quit.

Some weeks ago we highlighted how ridiculous it was that Philadelphia should honour the celluloid Rocky Balboa with a statue as the city’s favourite fighting son and not the authentic one, Joe Frazier.

Thankfully this has been rectified.

Thousands gathered in Philly last week to witness the unveiling of a 12ft statue of Smokin’ Joe, immortalised in bronze, and not before time. 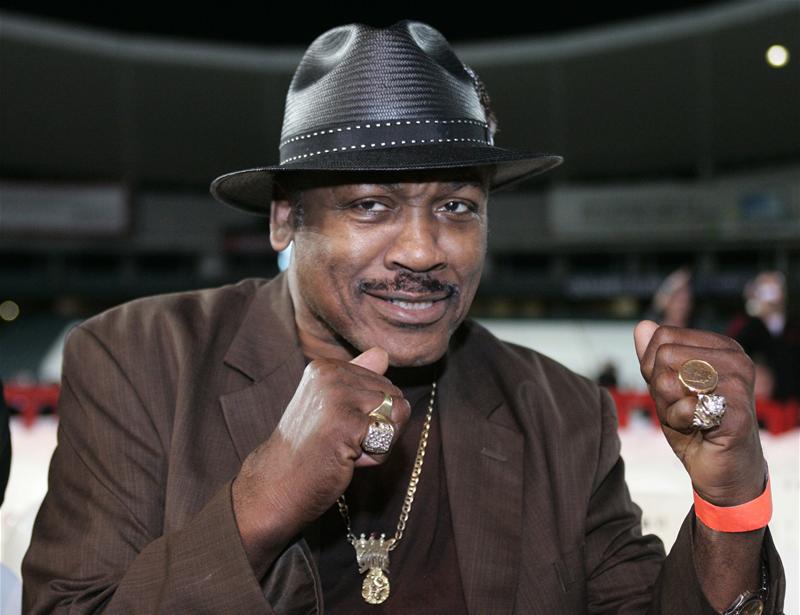 Among the VIP’s present beneath the plinth at the X-Finity Live Sports Complex, former site of the famed Spectrum were the former world heavyweight champion’s 11 children and 28 grandchildren.

Sculptor Stephen Layne has depicted Frazier following through with the left hook that exploded on Muhammad Ali’s jaw and sent him crashing to the canvas in the 15th and last round of their epic first encounter at New York’s Madison Square Garden, in March, 1971.

Sylvester Stallone, whose own statue sits beneath the steps of the Art Museum which Rocky famously runs to the top of while training for his screen fight with Apollo Creed, did not put in an appearance. As it happens the only thing Rocky and Frazier had in common was that both once worked in a slaughterhouse.

Joe’s son Marvis, to whom Ali had apologised in his Manila dressing room for the slurs made against his father which he swore were made in the cause of hype and fight-promotion, proudly said, “It took a little while, but it’s here and the Fraziers say thank you.”

Quotes of the Week

“Some watches I bought, I think now: why the hell did I pay that much for a watch? Like how much?  “Sixty grand?” Sixty grand! You could buy a three-bedroom house in Bolton for that.  But I was young then. I used to have Lamborghinis, Ferraris parked up outside the house – just parked there with no one driving them! Now I’m much wiser and I only have one car that I drive. What’s the point of having three cars just parked up when you don’t need them?”

Paddy Fitzpatrick hints that George Groves may seek a new trainer after his world super-middleweight title loss to Badou Jack.